Intermittent fasting, its health benefits for you and weight loss without the calorie counting

UK-based nutritional therapist and author of The Gut Makeover Jeannette Hyde, has just published The 10-Hour Diet that explains the weight-loss benefits of intermittent fasting.

Fasting – voluntarily restricting when to eat – has been practised for centuries, for philosophical and religious reasons, and for better health.

Ancient Greek physician Hippocrates advocated it for treating certain ailments, believing a fast helped the body heal itself. Muslims fast during Ramadan. Jews and Hindus observe fast days, and Catholics used to abstain from food for 24 hours before receiving holy communion. First recorded in the 5th century BC, the practice has now emerged as a top health trend.

Intermittent fasting, also referred to as time restricted eating, is about narrowing the time window in which you eat, to narrow your waistline. A recent study in the New England Journal of Medicine found 75 per cent of surveyed female physicians use intermittent fasting for their own weight loss .

People like intermittent fasting because it is simple, says Krista Varady, a professor of nutrition at the University of Illinois and director of the Metabolic Kitchen in Chicago. “You don’t need to count calories or buy special foods. It’s accessible,” she says.

Anthea Smith, 45, a manager at British Telecom who follows a 5:2 regime – fasting two days out of seven – agrees. “There’s no meal planning or prep, no weighing out portions, no kit needed.”

Smith sometimes fasts up to 34 hours, starting her fast at 9pm the night before a fast day and breaking it with morning tea the day after. She fasts primarily for weight loss, “because I love food”.

Her regime allows her the freedom to enjoy the food she likes on non-fasting days. “I can’t stick to diets. I usually give up ‘traditional’ diets after a week or two.”

The mother of two says the first couple of long fasts are hard as your body gets used to it. “Hunger pangs are real, but they fade quickly if you keep busy. My hardest time is preparing meals for my toddlers and helping them eat while I can’t. Sausage, chips & beans have never been so appealing.”

She has discovered other benefits from fasting. “My Fitbit tells me my sleep is much better on fasting days, and as a result, I perform much better the day after a fasting day; I seem more productive.”

Phil Rosen, a former health and fitness columnist for the Chinese University of Hong Kong who recently returned to California, is another keen faster. He sees it as an effective way to stay fit for people who struggle with dieting.

“This isn’t a diet, it is a lifestyle. I intermittently fast every day. But the discipline of fasting allows for the freedom of eating more of what you want within your ‘window’,” Rosen says.

Varady, who co-wrote the 2013 bestseller The Every-Other-Day Diet: The Diet That Lets You Eat All You Want (Half the Time) and Keep the Weight Off , advocates a six-hour eating window.

The 18-hour fast that follows results in many more clinical benefits and better weight loss compared to an eight-hour, or 10-hour window, she says.

“Short-term fasting induces a cellular repair process called autophagy. Cells use old and unneeded cellular material and proteins for energy, and that, in turn, may lead to protection against neurodegenerative conditions and cancer ,” Lau says.

The key is the length of the fast, and to induce autophagy requires low liver glycogen, which is usually only achieved after about 14 to 16 hours of fasting, possibly longer. That is why Lau urges anyone considering fasting to speak with a doctor or dietitian first.

The New England Journal of Medicine’s review outlined many of the proven benefits of fasting. Experts weigh in on four of them, described below.

Jeannette Hyde is a UK-based nutritional therapist and author of The Gut Makeover . She has just published The 10-Hour Diet , in which she describes the weight-loss benefits of intermittent fasting  as “gentle”, about 3.5kg (7.7lbs) shed over three months.

“This is thought to happen as people have to finish eating earlier in the evening so they aren’t consuming the usual calories from snacks on the sofa after dinner. Also, food eaten earlier in the day is burned up more than calories eaten late at night,” Hyde says.

Read Also
What doctors want you to know about intermittent fasting 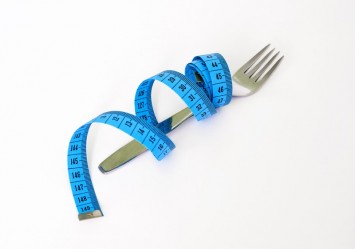 “When people wake up in the morning and stretch the fast from 12 to 14 hours, they burn fat in this window by pushing breakfast back a bit and starting their day’s eating later.” She advocates a 14-hour fast, eating from 8am to 6pm, or 10am to 8pm, say.

Paul Jefcoate, a researcher in chronobiology and nutrition metabolism at the University of Surrey in the UK, agrees there might be a temptation to “cram” in calories during the feeding window, but says “this simplified approach to feeding-fasting” does seem to lead to eating fewer calories.

The biggest plus to eating this way, Jefcoate says, is that no foods are off the menu – though it still requires a sensible approach to eating.

In overweight men and women, he says, time restricted feeding has been “shown to reduce appetite and increase fat loss”.

A recent study from Baylor College of Medicine in Texas indicates that fasting reshapes the gut microbiota and that in turn lowers blood pressure.

Hyde says that research shows that within “just three months of practising 14-hour overnight fasting, and eating no later than 8pm, subjects’ blood pressure went back into normal range.

“It is thought to be a result of eating in the day when our bodies are designed to, rather than eating late at night, which we’re not designed to.

“Eating late can put a lot of strain on our digestive system and other organs such as the heart due to our circadian rhythm – the natural times that functions in the body happen.”

She adds: “When we give the body a rest from digesting, by fasting overnight, the body goes into repair mode, autophagy, where cells are repaired and old ones are slung out.”

Joëlle Touchette Bradford, a naturopathic doctor at the Integrated Medicine Institute in Hong Kong, says we shouldn’t consider fasting as starving but as giving the body time to heal.

If you are really bloated, for example, just fasting for 20 hours is enough to get back to a state of optimal digestion, she says.

And it presents the opportunity for the body “to focus on calming down any inflammation , process any food that remains in the system and healing any minor wounds”.

With a reduction in inflammation comes faster cell turnover – thanks to that autophagy, described as an important detoxification function in the body to clean out damaged cells.

Touchette Bradford says a break in eating allows for ‘cellular pruning’. “It gives the body a chance to heal and rid itself of cellular rubbish which can slow repair and even cause us to age faster.”

The theory is that intermittent fasting may help to regulate our circadian rhythm which determines sleep patterns. A well regulated circadian rhythm means you’ll fall asleep easily and wake up feeling refreshed, according to research published in 2018 in Nature and Science of Sleep .

If you stop eating before sunset, you’re encouraging your body’s natural sleep pattern by “circadian fasting”.

When you go to bed on an empty or almost empty stomach, the internal clocks in your digestive system sync with the ones in your brain; you’re switching off the internal lights before you switch off the external ones.