If a tiger is going to bite you, will you ask for help?

A popular answer in the Chinese online community goes: "No, I won't. I may just die if no one helps me. But if someone does, I'll need to say 'hi'."

The joke is from female stand-up comedian Niao Niao who became famous largely by making fun of social phobia, a problem plaguing a growing number of young Chinese people.

The term "social phobia", shortened as shekong in Mandarin, has become an online buzzword in recent years as more and more young people say they're afraid of socialising in the real world.

Topics related to shekong are among the most heatedly discussed on social media apps like Weibo and Zhihu.

About 80 per cent of Chinese university students believe they have mild symptoms of social phobia, or social anxiety disorder, according to a survey of over 4,800 students by the China Youth Daily in November last year.

About seven per cent said they had serious symptoms, the survey found.

While the survey was based on self-perception, a medical study published in scientific journal PLOS One in 2020 also suggested that the rates of social anxiety symptoms among young people in seven countries, including China, are increasing.

The study, done by researchers from the US and Canada, found that in China, 32 per cent of people aged 16-29 years met the medical threshold for social phobia.

"It is quite common among adolescents today, who, supposedly at an age of curiosity and exploration, often refuse to go out of their homes or meet anyone," she said.

"It's a global issue as social media dominates our daily life, but I think its influence on China, especially teenagers and young adults, is bigger than many other parts of the world. They are overly reliant on non face-to-face communication," she said.

Li Li, a 17-year-old girl in Shanghai, said after a week's study at school, she always stayed at home on weekends. 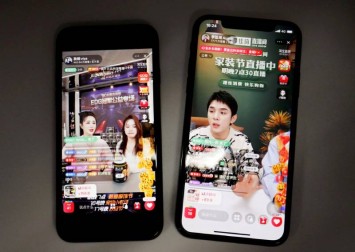 "I can be very talkative online, but when meeting people offline, I become shy, not knowing what to say," she said, "maybe it's because it's safer to communicate with people online, at least you're invisible."

Another reason, specific to China, is that many young adults, born in the era of China's one-child policy, grew up alone, and as a result, were overly protected by their parents and grandparents being the only child in the family, said Ji Longmei, a senior psychological consultant at Shanghai Soul Garden Mental Health Counselling Centre.

"On the one hand, they have no siblings to play with at home. On the other hand, they're facing higher expectations from the family in terms of academic achievement amid fierce educational competition, and therefore spend most of their time after school studying," she said.

"As the mother of one of my young clients' said about her son, he's now a PhD but isn't able to work or date a woman because of social phobia, needs to do nothing but study. She takes care of everything else, including tying his shoelaces," said Ji.

Despite the growing prevalence of the disorder, she believed the phrase is misused among people online.

"Not all people who label themselves as having social phobia really have this problem. In many cases they're just using it as an excuse to refuse to participate in certain events," she said.

However, the fact that shekong became a buzzword is a positive sign of increased public awareness about mental health, said Ji.

"A decade or two ago, no one suffering from depression would say publicly that they had this problem because they found it shameful. But today it's widely accepted and no one feels it is something to be ashamed of - the same is true with social phobia."