Separated from cosmopolitan Singapore by a causeway that spans a muddy strait, the Malaysian city of Johor Bahru tends to be overshadowed by its more illustrious neighbour.

Often dismissed as a cheap and cheerful border town for Singaporeans seeking low-cost shopping malls, spas and theme parks, JB, as the locals call it, is challenging that traditional misconception by celebrating its own heritage and Chinese cultural connections.

Writer, local historian and Johor Bahru native Peggy Loh has written two books called My Johor Stories that chronicle people and places from the city's past. She says there is a new enthusiasm for Johor Bahru's heritage.

"I think a lot of the interest is about nostalgia. People miss the old city so they connect with my stories," she says. Loh adds that such was the influential role of the Chinese community in the city's development that it was known as Little Swatow, a reference to the city in Guangdong province known today as Shantou.

The Chiuchow dialect is still widely spoken and Johor is exploring those Chinese roots and developing a range of cultural heritage attractions that promote its identity.

High-end restaurants, community museums, art galleries and coffee shops are popping up in heritage streets named after the city's founding fathers from the Chiuchow-speaking region of eastern Guangdong province.

The first leader of the Chinese community in Johor Bahru, Tan Hiok Nee, lends his name to the street at the centre of this neighbourhood, the location of a small museum that opened in 2009 in a tastefully converted two-storey Chinese shophouse.

"At that time, the retro-trend was at its peak and nostalgia-themed cafes and coffee places opened in the heritage quarter alongside traditional coffee shops and other traditional businesses," Loh explains. 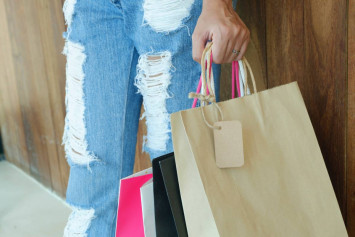 "The social media explosion helped to share Instagram-worthy photos captured in the hip and happening heritage quarter in JB, and very soon this area was flooded by visitors," Loh says.

The efforts at gentrification are still a work in progress and parts of the old city still appear a little rough around the edges. This lack of polish is what allows traditional businesses such as Hiap Joo Bakery to flourish, alongside Shanghainese laundries, noodle shops and street roti vendors.

It's easy to miss the narrow entrance to the charming Johor Heng Photo Studio, which has been a fixture of the city since the mid-1900s. Old monochrome portraits of forgotten Malay dignitaries, historic Johor Bahru street scenes and old soldiers adorn the walls of the staircase that leads up to the first-floor studio.

Just around the corner from one of its glossiest malls is the Kedai Tuak Awam coconut wine shop. It is housed in a modest semi-derelict white bungalow set back from the road in its own concrete compound, with flaky turquoise woodwork and a red-tiled roof.

Here, for three Malaysian ringgit (S$0.99) visitors can purchase a half-pint mug of the warm milky liquid while sitting on a plastic stool and enjoying the ambience. One elderly woman wearing an orange sari has fallen asleep in her chair and her forehead rests on the rough wooden table, while her right hand grips her half empty glass.

Until 1844 what is now JB was little more than a few simple houses and a modest market. The rest was jungle, river and swamp. It was the local leader Temenggong Daeng Ibrahim (later the de facto maharaja of the state of Johor from 1855 to 1862) who had the foresight to invite industrious Chinese planters from Singapore to clear the jungle and help develop a new city.

JB's current prosperity is largely based on real estate, glitzy malls and golf courses, but its founding wealth was based on gambier and pepper. Gambier is a tropical shrub containing high levels of tannin that was used extensively in the leather tanning and textile industries in Europe. Plantations were established on land cleared from the jungle and accessed by river. 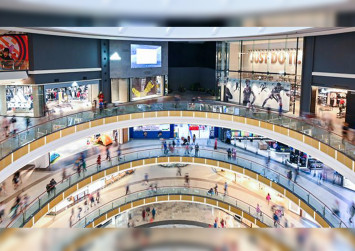 "Through the partnership of Chinese farmers and Malay landowners, Johor became the world's largest producer of gambier, with Europe as the main market. This success put Johor on the world map," Loh says.

It was the Chiuchow-speaking people from Guangdong led by Tan Hiok Nee who knew how to cultivate it successfully, and gambier and pepper remain the emblem of the city, which was officially founded in 1855 and named Iskandar Puteri.

It was renamed Johor Bahru in 1866 when the opulent new royal palace, financed by gambier, was inaugurated. The first sultan of Johor, Abu Bakar, lived at the palace and an English architect designed it, but a Chinese contractor built it and Chinese enterprise created the wealth to pay for it.

The sultan further strengthened ties with Johor's Chinese community, visiting China in 1883 and taking a Chinese wife. He also appointed Tan Hiok Nee as a member of the state council of Johor.

The Chinese settlers made their homes on the banks of the Segget River, which divides the city in two. The western bank hosted the market and the Chiuchow community, while Cantonese speakers settled on the opposite bank. Hakka, Hainanese and Hokkien communities squeezed in where they could.

The Segget earned a reputation as one of the filthiest waterways in Asia, but over recent years the government has invested in a major clean-up operation. Now, attractive walkways shaded by lofty palm trees and old shophouses line its banks.

Not surprisingly, the local hotel industry enthusiastically backs the heritage drive. The Amari hotel, conveniently located within walking distance of many sites, stocks Loh's books and offers complimentary maps of the walks.

"There is definitely business value to the efforts of building cultural heritage tourism in JB," says Grace Chiam, the hotel's director of public relations and marketing communications.

She says many people from Singapore and other Malaysian states visit the city several times a year, so having more to see and learn will increase that frequency and draw the attention of more international tourists.

A walk from the Amari along Jalan Trus brings visitors to an old Chinese temple. It is highly unusual in that it serves the deities of all the Chinese clans in the city and was built on land donated by the sultan.

Every year Chinese heritage is celebrated at the annual Johor Chingay Street Parade, which has been a tradition of the Johor Old Temple since the 1800s and is now another popular attraction.

On the same road, known locally as Harmony Street, it's possible to visit the whitewashed Catholic Church of the Immaculate Conception, the Gurdwara Sahib temple built in 1921 to serve Sikhs serving in the then British colony's army and police force, and the Hindu Rajamariamman temple. 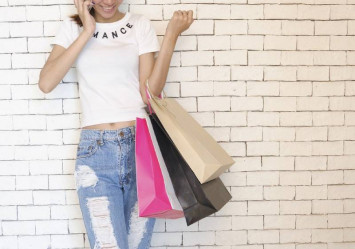 This is the street where Christians, Buddhists and Confucians cheerfully rub shoulders with Hindus and yellow-turbaned Sikhs. It's a reminder that while Chinese influence was significant to the economic development of JB, it was a multicultural effort.

This tradition for tolerant coexistence is one that locals like to celebrate.

"This special bond between the races in Johor, the unity and cohesion among multicultural groups, is a unique and intangible sentiment that makes Johoreans proud to call themselves Anak Johor - or Child of Johor," Loh says.

Sultan Abu Bakar was also a great Anglophile and considered himself a close friend of Queen Victoria, who he met during one of his many visits to England. Eager to impress the monarch, he hired British architects to design and build stately public buildings across the city.

In addition to the lavish royal palace, built in 1866, there is the municipal Sultan Ibrahim Building, and the old railway station (now a museum which never seems to open), the old police station and the prison, which is derelict and awaiting redevelopment.

For decades, the proximity of Johor Bahru to its more illustrious neighbour Singapore defined its identity, but now "Little Swatow" is developing a personality of its own.

"People see the value of heritage in JB. It's mainstream now," Loh says.