Malaysia to restart tourism first in Langkawi, with a new focus on ecology, sustainability and its Unesco Geoforest park

Tourists explore one of Langkawi’s many jungle-clad islands by kayak.

Protected by the aquamarine waters of the Andaman Sea, the archipelago of 100-odd islands known as Langkawi has been so far spared the worst of Malaysia's worsening Covid-19 epidemic, which peaked above 20,000 new daily infections in the early days of August.

And so the chain known as the Jewel of Kedah's 18 months of isolation may soon come to an end: Langkawi, which attracted 3.9 million tourists in 2019, is gearing up for a mid-September reopening as a pilot in Malaysia's Covid-19 Free Destination Programme.

"We have been asked to prepare for reopening," says Alexander Isaac, CEO of Tropical Charters and the deputy president of Langkawi Business Association. "If all goes well, Langkawi will reach herd immunity by the third week of August, when 80 per cent or more of its 76,400 inhabitants will be fully vaccinated." At the time of writing, 3,000 islanders are being vaccinated every day.

Isaac, whose Tropical Charters is the largest provider of Langkawi sea cruises, says that the first to return will be fully vaccinated domestic tourists, with international visitors following in December or January.

Unlike in Phuket, in neighbouring Thailand, which allowed quarantine-free entry to vaccinated international tourists in early July, the first returning visitors to Langkawi will have to undergo a short period of self-isolation.

Read Also
9 stunning resorts in Langkawi for a relaxing getaway 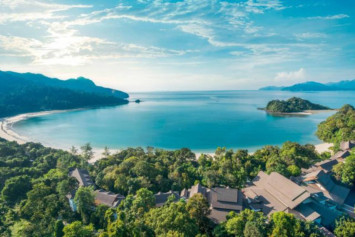 Lada has introduced MySafe Langkawi, a recognition for tourism-related businesses that adhere to social distancing protocols. It will go hand in hand with myvakation, a booking portal launched by Isaac to offer standard operating procedure-compliant holiday packages.

If the reopening proves successful, the Malaysian government plans to expand the Covid-19-free travel bubble to Kuching, the capital of Sarawak state, in west Borneo, and other holiday islands off peninsular Malaysia, such as Redang, Perhentian, Pangkor and Tioman.

During the shutdown, many in Langkawi have been working to prepare for the return of tourists and to wean the island off reliance on its duty-free status - a 1987 initiative to attract visitors with tax-free shopping and the cheapest alcohol available in predominantly Islamic Malaysia.

An ecological reset will aim for environmental sustainability and the preservation of Langkawi's true asset: the 550-million-year-old Machinchang Cambrian Geoforest Park, inscribed by Unesco in 2007 as Southeast Asia's first geopark.

Compared with its closest regional competitors - Phuket, Bali, Penang and Singapore - tiny Langkawi has a geological history that nurtures impressively diverse flora and forest ecosystems. It's the playground of 535 species of butterfly, for instance - nearly 50 per cent of Malaysia's total, and more than the number found in all of Australia, which has only about 450.

"The sustainability initiative in Langkawi was gaining much awareness and momentum even prior to the Covid-19 pandemic," says Claudia Mueller, the German managing director of Dev's Adventure Tours. "Most of the tourism industry players are slowly but surely adapting and adopting sustainable tourism in their own small but meaningful ways."

Mueller's company operates eco-focused sea safaris, taking very small groups to less-trawled beaches and waterways on kayaks. It adopted a strict no-plastic policy in 2018, providing reusable glass bottles to guests, eschews the feeding of wildlife - a trick used by Langkawi's boatmen to attract the eagles that give the island its name - and engages with other service providers that share its vision.

Tropical Charters is another company that is thinking green: it has rebuilt one of its catamarans to run on electric motors and solar-powered batteries and started a geopark educational cruise, taking students and teachers on a lecture tour of the wonders of Langkawi's Machinchang.

For these businesses and others, the inactivity imposed by the pandemic has provided an opportunity for reflection on the importance of sustainable tourism.

"The most important lesson we learned has been to never put all of your eggs in one basket. We neglected to invest in agriculture, fisheries and industries," says naturalist Irshad Mobarak, who has studied the island's geological and natural diversity for 30 years and pioneered eco-tours in Langkawi through the company Junglewalla.

"There is no better time to introduce sustainable agriculture, fisheries and tourism. The earlier we do this, the more competitive the island will be when travel reopens," says Irshad, who estimates that Langkawi has already lost at least 50 per cent of its natural heritage to the development of mass tourism infrastructure.

"To ensure that eco-tourism continues to thrive, we need to not just protect the remaining core ecological zones, but go further, through reforestation programmes across the island, and by creating a network of corridors that will allow wildlife to seek shelter and food, and improve the health of the gene pool."

During the lockdowns, Lada has repurposed more than 22 acres (nine hectares) for agriculture and aquaculture, and has provided training in vegetable farming and crayfish breeding to local communities.

With no guests to cater for, Karina Bahrin, owner of La Pari-Pari boutique hotel, was inspired to open an organic farm.

"We pivoted to address the island's food security issue by providing pesticide-free vegetables [to local residents]," says Bahrin, who calls her farm Kebun Republik. "Our methods include a cold room to grow temperate-climate vegetables because the pandemic disrupted logistics, and even the food supply here has been a problem."

Environmentalist Anthony Wong, who opened Langkawi's first eco-resort, Cottage by the Sea by Frangipani, in 2005, says there is nothing stopping older island developments from becoming greener, too.

"The simplest methods are rainwater harvesting, using solar hot water, lighting and vehicles, and growing more food on-site, as most resorts in Langkawi have land," he says.

Even with the best of intentions, though, operators will have to first concentrate on making up for the business lost during the Covid-19 shutdown.

The private tourism sector "will be forced to implement cash-generating business strategies for the short and medium-term before returning to profitability", says Fabio Delisi, the group CEO and director of Kuala Lumpur-based Lotus Asia Tours.

Also worrying for those who are concerned about the degradation of the environment is the persistence of an expansionist mindset. Announced in early August, the potential opening of a third Escape franchise theme park in the Cameron Highlands in peninsular Malaysia in 2023 is an example of this thinking.

Featuring a 1.2km-long artificial ski slope and five European-themed villages, the 15 million ringgit (S$4.8 million) project has already been the subject of a Change.org petition, which garnered more than 41,680 signatures in two days from those opposed to the project. 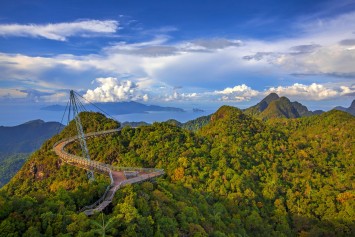 Langkawi's ecological focus may set an example in a nation whose policymakers still largely believe that only "the next big attraction" will help the crippled tourism industry recover.

"Ultimately, the responsibility lies with the governments," says Delisi, who has worked in Langkawi and Malaysia for 30 years.

"A clear set of goals and detailed plans to pursue them responsibly and sustainably for the preservation of our natural reserves and historical areas with the welfare of the local populations in mind should be laid out, instead of blindly pursuing the nomination of World Heritage sites by Unesco and other international bodies.

"These, in fact, have turned out to be great generators of 'selfie' visitors, resulting mostly in a negative impact on a destination and its population."