Malaysian dancer/choreographer Raziman Sarbini will explore the many uses of bamboo and the power it wields in a performance during Klwknd, or "Kuala Lumpur weekend".

Malaysian filmmaker Amir Muhammad has compiled a video essay looking back at four popular films from the 1970s and ’80s that tell stories of Kuala Lumpur, Malaysia’s capital.

“That’s what a city is, in the stories it tells. Every story is a journey of the city,” he says.

The video essay was commissioned for the Klwknd (“Kuala Lumpur weekend”) festival, a key programme of the three-month Art In The City initiative organised by Malaysia’s Cultural Economy Development Agency (Cendana). The festival, which runs from Nov 25 to 28, aims to bring people back together after a tumultuous 18 pandemic months through food, fashion, films and books.

But which people? International visitors will not be able to reach Kuala Lumpur until Jan 1, at the earliest. And the Malaysia-Singapore vaccinated travel lane won’t open until Nov 29. However, Joan Tan, Cendana’s senior manager for performing arts, is hoping for healthy domestic participation in the festival.

“We want people to come back into the city, to re-engage and re-immerse with creativity,” Tan says. “We want to reach a wider community with the notion of healing the nation through the arts, to inspire people.”

Amir admits he has forgotten how to make small talk. “Events like these will stop us from becoming socially stunted, a step away from the reclusive Japanese hikikomori, the modern-day hermits,” he says. 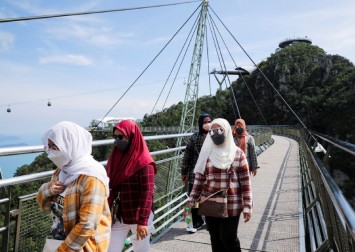 For festival director Joe Sidek, Klwknd is a four-day invitation to indulge in a “pilgrimage of possibilities”. Rather than being a mere series of events, the festival has been curated to reveal the city’s stories in layers, including some previously untold.

“Every visitor is like a jigsaw piece; their versions of a shared KL will help make the city whole again,” Sidek says. In reclaiming spaces left to languish during the pandemic, he hopes every festival-goer will decide to dig a little deeper.

Walking tours, pop-up markets and talks are designed to capture the bustling spirit of an ever-changing city.

A stand-out event will be a preview of Opera Serikandi Nusantara, a contemporary operatic performance. Its story is inspired by a book of children’s illustrations that weaves together the tales of 11 legendary Malay warrior princesses.

The performance will take place at the city’s historic Panggung Bandaraya theatre hall, which opened in 1904, and will offer a preview of a work in progress conceptualised by Tazul Tajuddin, dean and associate professor in composition at the faculty of music at Universiti Teknologi Mara (Mara University of Technology). His creation features some of the country’s best soloists and the university’s chamber choir.

In the same venue, dancer/choreographer Raziman Sarbini’s Art of Dance will explore the many uses of bamboo and the power it wields in the politics of the human body. The piece incorporates canes to express pain as punishment to uphold justice.

Events will take place in eight central venues, with their locations labelled using colloquial phrases such as disini, disitu and sinilah (“here”, “there” and “over here”).

At Disitu – in the cultural and creative hub RexKL, a former cinema that opened in 1947 and was once owned by Hong Kong’s Shaw Brothers Studio – visitors will be able to watch feature and short films and delve into Buku2Books, a pop-up digital library with access to rare archive material on the city.

Also setting up in RexKL will be The Long Table: Food for Thought, featuring stalls serving food that highlights the culinary identities of Burmese, Bangladeshi and Pakistani migrant communities.

Young metalsmith Leroy Luar will participate in an event called Art of Craft in Sinilah, in the Pasar Seni, or Central Market. A wet market was established here in 1888 and in 1933 an art deco market hall was erected on the site. The Malaysian Heritage Society classifies it as a heritage site.

Luar claims to manipulate metal into “myths of moments”. Inspired by his grandmother and mother, he reinvents vintage jewellery pieces such as the kerongsang pin set, an item commonly used in Peranakan communities to fasten garments.

Through his work he allows wearers the freedom to explore adornment, he says. “You can even wear a brooch in your hair.”