Rajan (left) with some of the other climbers on Mount Denali in Alaska.

When he turned 50 six years ago, Tillai Muthu Nagarajan decided to quit his high-flying corporate job and climb mountains. Rajan, as he is known, was the CEO of a consulting firm in Singapore, drawing a high salary and living a comfortable life. But he wasn’t happy.

“I wanted my life to be worth living and was just so tired of the routine of my nine-to-five job. I’d been at it for years... hating it, complaining about it, but still doing it day in, day out. I didn’t want my life to be all about work and getting stressed about meeting targets and all that.

“So, when I turned 50, I decided I’d had enough and I quit. I was offered a higher salary, a seat on the board and all that if I stayed, but I really wanted no more of that life. I wanted my life to be worth living,” says the KL-born and bred Rajan, who turned 55 recently.

Since then, Rajan has scaled six of the Seven Summits (the seven highest mountains in each of the seven continents): Mount Aconcagua in South America, Mount Denali in North America, Mount Kilimanjaro in Africa, Mount Elbrus in Europe, Mount Vinson in Antarctica and and Carstensz Pyramid in Oceania. He is training to climb Mount Everest, the last of the seven, this year. 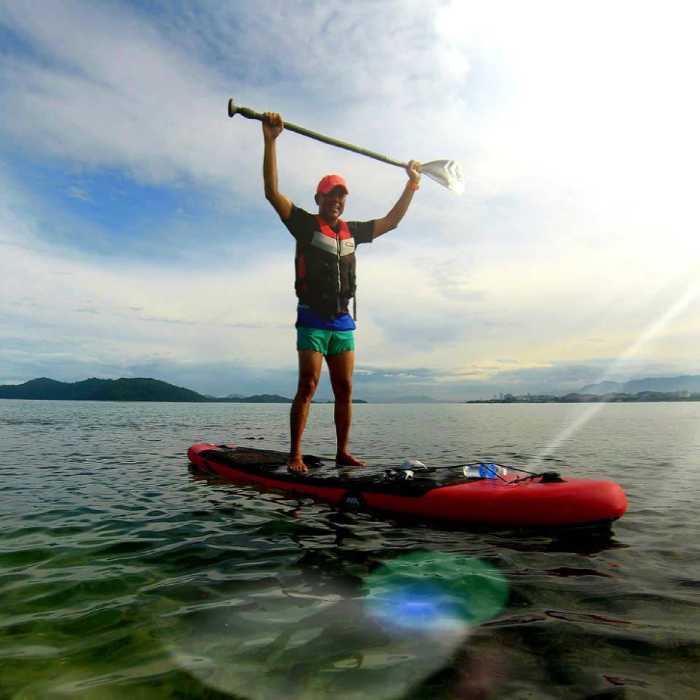 Rajan wasn't all that adventurous when he was younger. Now, he's game to try anything. PHOTO: The Star/Asia News Network

“Why do I do it? Wait, let me show you,” says Rajan as he whips out his mobile phone and shows me photo after photo of his trips up and down the many mountains around the world. The photos, taken with only his mobile phone, show breathtaking scenes of snowcapped mountains, rolling landscapes, rushing rivers and stunning rock formations that are picture perfect.

“Mountaineering has really opened my eyes to how beautiful the world is. I had travelled a lot for work before but I never saw such spectacular sights as I did when I started going on these climbing trips. The views are just perfect and, believe me, my photos do not do them justice,” he says, eagerly drawing up more photos for me to see.

Rajan got his first taste of mountaineering more than a decade ago when he and a small group of friends decided they needed some adventure in their lives.

“We were all a little burnt out in our careers and were looking for something fun and challenging to do to revive our lives a little. So we decided to climb Mount Kinabalu. We even came up with a name for our trip: "Project Renaissance." That was my first ever climb and though we did reach the summit, it took me about three weeks to recover from the climb! It was painful,” recalls Rajan.

As tough as it was, the members of Project Renaissance found that they enjoyed climbing. The following year, the group of friends trekked up to the Everest Base Camp in Nepal and the year after that, they climbed Mount Kilimanjaro in Africa.

“We tried to push ourselves a little harder each time. I really enjoyed everything about it... the challenge, the training, the adventure. Unfortunately, because I was still working, I often had to take a step back (from mountaineering) because of work commitments.

“So, when I turned 50, I decided that it was time for a change. I have absolutely no regrets. I am happier now that I have ever been,” he says.

Rajan is also the fittest he has ever been in his life. Mountaineering requires a tremendous amount of physical and mental strength and Rajan starts training up to six months before each trip. When he’s not preparing for a climb, he runs and hits the gym daily.

Read Also
Skyrunning up a mountain in Southeast Asia 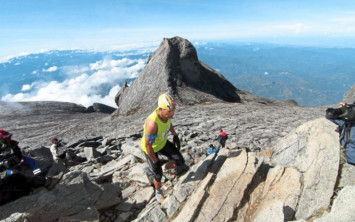 “Climbing mountains is no joke. When you are a CEO, you have a secretary and a staff to help you. On the mountains, you are on your own and if you are not prepared, you perish. You have to carry every single thing that you will need (equipment, layers of clothing, medicine) up and down with you. This also includes your rubbish and also your bodily waste (you have to poop in a bag with a chemical that freezes the waste so there is no smell). These national parks are kept in pristine condition and they even make sure that you are cleansed before you go in,” explains Rajan.

Apart from physical strength and stamina, climbers need to be mentally and emotionally strong to survive the challenging conditions on the peaks. Rajan meditates and practises yoga to help him brace for the tough conditions on his trips.

“There are risk factors when you go these trips. Conditions can be unpredictable and you have to be prepared, mentally, to handle any situation. You also need to focus and deal with the altitude because you can be up there for weeks. I was stuck on Mount Denali for three weeks because there were strong winds that kept us in our tents for days. We had to do everything in our tents. Sometimes we bring a radio with us to keep us entertained but if you don’t have that mental strength, you will crumble.

“And when you have strong winds blowing against you... and I mean winds that are 30 or 40km/hour, you need to be strong. When you are up in the mountains, there is nowhere to go,” he shares.

What makes it all worth the risk, he says, is the feeling of accomplishment when he reaches the summit.

“There were many instances when I didn’t make it. Either the weather conditions were bad or I was not feeling well or my team wasn’t in the best of health. It’s disappointing and frustrating and I always make sure that I go back and complete that climb. I am very determined because nothing can beat the feeling of reaching the summit. Being on top of the world, so to speak. It’s indescribable,” he says.

Rajan may seen fearless, but he admits that there is still something, or rather someone, he fears.

“My mother! I may be 55 and I may climb the highest mountains in the world, but I am scared of my mother. I don’t usually tell her before I go on these trips because she will not be pleased. She worries about my safety. So I get my brother to tell her after I have left. That way she can’t say anything, ” he says with a laugh of his mother who lives in Brickfields, KL. 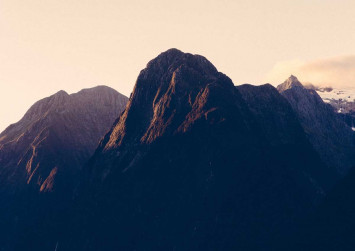 Mountaineering is also, he admits, not a cheap hobby, especially since his bucket list includes the Seven Summits and other mountains around the world. His trip to Antarctica to climb Mount Vinson cost him about US$45,000 (S$61,000) just for the park fees alone.

“It’s not cheap, that’s for sure but thankfully, I managed to build up quite a tidy nest egg before I quit to tap into. Also, I am single and don’t have any children so I don’t have many commitments. Why else should I work so hard if not to fund my passion?” he says.

Rajan also started his own consulting company based in KL where he focuses on strategic transformation of companies and leadership training.

“I work on a few projects but it’s a lot different from being tied down to a nine-to-five job. Now I work so that I have enough to fund my passion,” he says.