When Kishwar Chowdhury appeared on the finale of MasterChef Australia last week, the 38-year-old Melbourne native delighted Indian and Bangladeshi social media users with her entry: a reimagining of a centuries-old rustic dish made from cooked rice fermented in water.

Panta bhat has long had a reputation in Bangladesh and the states of eastern India with large ethnic Bengali populations as a cheap, filling source of energy and hydration to beat the summer heat. It is traditionally served in the morning with potato, chilli or onions after soaking overnight, and is particularly popular with farmers and other manual labourers.

“This is the type of food you wouldn’t see in a restaurant anywhere,” the mother-of-two, whose parents hail from Bangladesh, said as she introduced the dish, adding that presenting it as her final effort in the televised competition felt “scary” but also “extremely rewarding”.

The MasterChef Australia judges were suitably impressed – Melissa Leong described it as “powerful food … [that’s] powerful with history and … powerful with flavour”, while fellow judge Jock Zonfrillo agreed that the combination of flavours was “just unbelievable”, adding “my mouth is still watering” after tasting the dish – but Chowdhury ultimately lost out on the top spot in the competition, taking home the third-place prize of A$20,000 (S$20,000) for her efforts.

She may not have won the contest, but for Indians and Bangladeshis on social media, seeing their countries’ food culture showcased to an international audience was more than enough.

“Thank you Kishwar for making Bangladesh proud,” wrote one user with the Twitter handle Nishu. “You have made our casual food into an extraordinary culinary dish. I just love your confidence of presenting our cuisine on an international platform in such a wonderful way.”

Fellow Twitter user Sagarika Chakraborty said seeing Chowdury serve “what to my forefathers was farmer food and what growing up spelt humble heritage” on the show made the “Bangladeshi immigrant blood” inside her fill with pride.

Vikramjit Roy, an ethnic Bengali chef based in New Delhi, said he was “actually not surprised at the choice of the dish for the finale”, especially given panta bhat ’s “immense nutritional value … superb taste and textural contrasts”. “I feel it was natural for a cook to prepare something one has grown up eating, which for her is the true essence of comfort, and she has deep confidence in,” he said, adding that he feels “very strongly” that both professional chefs and home cooks “do not use our ancient fermentation techniques enough”.

Originally devised before the advent of refrigeration as a way for thrifty housewives to make the most out of leftover rice and prevent it from spoiling, panta bhat is known by a wide variety of names – from geeli bhat in Bihar state to pakhala in Orissa – and is a close cousin of similar dishes served in other South Asian nations where rice is a staple crop.

To see #kishwar serve “panta bhaat & aaloo chokha” in the #MasterChefAU finals, fills the Bangladeshi immigrant blood in me with pride. What to my forefathers was farmer food & what growing up spelt humble heritage, she got it global accreditation. If this is not homage, what is?

Prized as a probiotic and said to be good for the gut, the easily digestible dish is also served to people who are sick. A similar fermented rice dish known as pazhaya sadham or pazhaya soru can be found in southern India’s Tamil Nadu state, where curry leaves and shallots are often added, and in Andhra Pradesh and Telangana, where it is known as chaddannam.

Though often thought of as “peasant food”, panta bhat is “highly underrated” said Ananya Banerjee – an ethnic Bengali chef based in Kolkata.

“I had panta bhat for the first time when I visited my ancestral home in Contai, a small village in Midnapore district of West Bengal. I was completely blown away by the simplicity and its super taste,” she said.

Contrary to Chowdhury’s assertion in the MasterChef Australia finale, variations on the dish have been served in restaurants including the Bombay Canteen in Mumbai and Chennai’s Kappa Chakka Kandhari, amid a resurgence of interest in indigenous food items that have long been considered “peasant food”. 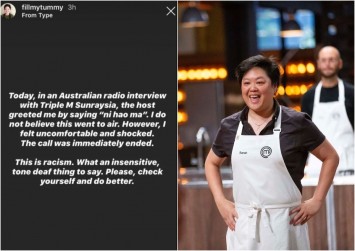 Chef Regi Matthew ﻿serves a Kerala-style fermented rice porridge known as pazham kanji at Kappa Chakka Kandhari, as he said he wanted to incorporate “nostalgic” items on his menu after researching “a lot into traditional foods cooked by our grandparents”.

“To me panta bhat is comfort food,” said Dipanjan Mukerjee, an ethnic Bengali home cook who lives in Bhopal and runs his own food business. “[It] soothes the senses and has the most cooling effect on hot summer days,” he said, adding that seeing it served on “such an international platform” as MasterChef “is an example of how deep rooted and simple Bengali cuisine can be”, he said.

Kashmiri Barkakati Nath, a chef based in Guwahati, said poita bhaat – as the dish is known in Assam state – “is not just a meal for us. It is a deep reflection of who we are as a community, connecting us to our roots, to our ancestors, who were all farmers, growing paddy in the rich Brahmaputra valley.”

“It connects me to my grandparents and my late father – and now my children love it,” she said.