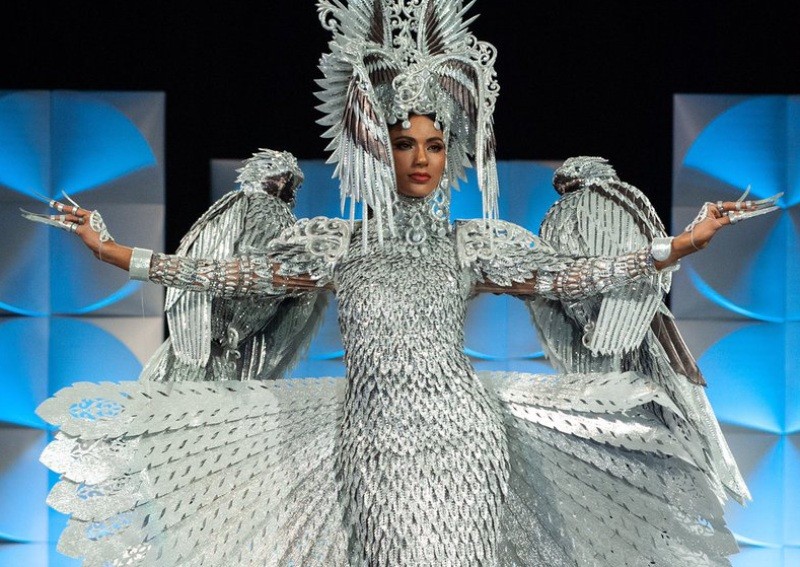 Miss Philippines was the rightful winner of Best National Costume after all.
Twitter/Miss Universe

Oops! It looks like Steve Harvey was right all along! Miss Philippines Gazini Ganados, and not Miss Malaysia Shweta Sekhon, is the rightful winner of the Best National Costume crown at the recent Miss Universe 2019 pageant.

It was initially reported that Harvey had made a mistake in announcing that Miss Philippines had won the award, as Shweta corrected the host by saying "It's not Philippines. It's Malaysia, " while standing beside him on stage.

However, the Miss Universe organisers clarified on its official Twitter account that Miss Philippines was the rightful winner after all, and that Shweta had 'jumped the gun' in correcting Harvey.

Named "A Peranakan Indulgence", Miss Malaysia's costume was designed by Malaysian couturier Carven Ong who was inspired by the rich heritage of the Peranakan community and its bridal traditions.