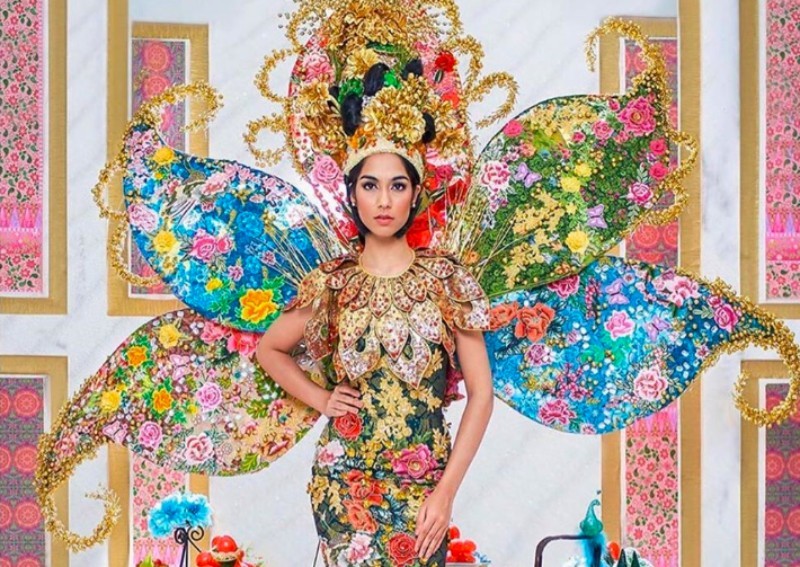 [UPDATE Dec 9 3pm] The organisers of Miss Universe 2019 have clarified that Miss Philippines, and not Miss Malaysia, is the rightful winner of the Best National Costume award.

Miss Universe Malaysia, Shweta Sekhon, has won the hearts of pageant fans with her national costume. The 22-year-old was awarded Best National Costume at the 2019 Miss Universe pageant via online voting.

Named "A Peranakan Indulgence", the costume was designed by Malaysian couturier Carven Ong who was inspired by the rich heritage of the Peranakan community and its bridal traditions.

Ong is well-recognised for his sumptuous creations. Last year, his dresses were featured in Hollywood film Crazy Rich Asians.

Host Steve Harvey first announced the Philippines as winning the award. The mistake was similar to what he did four years ago, announcing the wrong winner for the 2015 Miss Universe pageant.

"Earlier this week, all the contestants competed in a National Costume contest," he began explaining. "Here's the look at a winner, Miss Philippines..."

The real winner, Shweta, had to correct him. "It's not Philippines," she told the television personality. "It's Malaysia."

Harvey later said that he wasn't at fault. He was only reading from the teleprompter.