Amid an increasing number of countries readying their destinations to welcome Muslim tourists, female Muslim travellers are considered to be an important contributor to the rise of the halal tourism industry.

According to a recent report released by financial technology company Mastercard and halal tourism industry service provider CrescentRating, 71 per cent of these Muslim women were found to travel with family members in 2018, while 29 per cent went on trips with female companions.

Interestingly, out of approximately 63 million female travellers, two-thirds of whom were age 40 years or below, up to 28 per cent embarked on solo journeys, indicating an increasing passion among this particular segment to explore the world.

In terms of spending, these young Muslim female travellers contributed quite significantly to the industry. According to a statement on Friday, these women spent more than US$80 billion (S$108 billion) in total during their journeys last year, a number that is predicted to increase in the future.

In accordance with the behaviour of young people, more than half of these solo travellers turn to social media to find information regarding accommodations, supplies and restaurants.

Read Also
Singapore could be Asia's next halal destination 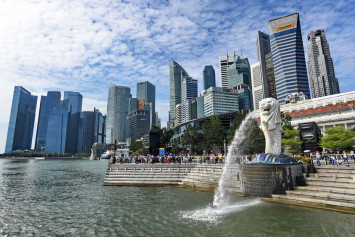 Dining at halal places is naturally important, with up to 94 per cent of survey respondents mentioning it as a priority.

Additionally, access to praying rooms for women (86 per cent) and female-only spas and salons (79 per cent) are also high on their itineraries, as well as eco-friendly destinations when they travel abroad (73 per cent).

"Female Muslim travellers are set to explore the world. With their young age and high motivation, they are ready to interact with the tourism industry providers [who are prepared] to welcome them and provide travel experiences that focus on their values and community," said Mastercard market product management vice president Aisha Islam in the statement.

"This report aims to give information that could help tourism industry players create products and services for this segment," she added.