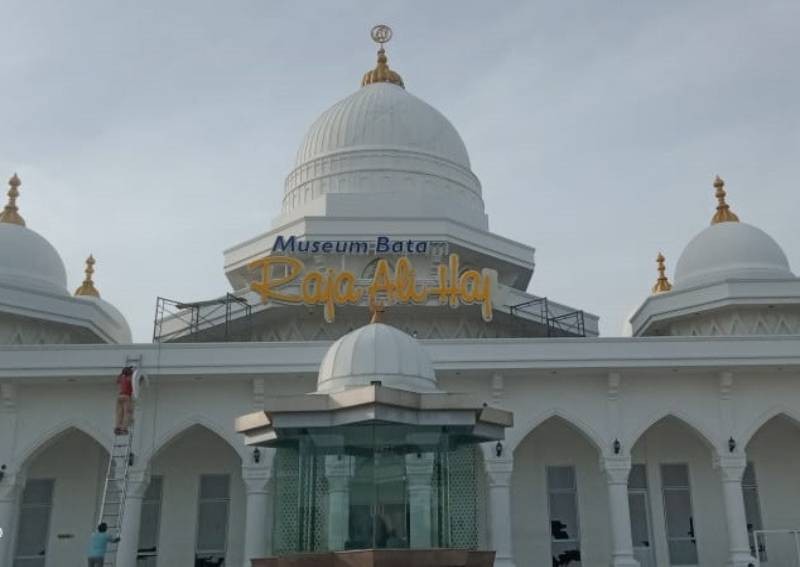 Based on recent findings that museums and galleries were among the places international tourists looked for the most when visiting Batam, the Batam administration will soon complete King Ali Haji Museum after three years of construction.

The museum is situated at Engku Putri town square in Batam Center on 1,700 square meters of land, designed with a mixture of Malay and Middle Eastern touches. It is located in front of the Batam Center International Ferry Terminal and the Mega Mall Shopping Center, among the first buildings tourists from Singapore and Malaysia see upon arriving in Batam.

Batam Tourism Agency head Ardiwinata said he was confident that the museum would improve the number of tourists visiting Batam. "The museum is also designated to become a place where students can learn about history," he said.

He said the museum, named after King Ali Haji, one of the national heroes from Riau Islands, was proposed by the Batam government to the Education and Culture Ministry on August 2, 2019. It was soon approved.

"In the past five months, we formulated the name, collections, personnel, alongside our vision and mission for the museum," said Ardi.

He also shared that many had asked about the collections that would be displayed in the museum, as Batam owns a large number of cultural and historical objects.

"There are so many scattered items for us to gather. The tourism agency alone has acquired 593 jugs and bowls that, according to Bukit Tinggi's [West Sumatra] cultural heritage hall, are believed to be from the Ming Dynasty of the 16th century. There are also ancient manuscripts about the history of Malay," Ardi said.

The jugs and bowls were discovered in Sembulang on Galang Island and are considered cultural heritages.

"The Education and Culture Ministry plans to fund the museum's revitalisation," he said, adding that the museum will be managed by the technical implementation unit under the Batam Tourism Agency.

The museum will bear a modern concept and illustrate the history of Batam from the Malay perspective and its development into a leading industrial city in Indonesia.

Historian Aswandi Syahri said the museum would make use of infographics and digital monitor screens, making it the first modern museum in Riau Islands.

"The museum has to be built in a modern way to make it attractive. We must learn from how Singapore museums can appear interesting," said Aswandi.

Data from Statistics Indonesia showed that Riau Islands ranked second after Bali as Indonesia's most-visited destination for foreign tourists, with more than 2.5 million international visitors in 2019.