New Zealand passport most powerful in the world, Singapore at 22nd spot

New Zealanders should be proud as their country's passport has been named the world’s most powerful in a new ranking, which considers openness of travel between countries.

The index came at a time when borders between countries were mostly closed and traveling became more challenging for many across the globe.

"Although active visa agreements were not changed, temporary entry bans and border closures resulted in a staggering decrease in the WOS. It has currently backtracked nearly half a decade [...] a 65 per cent decline within months."

New Zealanders are granted visa-free access or allowed visa-on-arrival in 129 countries. It is said to be one the most successful countries in containing the virus.

On the other hand, Afghanistan and Iraq are the countries with the weakest passports, having scored only 31. Syria, Somalia and Yemen passport are slightly better, scoring 34, 35 and 36 respectively.

Read Also
Singapore passport ranked 2nd most powerful in the world, after Japan 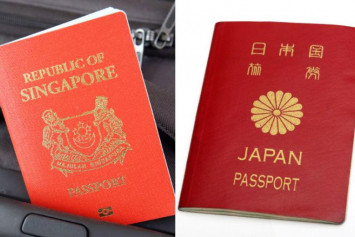 In the top-10 ranking of countries with the most powerful passports are Sweden, Belgium, France, Finland, Italy, Spain, Portugal, Lithuania, Norway, Iceland, Canada, Poland and Hungary, among others.

Singapore is ranked 22 on the list, coming just behind Malaysia and US at shared 21st spot in the ranking. According to the Passport Index, Singapore passport holders are allowed visa-free access to 61 countries and visa-on-arrival in 30 countries.