At 46 years old, Alex Mearns is in excellent shape and the fittest and healthiest he’s ever been. He sprints, swims, power walks and strength trains weekly, and enjoys a diet filled with what he calls “real food” – organic meats free of antibiotics and added hormones, wild-caught fish, and vegetables, rice and fruit.

He was a different man a decade ago.

“I smoked up to 20 cigarettes a day, drank alcohol several times a week, and subsisted on a less-than-ideal diet of cereal, sandwiches, and other processed and convenience foods,” shares the Englishman, who has lived in Singapore for about 20 years, ahead of Men’s Health Week (June 13-19).

He also wasn’t doing much exercise and was about 15kg (33lb) overweight. He didn’t think he had any medical conditions, but when he started feeling dizzy in the afternoons, he went for a check-up. He learned he had a high body mass index, high cholesterol, high blood pressure and prediabetes .

“That marked a turning point for me and I soon began researching ways to improve my health,” says the former CEO of a fintech company specialising in hedge fund research.

At first, he decided to “move more and eat less” – he joined a gym, hired a personal trainer and drastically cut his calorie intake. But after four months and a lot of money, he didn’t feel any better.

“I really wanted to clean up my act, especially since I had a young family that I wanted to be around for. But I soon realised that what we’d been told about nutrition , fitness and weight loss wasn’t always correct. So I took matters into my own hands to find the best way to turn things around.

“It was all or nothing for me. I’d already quit smoking and I knew that I could change my diet, too. I gave up dairy products , sugar, grains and vegetable oils. For three months I didn’t exercise at all, because I wanted to see how much exercise had to do with weight loss. During that time, I ate only meat, fish and vegetables, a little fruit, and eggs.” 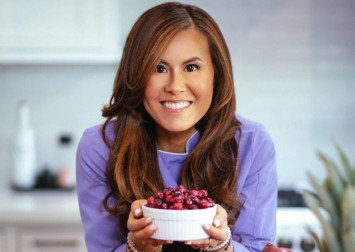 His approach worked. His weight dropped, from 76kg to 64kg, and he was no longer prediabetic. His blood pressure and liver enzyme results also improved. After just a week of changing his diet, he had more energy and no more bouts of dizziness.

Mearns avoided going on fad diets . He’d tried them all before and calls them “cycles of madness”. He didn’t have “cheat days”, either, where you break a diet to eat indulgent foods, labelling them a “mental trick”.

“Fad diets aren’t sustainable, unless you’re doing one for therapeutic reasons,” he says. “You’ll lose some weight, and then what? It makes no sense. It’s better to make slow, permanent and sustainable changes rather than do something drastic to get immediate results. If you lose weight quickly, you’re likely to put it all back on when you resume your regular diet.”

Mearns’ journey also helped him see that good health was holistic and involved looking at the big picture: his mental health, his diet and exercise habits, the type of environment he lived in, how he managed stress , and his sleep habits .

Today, he applies his knowledge and experience as a health coach at Levitise, a health, fitness and nutrition centre that he founded in 2017.

“Your health is one whole made up of many different parts,” he says. “Chronic stress , for instance, can lead to either weight gain or weight loss; we crave certain nutrients when we’re stressed because our adrenal glands need more minerals to make cortisol, a stress hormone. When we’re stressed, we crave processed comfort foods, too.”

Dr Tony Wong, a general practitioner at The London Medical Clinic in Central, Hong Kong, agrees that low-calorie fad diets are difficult to implement and sustain, and that some may even cause more harm than good in the long run.

“You’ll probably lose a lot of weight in the beginning, but this weight is mostly water and muscle,” he says. “When you deprive yourself of energy and nutrients, you end up feeling fatigued and may experience gastrointestinal problems. Your mood and sleep quality may also be affected.” 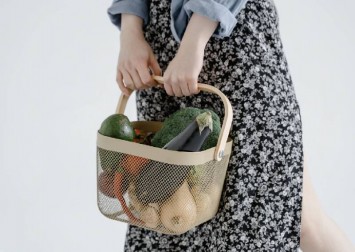 Many fad diets don’t encourage exercise, either, which is essential to a healthy lifestyle. Some fad diets may cause your blood-sugar levels to fluctuate, which can be harmful if you suffer from a medical condition like diabetes, he adds.

“And if you follow a high-fat-high-protein diet, you may end up consuming more fat and cholesterol than is healthy, increasing your risk of heart disease. The extra protein also forces your kidneys work harder, worsening existing kidney issues.”

Making healthy and permanent lifestyle changes is key to losing excess weight and improving your fitness and well-being over the long-term. Wong says that this means getting enough calories for your level of physical activity as well as for your body’s other energy needs, such as breathing, digesting and sleeping. It also means exercising regularly.

Weight loss should be slow and steady – about 0.5kg a week is considered safe, Wong says.

Mearns says that he’s finally in control of his health after years of experimenting with fad diets and overdoing it at the gym, and not seeing lasting results. For the past decade he’s kept his weight stable at around 70kg. Instead of obsessing over the size of his clothes or the number on the scale, he focuses on his overall well-being and reminds himself that one of his top reasons for changing his lifestyle was his family.

“Exercising like crazy isn’t the answer, and neither is deprivation. Even now, I’ll have the occasional glass of wine, but I make sure it’s organic and biodynamic. I’ll also have a slice of cake if I’m at a party, but it’s usually one that’s gluten-free and made with less sugar,” Mearns says.

“If you want lasting, permanent change, you have to understand the ‘why’ behind it. What’s driving you to want to transform your health? It should be something positive, not negative. Focus on improving your health rather than dropping the kilos. That makes it easier for you to stick to your goals and not get discouraged along the way.”