No, the coronavirus can't be kept away by saltwater gargling or cow dung

Fake remedies to protect against or cure the coronavirus are prevalent on social media and in chat groups.

Chinese respiratory expert Zhong Nanshan is known for exposing the scale of the severe acute respiratory syndrome (Sars) outbreak in 2003 - and in some circles he is also known for recommending gargling with salt water to prevent infections of the novel coronavirus.

The latter advice - despite being prevalent on social media and in chat groups - is not true. The scientist never gave such advice, and the method will not work.

As the coronavirus continues to spread around the world - it has infected more than 28,000 people so far, killing 563, while 911 have recovered - so too do home remedies claiming to stop it.

Singaporean fitness instructor Yeoh Wen Ning, 32, received a message about Zhong's purported advice from her mother-in-law. Brushing it off as an old wives' tale, she ignored the message and did not pass it on. "Actually, I didn't read much of it," Yeoh said. "I usually don't pay much attention to such things."

She might be savvy about disbelieving such dubious claims, but many others forward such messages along to friends and family.

One who did so was a concerned aunt in the Singapore-based Chen family's WhatsApp group chat. She said the novel coronavirus could be cured by drinking a bowl of freshly boiled garlic water.

"Old Chinese doctor has proven its efficacy," the aunt wrote. "Many patients have also proven this to be effective."

While the younger cousins dismissed the false remedy in a separate group chat, no one corrected their elders in the main family chat so as not to appear disrespectful - and so the home remedies spread on.

And according to a chief of a Hindu political party in India, applying cow dung to one's body can help combat the virus.

Sales manager Justin Chu's mother told him to drink green bean soup to keep the virus at bay - advice that came from relatives in Hong Kong, and went on to other relatives in Canada by way of Chu's mother.

Sometimes these remedies come recommended by people with authority. The New York Times reported that in Myanmar, loudspeakers broadcast advice from Buddhist monks to place seven ground peppercorns on the tongue to ward off the virus.

In Indonesia, health minister Terawan Agus Putranto said relaxing and working less could prevent the disease, while a minister in Myanmar shared on Facebook a post about consuming onions to prevent transmission of the coronavirus.

In the Philippines, a scientist has proposed studying coconut oil as a possible treatment for it.

Many of these methods have been debunked, including by the AFP Fact Check microsite.

They confirmed with the First Affiliated Hospital of Guangzhou Medical University, where Zhong's medical team is based, that the saltwater gargling claim was medically unfounded.

The World Health Organisation (WHO) also said there was no evidence to suggest it could prevent infection.

The WHO has been refuting these home remedies on their Twitter account with the hashtag #KnowTheFacts. "Sesame oil is delicious but it does not kill 2019-nCoV," said a post on Sunday, using the scientific name for the virus.

"Garlic is a healthy food that may have some antimicrobial properties. However, there is no evidence from the current outbreak that eating garlic has protected people from 2019-nCoV," read another one posted on the same day.

Q: Can eating garlic help prevent infection with #2019nCoV? A: Garlic is a healthy food that may have some antimicrobial properties. However, there is no evidence from the current outbreak that eating garlic has protected people from 2019-nCoV#KnowTheFacts pic.twitter.com/n4y5xfgwYz

The 2003 Sars outbreak also saw the spread of similar rumours.

At the time, Chinese peasants set off firecrackers to scare off the "god of plague", while others drank green bean soup to prevent infection - a tip spread over text message. Other fake cures for Sars included vinegar, turnips and cicada soup.

Last week, after state media Xinhua reported that a liquid made of honeysuckle and flowering plants could fight the coronavirus, people rushed to drug stores hoping to get the product, Agence France-Presse reported.

Subsequently though, state media sounded a more cautionary note, quoting Zhang Boli, one of the researchers leading outbreak containment efforts, who warned of potential side effects of the medicine.

Read Also
Wuhan virus: How to stay healthy and happy during virus outbreak and flu season 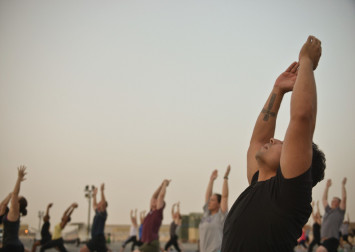 Still, China's top health body has advised hospitals to use TCM as a "treatment approach", adding that this is not for disease prevention and will need to be tweaked according to the climate of the location the patient is in, and their health condition.

General practitioner Tan Tze Lee from The Edinburgh Clinic in Singapore said there was no evidence any of the prevention methods circulating on social media would work, "but if you feel it's good for you, then whatever goes".

Tan said the most important thing was to have good hygiene: "The whole idea of washing your hands, making sure they are clean, and don't touch your face."

Health authorities worldwide have regularly emphasised the importance of hygiene since the virus is likely spread by droplets.

They advise people to wash their hands regularly; maintain a one-metre distance from others; avoid touching their eyes, noses and mouths; and to use masks "rationally", only if there are respiratory symptoms.

If it is an immunity boost people are after, Tan recommends some basic tenets: "I always believe that if you sleep well, keep yourself healthy, drink lots of water and exercise regularly - all these things can do a lot to boost your immunity." For the latest updates on the Wuhan virus, visit here. This article was first published in South China Morning Post.