Hike up to the highest elevations around Cameron Highlands and you will come across one of the most Instagram-able forests in the world.

The Mossy Forest, close to the peak of Mount Brinchang in Pahang, has been named the most Instagram-worthy jungle in Malaysia.

This is according to the latest report by Taxi2Airport, which tabulated the number of hashtags per forest. With 64,564 hashtags, Mossy Forest is ranked sixth on the list.

Located about 2,030m above sea level, Malaysia's fabled Mossy Forest is believed to be around 200 million years old, and is touted as one of the oldest forests in the country.

It is famed among local and international visitors alike for its exotic flora and verdant ground covered with a mossy carpet.

In a travel piece written last year, The Star reporter Intan Farhana Zainul likened the forest to the setting for the moors of Maleficent or Fangorn Forest of the Lord Of The Rings.

"The forest is damp, gloomy and chilly. Walking through it, all kinds of feelings emerge, from appreciating its beautiful landscape to feeling spooked at times.

"It is uncannily very quiet here, and when the wind blows, it feels as if someone is whispering behind the trees, " she wrote. 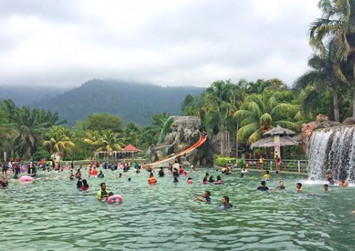 However, Mossy Forest's popularity is not without its downside.

Overtourism and the surge of visitors who came to see the forest's mythical-like sceneries have caused it to lose its natural beauty.

In the past, environmental non-governmental organisations had reported that the forest continued to degrade as a result of tourists stepping on the moss there.

Some tourists were also seen climbing the trees when they should have just stayed on the boardwalk.

In 2015, Mossy Forest was closed for six months to allow the mosses to regrow and recover.