Is relaunch of Vogue Singapore fearless or foolish amid demise of print magazines and global crisis?

The April 2020 cover of Vogue China, which became the 16th edition of Vogue magazine when it launched in September 2005. Will the relaunch of Vogue Singapore last as long?

Vogue Singapore, which entered and stealthily exited the Singapore fashion media scene in the 1990s, is making a return, despite the challenges of a waning print environment and an economy that has been dragged rapidly downwards by the coronavirus pandemic.

"In these unprecedented times, the power of Vogue to shine a light on the critical issues of our day, and to lead the conversation on how fashion can drive positive change, is even more important," Vogue Singapore's editor-in-chief Norman Tan, 37, is quoted in an April press release from publisher Conde Nast to announce the launch of the magazine.

Vogue is a fashion megabrand. But in this age of social media - where all the fashion information people need is available and accessible online - can the magazine rely on just its name and reputation? And during such turbulent economic times, is launching a big-name magazine a brave move or a foolish one?

One large Southeast Asian publishing powerhouse has already called it quits. In April, Blu Inc Media, a subsidiary of Singapore Press Holdings (SPH) since 2006, ceased operations due to challenges arising from both digital disruption and Covid-19.

The 46-year-old publisher, which produced over 20 magazines in three languages, is known for titles including Cosmopolitan, Harper's Bazaar and Cleo.

"Blu Inc Holdings' Malaysia business has been declining over the past few years due to falling revenue and reduced circulation. With the onset of the Covid-19 pandemic, there is limited visibility as to the duration and extent of the impact on the magazines business in Malaysia," an SPH filing to the Singapore stock exchange stated.

Relevance is survival, former editor-in-chief of Elle Singapore Sharon Lim says, something fashion magazine brands learned in the 1990s as they expanded across the globe.

Titles like Vogue, Elle, Cleo and Marie Claire didn't just get sent to subscribers' postboxes but were fixtures of everywhere from hair salons to doctors' clinics.

During Lim's time at Elle Singapore between 2004 and 2016, the media landscape - in particular the print industry - underwent a paradigm shift resulting from the rise of the internet.

"Where once consumers had to wait for a fashion magazine's latest issue for the lowdown on what's new, we now knew in real-time, just by going online. In particular, the immediacy of social media and live streaming have made fashion weeks that much more accessible to the regular consumer. You almost don't need to be at the [fashion] shows these days," Lim says.

Correspondingly with the rise of the internet, the fashion business cycle also accelerated from having two fashion seasons - spring/summer and fall/winter - to include pre-collections.

"Fashion magazines, with their longer lead time, simply could not keep up with the speed of production or consumption [any more]," Lim says. "Even if a fashion magazine has an online edition, it now has to compete with a cacophony of other voices, other perspectives, that are faster to churn out what's new."

"Advertisers could pay influencers to wear their clothes instead of paying for glossy spreads in magazines. And readers don't have to pay for content when they can follower influencers for free," she says.

"Excessive consumerism is essentially the bedrock of fashion - the industry is based on getting people to buy new clothes every season, and even quicker with fast fashion. However, that does not sit well with a new awareness of the effects of climate change [and of] the exploitation of cheap labour to produce clothes in poor countries," she says.

Even many local Singapore titles such as Her World and Female, that previously were thick and heavy enough to be used as doorstops, are today as thin as the models they feature because the number of advertisements has nosedived.

The question is: Are fashion magazines still relevant and if so, how?

"There are still places where magazines have their place - waiting rooms in clinics, hair salons, on flights, or high-end clubs and spas - although arguably, readership in these places would also have been affected," Dr Doreen Kum, a marketing senior lecturer at the National University of Singapore Business School, says.

She adds that digital versions of print magazines that include e-commerce functions help facilitate readers' buying.

But with the print medium bleeding badly, the business model needs to change accordingly, Kum says.

"Readers' needs can still be served if publishing houses understand how they can help them, satisfy them in ways online content can't. Publishing houses may believe they have authority in their opinions that is still valued, or they have a strategy to take readers one step closer to their goals for reading fashion content than competing sources," she says.

This is perhaps why Conde Nast is taking the brave step to relaunch Vogue Singapore.

When the title made its first appearance in 1994, The New York Times called it the "Singapore edition of Australian Vogue".

Then editor of both Vogue Australia and Vogue Singapore Nancy Pilcher told United Press International that the timing of the launch "was, by no means, an accident", describing the arrival of Vogue Singapore as "a nice twist from the days when Asia was where you did your manufacturing and not your marketing".

Yet it only lasted 29 issues, from September 1994 to January 1997. On paper, the magazine folded because advertisers were withdrawing and print sales were dropping. But the fall of Vogue Singapore was due to more than just that.

"They didn't open a proper office in Singapore [then] and produced the edition from Australia, using mainly Australian content with some Singapore material thrown in," Ong says, calling the magazine's first entry "a mere toe dip".

"It was not a surprise that it failed. You can't produce a magazine remotely without any local content. It is at best, irrelevant; at worst, insulting to the local market. This time around, they are opening a proper office and with a proper dedicated team."

Kum says many things have changed in the 23 years since the magazine folded. "Influencer marketing is such a big thing these days, and if Vogue can find the right way to be that 'influencer', who knows?"

This time around, the world's unofficial fashion bible looks set to relaunch its Singapore edition in a proper manner this autumn.

It has appointed Tan, who was previously editor-in-chief of Esquire Singapore, to helm the 27th edition of the fashion publication, saying he was selected for his "refined taste, creativity and discipline", as well as an outside-the-box approach to publishing in the modern media landscape.

The operation has an office in Singapore and has hired local editorial and marketing staff. Also joining as publisher is Bettina von Schlippe, former publisher of media house Buro Singapore. Licensed under local publisher Indochine Media, Vogue Singapore will comprise a monthly print publication and website.

Kum says the industry is known for its creativity and is certain that Vogue would have found ways to use that creativity during the pandemic.

Models who have appeared in shoots for Vogue Italia and clothing chain Zara, for example, have photographed themselves in lockdown in their own homes with their phones before sharing on social media platforms such as Instagram and TikTok.

"Perhaps given the wide acceptance and welcome for user-generated content, consumers are not looking for professional photography quality or finishing touches," Kum says.

"They value authenticity and will show their support if they like what they see. Such trends actually worked in favour for the adjustments the fashion advertising industry had to make in this Covid-19 environment." 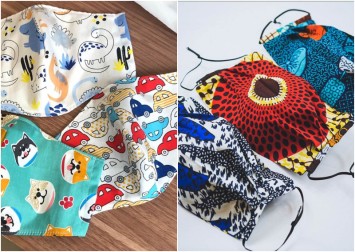 They were accused of not following social distancing guidelines "when they were so happy receiving gifts of MacBooks, iPhones and iWatches", one Facebook user posted. It was during Singapore's "circuit breaker" period, when social distancing at work should have been observed.

Tan apologised for the "lapse in judgment" on Instagram the next day, saying that the team had been allowed to return to work on June 2 but had been "all excited to see each other and decided to gather for a photo".

Industry observers say they are looking forward to the launch of Vogue Singapore.

"Norman Tan has been successful targeting the affluent segments with the magazines he has worked with," Kum says. "Perhaps the team has a new plan up their sleeves and think they have learned how to be the fashion bible for Singapore and perhaps Southeast Asia."

Lim says it will be interesting to see how the magazine carves out its niche in the Lion City.

"Covid-19 and the ensuing new normal we are in make for a challenging business environment for anyone. We are also living in a 'woke' time, and fashion magazines, in particular, must present a clear point of view. Inclusivity and diversity are hot-button issues today, for good reason."

Neither Conde Nast nor Indochine Media responded to questions from the Post.