Rich tourists good, budget travellers bad? Why it's not that simple

The global travel industry and the economies that have come to depend on it have been devastated by the coronavirus pandemic. However, not all tourism authorities are in a rush to go back to how things were.

New Zealand, in particular, sees the pandemic shutdown as an opportunity to appeal to a “better class” of visitor, and it has created the Premium Partnerships Programme to provide sponsorship to tour operators who target individuals worth more than US$1 million (S$1.3 million).

Spain’s tourism minister, Reyes Maroto, echoed the ambitions of other destinations when he told the Financial Times newspaper in May: “We are moving from a model of ‘the more tourists, the better’ to one of higher expenditures, more nights and premium tourists.”

In Asia, Thailand and Sri Lanka have indicated that they will try to appeal to higher-paying visitors, and Viktor Laiskodat, governor of Indonesia’s East Nusa Tenggara province (which includes Flores and Komodo), was reported on news site Tempo in November 2020 as saying: “Those visiting this place must be wealthy. If you’re not classified as such and still negotiate deals, it’s better to go elsewhere, such as Jakarta, Bali or Lombok.”

However, not all destinations can afford to be that choosy. And nor may they wish to be.

“Some will still want to target budget markets as there will certainly be demand for it,” says Denis Tolkach, a senior lecturer in tourism at Australia’s James Cook University who was, until last January, an assistant professor at the Hong Kong Polytechnic University.

“It is improbable that all countries will be successful at developing enough luxury products to focus their national tourism agenda on that market. Some lack financial and human resources as well as policy frameworks, which makes it difficult to match international quality standards.”

During a Radio NZ interview, New Zealand’s tourism minister, Stuart Nash, defined his ideal traveller as one “who flies business or premium economy, hires a helicopter around Franz Josef [glacier] and eats at a top-end restaurant.”

The appeal of such tourists is obvious. “It certainly makes some sense to target high-spending tourists,” Tolkach says. “It helps maintain a good level of revenue from tourists while reducing social and environmental pressures on a destination.”

Those pressures manifest in many forms, from the overcrowding that cities such as Venice and Amsterdam were trying to get to grips with before the pandemic struck, to the rubbish found on many Asian beaches and the alfresco defecation Nash blames on “freedom campers”- mostly young people on working visas who wander across New Zealand.

“If you’re willing to pay for a camper van at least ... dispose of your excrement in a way that meets our sustainability goals, and quite frankly our brand,” he said.

That seems fair enough. But the choice is rarely as simple as wealthy visitors, good; budget visitors, bad. For a start, not all of the latter are cut from the same cloth. The behaviour of visitors in package tour groups differs wildly from that of backpackers, for instance.

“Backpackers get bad press based on the idea that they are tight with their money and spend as little as possible when they travel,” says Nikki Scott, founder of the Backpackers International platforms.

“This is simply not true. While they do travel on a budget, this just means that they choose carefully where to spend their money. While they may eschew five-star hotels and luxury restaurants, they are very willing to spend a couple of hundred dollars on adventure activities such as diving, rock climbing, trekking, boat trips and mountain biking.”

Read Also
This seasoned traveller went to places very few people have visited, here's how he did it 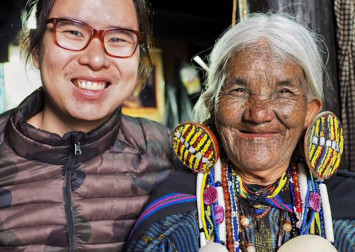 As a result, that investment is less likely to be repatriated overseas, to the headquarters of a multinational company.

“That money, when funnelled directly down to a small community, is everything to those families and communities, helping wealth distribution,” says Bruce Poon Tip, the founder of G Adventures , which designs tours for young travellers. “I think it’s hard for tourism organisations to fully understand this.”

Tolkach says that his research in Hong Kong suggests backpackers are more sustainable than mass-market tourists. Backpackers are likely to stay for much longer in a country, so their total spend may well exceed that of a high-paying brief visitor, and they “typically venture out beyond the most common sightseeing spots and shop locally”.

Backpackers, Scott says, are also seen as “being dirty, smelly, drug-taking, alcoholics who just want to party. None of these are true.”

Poon Tip does concede, though, that some travellers go to a destination just to party, and tourism organisations can’t control where or how they do so. However, the terms “backpacker” and “budget traveller” encompass a variety of people, most of whom are not preoccupied with accumulating a drug stash ahead of the next full-moon party.

“They can be nomadic families, backpacking grannies, career-breakers, empty-nesters and digital nomads,” Scott says. “Small businesses have always realised the value of backpacker tourism, and understood that the stereotype of the backpacker as a long-haired hippie with no money is far from the truth.”

Read Also
Ultimate budget travel guide in Scandinavia: Is it possible & how? 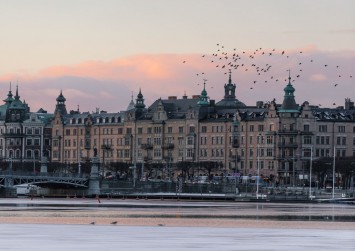 Environmental concerns are also of increasing importance, and budget travellers are unlikely to be the ones taking Nash’s helicopter around the Franz Josef glacier.

“It’s never no-impact [with budget travellers], but it’s a heck of a lot lower impact, for sure,” Poon Tip says. “Some of our overland trips use local transportation to get about, and so we’re not hiring private transportation. We stay in very small accommodations, have very small groups, and the impact is much less.”

Scott also notes that high-end tourists are less likely to receive a true impression of the country they visit. “Many ... will be shielded from the worst environmental problems, like plastic pollution and poverty. Many receive a sugar-coated image of a country. The beaches near their five-star hotel will be cleaned and sanitised and many of them won’t venture into the places that backpackers go.

“Backpackers, on the other hand, often come back from travelling with their eyes opened to more of the world’s problems. Some of them spend weeks or months volunteering in a country, or start social and environmental projects of their own.

“Once you’ve backpacked with all of your worldly goods on your back and met people who have nothing but the biggest smile you have ever seen, you tend to realise that material wealth isn’t as important as the Western world makes it out to be.”

Tolkach points out that “intercultural interaction may help mitigate the xenophobic sentiments which appear to be on the rise in some countries” and that backpackers can help labour markets remain flexible. “In countries such as Australia and New Zealand they stay on working holiday visas and are able to work, usually in agriculture or hospitality.”

Furthermore, young budget travellers who have formed a positive bond with a destination may well revisit in later years, when they are the ones with a high net worth.

Lonely Planet founder Tony Wheeler considers himself a lifelong backpacker and budget traveller. “There are lots of places where [my kind] are the largest part of the travel spectrum, plus they’re often the pioneers, the people who open up places first of all,” he says.

He hopes independent spirited travellers will help reboot tourism following the Covid-19 lockdowns. “Perhaps they’ll be the first back on the scene when it comes to reopening places.”

“There is a lot of pent-up demand for travel,” Tolkach says. “So yes, there is a concern that, post-Covid, business as usual will return and the masses of tourists will go on the same routes, visiting the same cities and same attractions they were visiting prior to Covid.”

Bali may prove an interesting bellwether, he says. “Tourism growth has greatly contributed to the island’s waste-management problems, to the detriment of the natural environment and socio cultural issues related to tourist behaviours. 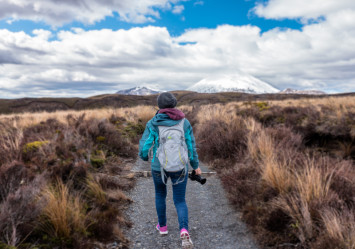 On the one hand, Bali wants to change how it develops tourism after the pandemic to increase focus on sustainability and yield per tourist. On the other hand, there is a lack of economic opportunities on the island, and many people are desperate for tourists to return so that they can again have a steady income.

“This sense of desperation and urgency may also push other destinations to enact policies that will stimulate the return of visitors [on any kind of budget].”

Ultimately though, it is important for a destination to have a good mix of products and markets, Tolkach says. “As the saying goes:

‘Don’t put all eggs into one basket.’ Luxury travel is great from a revenue-generating perspective. But budget travel also provides jobs and small-business opportunities for many people – especially in Southeast Asia – who cannot afford formal education or the large capital investment required for an upscale tourism business.”

Wheeler says that for destinations that are in a position to choose, the question they will have to ask themselves is whether they want tourism to be “restricted to people who just fly in, hang around for a few days in the international resorts, and then fly out again”.

“Isn’t there a lot to be said for visitors who stay longer, potentially spend more over that longer period, and who spend their money closer to ground level, where it’s more likely to benefit the everyday population, not just the big operators?”