If you’re a parent, you must know your teen keeps secrets. He or she conducts some part of their life furtively, as they lean on the boundaries between adolescence and adulthood, and bend rules to test themselves or to keep up with their peer group.

It’s part of growing up: the experimentation and exploration.

In his new book, Ben Brooks – born in Britain in 1992, so a teenager himself not that long ago – writes about the Things They Don’t Want You to Know, which his publisher Quercus describes as a guide to teenagers from the 21st century for parents from the last one.

He uses the tone we hear from our own teens, so his ideas are recognisable and relatable, and so, hopefully, they will help parents support their almost-adult kids without losing their minds. Or their kids’ trust.

“There were lots of moments in my own adolescence where I realised that my parents had absolutely no idea about how certain parts of my life were unfolding. I’m talking mostly about the parts that took place on the internet,” Brooks says in an interview with the Post.

“That I was forming meaningful relationships, watching beheadings, or having cybersex with menopausal women, were not things that ever crossed their minds. And why would they? These elements of my adolescence bore so little resemblance to what they’d been through as teenagers that there was no way for them to understand.”

His book might be a discomfiting read at times, but Brooks points out that parents who understand what might be going on in their teens’ lives, minds and bedrooms are better prepared.

Being prepared means we’re less likely to be blindsided – or shocked – by realities, and it means we’ll know what to do or say when things go wrong, which inevitably they will.

Clinical psychologist Quratulain Zaidi, from Hong Kong-based private psychology practice MindnLife, confirms what all parents suspect. “All teens keep secrets from their parents, and probably more than their parents did,” she says. 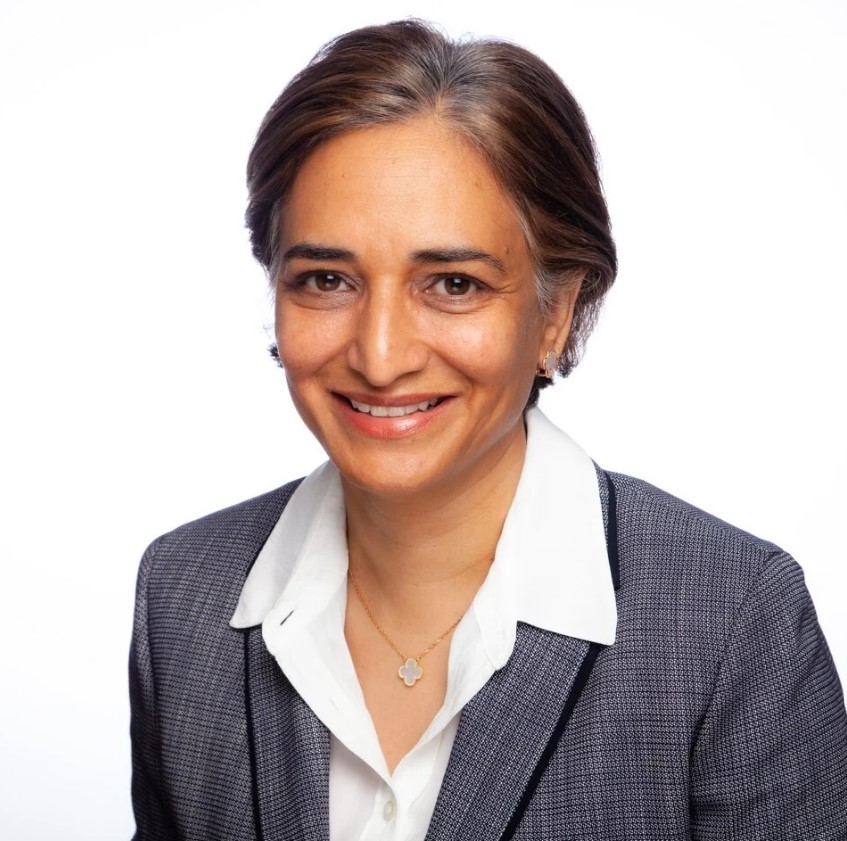 "Going through adolescence is much harder for this generation than for any previous one. The onslaught of technology and the communicative veil of secrecy it provides almost encourages secret-keeping.”

Brooks, too, points to the technology revolution as key to understanding teens’ development. “The internet has swept through our lives and left almost nothing unchanged,” he says. “For teenagers who have grown up with it, the internet shapes their relationships, their opinions, their beliefs, the way they spend most of their time. And parents can never fully understand it.

“What was TikTok a couple of years ago? Nothing. Now, the kids who use it are as famous to other kids as any Hollywood actress or platinum-selling mumble-rapper. And most adults barely understand what TikTok even is.”

Psychologist Kimberley Carder, also from MindnLife, says parents shouldn’t necessarily be alarmed by teens’ secret-keeping. “On the whole, this is a healthy part of adolescent development,” she says. “It is important to remember that during the teenage years your child is developing a value system and understanding of the world that will carry them into adulthood. 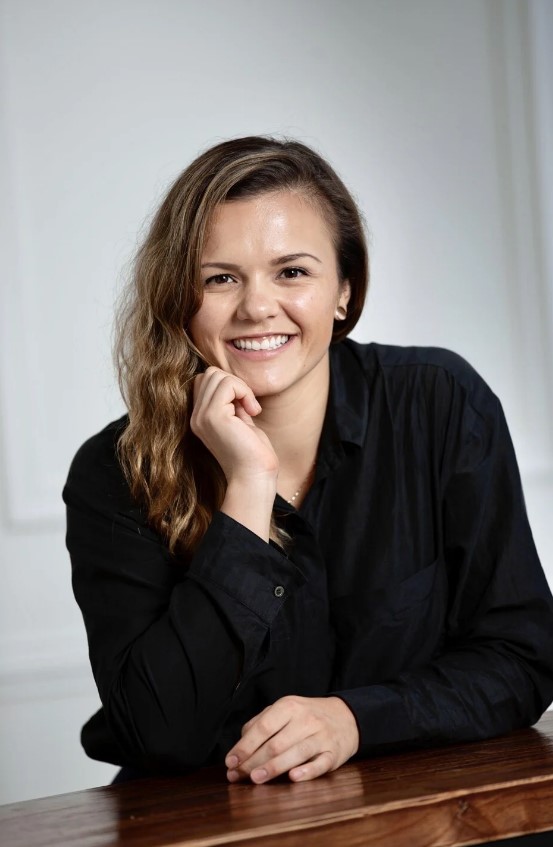 “During this stage, teenagers play a sort of ‘dress-up’ with different identities as they try on who they want to be, ideally creating a stronger sense of self. As puberty sets in and the body changes accordingly, teenagers first start to consider their sexuality and make sense of their gender role as a greater part of their identity.”

Brooks says teens should be allowed to keep a part of their lives secret. “A large part of being a teenager and growing up is establishing an independent identity and your own private world,” he explains. “Part of the problem, of course, is the parents who are convinced that their teenagers are unfailingly honest with them; that because you knew your child in their entirety at 10 years old, you also know them in their entirety at 14 or 16 or 18."

“This creates a difficult dynamic, one in which kids might be unwilling to spoil the saintly image that their parents hold of them, so they become even less honest with them, and even less likely to turn to them for help.”

Carder says this coincides with our children’s changing view of us, their parents, the grown-ups, as teenagers begin to seek validation within society and their own peer group. Differences between values at home and values among peer groups whose approval and acceptance teens seek, she adds, can lead to “rebellion and secrets”.

What sorts of secrets do teens keep? To a degree, the same ones we did – smoking, drinking, sexual experimentation. But there’s a slew of secrets that weren’t available to us – largely because, as Zaidi says, there’s been such an explosion in technology.

What sorts of secrets should alarm parents? Suicidal thoughts, certainly, and those are the ones we need to know about. “Any secret that impacts you emotionally is not okay to keep,” Zaidi adds.

Mindful of research that suggests some suicide attempts are deliberated for just an hour – and a quarter for just five minutes – Brooks writes in his book that the biggest armour against impulsive suicide “is teaching someone not to trust their thoughts”. The best way to try to instil this idea in your kids, he adds, is to teach them “that thoughts often have little connection to reality”.

Self-harming was one secret Brooks kept from his parents. “They found out anyway, through a melodramatic diary I kept ingeniously hidden below my pillow,” he writes. “Also online relationships – I knew my parents wouldn’t understand the ways in which online relationships could fulfil emotional needs that weren’t being met in the real world, so I never told them about any, even when I went to actually meet those people; it’s not hard to see the potential danger in that.”

How can we talk to our teens to sensitively probe their secrets, the things they may be afraid to ask us about, talk to us about?

Carder suggests approaching your teen with interest, not judgment. “When our teenager tells us something that surprises us” – or shocks us – try to “approach the circumstance with curiosity”, she says. Parents should try to be curious, rather than reacting with aggression. 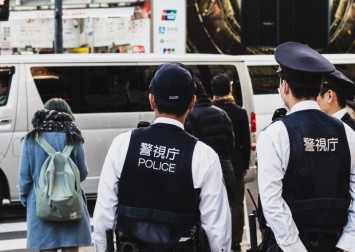 One mother in Britain, Miranda, remembers asking her daughter about drug use. She knew her daughter had experimented. “Whilst I knew the experimenting was normal, I wanted to be sure it was also safe,” she says. When she first asked her daughter, as she drove with her beside her (a useful way to have difficult conversations, side by side without awkward eye contact – walks can be good too), her daughter responded: “I’m not telling you. You’ll only get all judgey.”

Miranda persuaded her daughter she was simply curious. “I told her I’d never experimented with drugs and was interested.” Her daughter was able to reveal much more and Miranda was able to gently ascertain, that her daughter had only experimented infrequently, was well-educated about drugs, and it was a passing phase, “when I was young and foolish”.

Don’t react with shock or disdain at the things teens do confide, Zaidi warns. “If your teenager tells you they would like to get a tattoo, don’t threaten to disown them, as that’s not going to be helpful. It is a communication blocker and they won’t approach you, knowing how you will respond,” she says.

Teenagers, whose cerebral growth is playing catch-up with their physical development, have more opportunities than their parents did, but they also face more challenges; ones their parents often don’t understand.

As Brooks says, it might be impossible to keep up with the ever-evolving trends of the digital world, one of the biggest influences on a modern teen’s life, “but I think parents have a responsibility to their kids to at least try”.

After all, we’re the grown-ups.