The secret to a long life? It's in the Okinawa diet

Okinawans have an average life expectancy of more than three times the figure in the United States.

Subtropical and made up of 160 islands, Okinawa prefecture sits almost 2,000km south of Tokyo.

With its turquoise waters lapping against sandy beaches backed by jungle-covered hills, at times it's hard to remember you're still in Japan.

Okinawa was part of the Ryukyu kingdom - a kingdom that ruled most of the Ryukyu Islands from the 15th to the 19th century - for years, and only became a part of Japan in 1879.

The Shuri Castle, a Unesco World Heritage Site in the prefecture's capital city Naha, was seen as a symbol of Okinawa and long served as the palace of the Ryukyu Kingdom. Sadly, in October last year, it was largely destroyed by fire.

The island chain is notable for how long-lived its people are, something widely credited to its food.

Okinawans have an average life expectancy of 84, and 76 of every 100,000 residents live to 100 - more than three times the figure in the United States. Nowhere else, not even in other parts of Japan, matches this.

The Halekulani Okinawa hotel, on the northeast coast of the main island, offers a "Secrets of Longevity" programme that may help unravel some of the reasons why people tend to live longer in Okinawa.

It includes one-on-one karate lessons with sensei (masters or teachers), and offers people the chance to learn about ikigai, sense of purpose, which is a crucial Okinawan ability to find and live your passion.

Most significant, however, is the Okinawan diet - and nowhere is this illustrated better than during a visit and meal that Halekulani arranges at Garamanjaku, the home of 68-year-old Kiyoko Yamashiro. 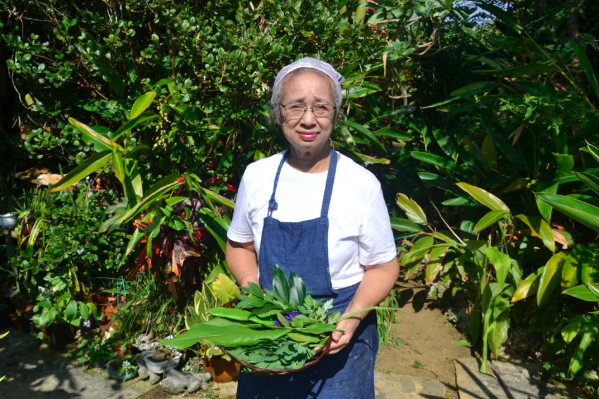 Dressed simply in a navy apron with her hair held back in a bandana, Yamashiro looks considerably younger than her years and greets diners at the door with a smile.

Yamashiro once ran a traditional restaurant in Nara, but decided her mission was to introduce healthy - and largely vegan - food from her home.

Or, as she puts it: "I want to offer meals that nurture lives. I'm very worried by modern food and just want to serve dishes that I want my children to eat, day in and day out. Every Garamanjaku dish is made with these mother's thoughts."

Yamashiro has read tomes that date back centuries to the Ryukyu kingdom, a time when wildflowers, grasses, herbs and more formed the basis of traditional yakuzen - a herbal medicine cuisine that used to be eaten across the archipelago.

Today, this cuisine inspires her dishes, which are made entirely with organic local produce. 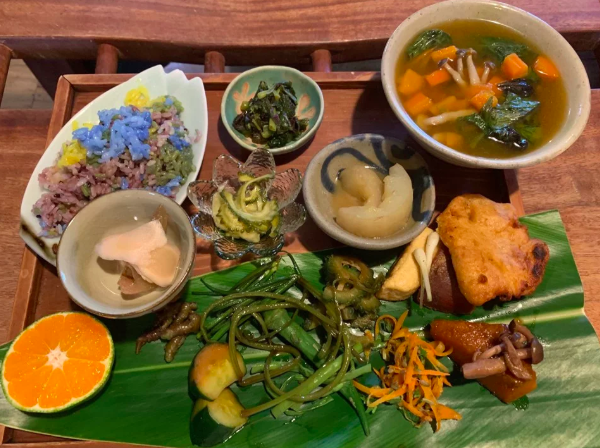 Lunch - the only time Garamanjaku is open - starts with possibly the healthiest drink I've ever had.

It's essentially a smoothie made largely from leaves and stalks that Yamashiro plucks from her garden. She explains, through a translator, why they're so good for you.

There's noni, which is "a famously healthy herb, good for the stomach and kidney" that grows best in former lava flows; turmeric, an ingredient that needs no introduction given its recent rise to superfood status; and sakuna, which is a member of the parsley family known as "longevity grass" - or as Yamashiro puts it, "a healthy herb for longer life".

I ask for a double serving.

To finish, local brown Okinawan sugar and shikuwasa, a type of local lime which features in many of the island's dishes and possesses anti-inflammatory properties, is added. 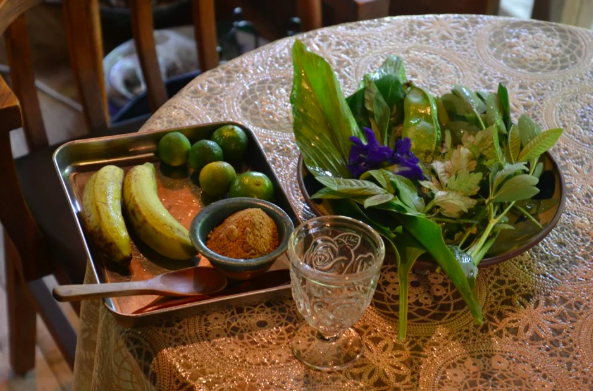 This is definitely her home, not a restaurant, meaning that her wonderful eclectic collection of effects spill around you, while every surface of the kitchen is crammed with equipment and pottery, ingredient and jars. 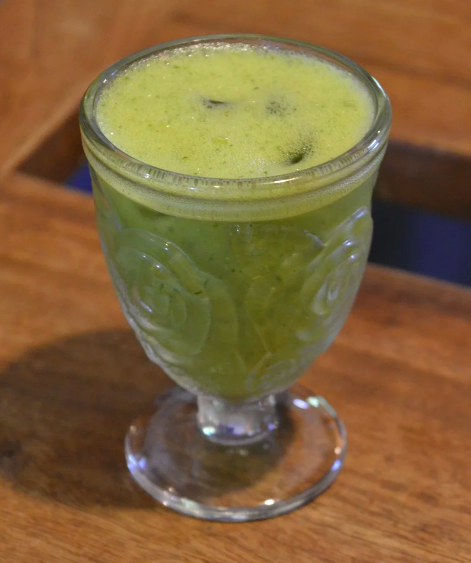 She stands by her trusty old blender and slowly teases out the green elixir, which is a slightly weird and wonderful combination of flavours.

Then, to the main event as we sit and are served a tray of more stellar local produce.

In a glass dish sits goya, or bitter melon, which I'm told is "good for detox and the heart". While I take most places that serve detox food with a serious pinch of salt, you can well believe it at Garamanjuku.

Incidentally, goya forms the basis of Okinawa's signature dish goya champuru, where it joins local firm tofu, eggs and belly from the delicious local Agu pork - which is known as the "phantom pig" because it is so rare.

Read Also
What is an Okinawan diet and should you go on it? 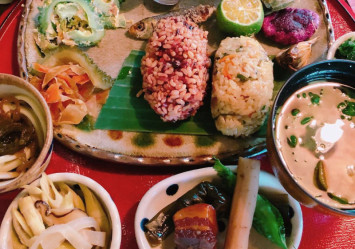 I discovered subsequently that the bitter melon is also served with Spam, but imagine it wouldn't have gone down too well if I'd mentioned it.

There was also a carrot, taro leaf and mushroom soup which Yamashiro says is "healthy herbs cooked in rice", cucumber which is "helpful for [people with] oedema" and a fried variety of taro which is "great for a guy's health". Enough said.

A small rectangle of tofu, deep fried sweet potato and two thin white pickled scallions finished the bento selection, a trinity of some of Okinawa's most important healthy ingredients that also boast the "power to clean guts".

Other menus and dishes on offer at Garamanjaku allow the chance to try misos, pickles, soups and desserts celebrating the island's bounty of fruit. 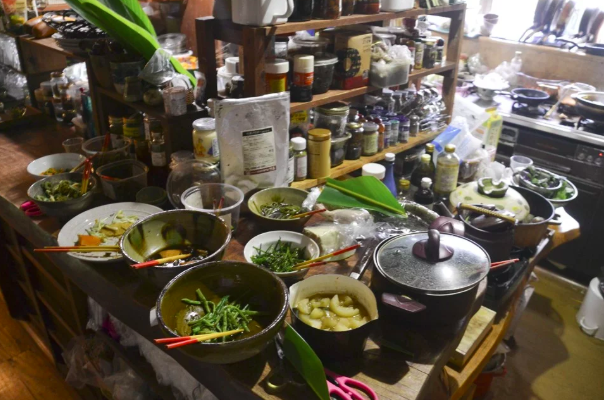 The lunch, 3,500 yen (S$43), shows the power of humble and unheralded ingredients cooked with knowledge, love and considerable technique, but just as memorable is the enlightening conversation with Yamashiro - a reminder of the power of the Okinawan diet and how a throwback to simpler times can be a life lesson for us all.

At the other end of the culinary spectrum, back at the Halekulani hotel, its restaurant Shiroux has as its consulting chef Hiroyasu Kawate, from Tokyo's two-Michelin-star Florilège. 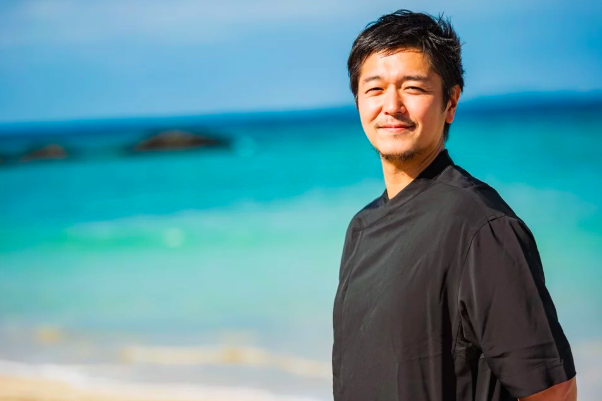 Hiroyasu Kawate from the Halekulani hotel, and its restaurant, Shiroux. PHOTO: Halekulani Hotel

His innovative cuisine (an eight-course tasting menu runs to 16,500 yen) offers a masterclass in creativity and uses almost wholly local Okinawan ingredients to brilliant effect, showing that longevity-supporting produce can just as readily be crafted into serious gastronomic creations.

For example, "sea lettuce" seaweed joins bitter melon, Okinawa pepper and more Japanese mugwort in a sublime starter that turns the ingredients into a sort of mini savoury dorayaki pancake. 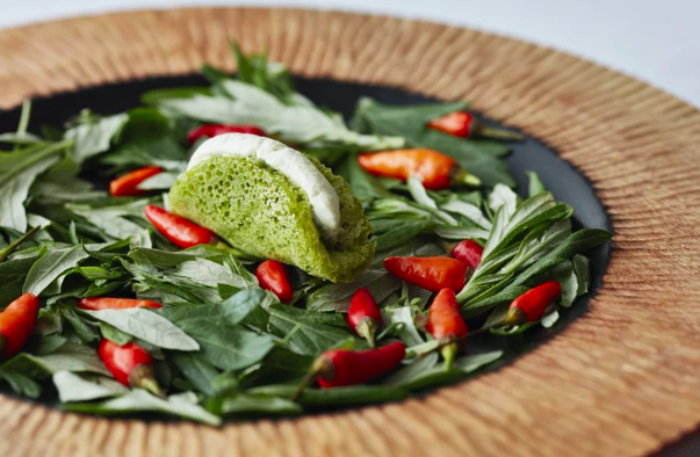 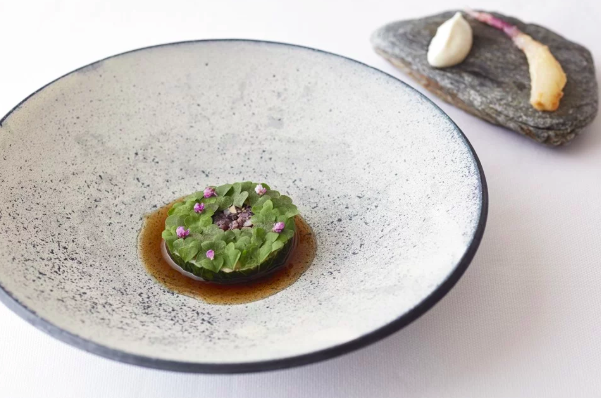 If that isn't unusual enough, the other pairs grouper with local goat and another longevity-boosting ingredient, mozuku seaweed. 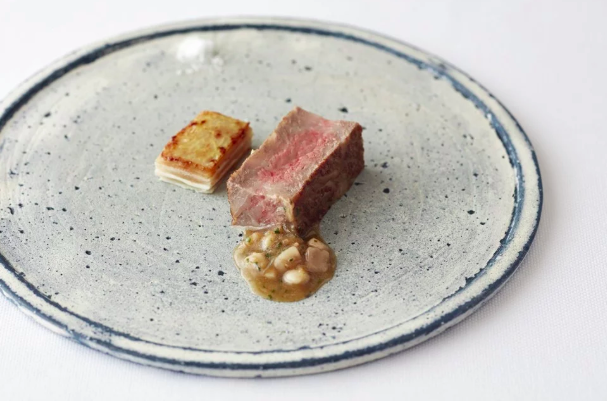 The slimy brown seaweed may not look appetising in its most basic form, but it contains significant amounts of fucoidan, a polysaccharide carbohydrate that, it is said, can suppress tumours, balance intestinal health and prevent osteoporosis.

Like another famed Okinawan ingredient called umi budo, or "sea grapes" which is seen in dishes and restaurants all over the islands, mozuku seaweed is an ingredient gaining superfood status and is a reminder of why Okinawa's elders reach such extraordinary ages.

The Secrets of Longevity package including a booking at Garamanjaku are available through Halekulani Okinawa, www.okinawa.halekulani.com