When two brands like shoemaker Jimmy Choo and designer label Mugler – both synonymous with high-octane fashion – partner for a collaboration, you know to expect a great deal of unabashed glamour.

But what role does glamour play in 2022?

After two years spent mainly at home during the coronavirus pandemic, many women have ditched their party dresses and high heels for cosy sweats and comfy shoes.

Choi and Cadwallader hit it off after meeting in New York in December 2020 and had countless conversations, mostly virtual, to develop the range, which features what Choi calls “trophies”: sculptural and striking shoes that combine the fierce and fabulous aesthetic of Mugler with Jimmy Choo’s feminine elegance and shoemaking prowess.

The late Thierry Mugler, who died in January at the age of 73, was fashion’s true showman. His runway shows were theatrical performances that celebrated women’s bodies with elongated silhouettes and sharp shoulders.

Cadwallader, who has helmed the label since 2018, has adapted Mugler’s aesthetic to current times, making it relevant to women who are not afraid to look sexy and show some skin, but can do that clad in a perfectly cut tailored jacket and a pair of leggings that fit like a glove. 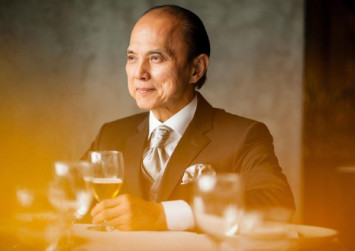 That reimagined legacy of Mugler is what the Hong Kong-educated Choi was attracted to in the first place and what she wanted to bring to this collaboration.

“A self-declared “T-shirt and jeans kind of girl”, Choi, who has been at Jimmy Choo, the brand her uncle Jimmy Choo founded in 1996 , since day one, says that Cadwallader challenged her and her team to do things differently with this collection.

“We at Jimmy Choo create a product that’s quite friendly and there’s a line that we don’t often cross, but with Casey I measured how far we could cross that line to make the shoes even more pointier and more explicit, so it was an amazing learning curve for us. You test and push further than you thought you could,” she says.

While Choi says that the collection is not necessarily about the “theatre aspect” of Mugler’s iconic heritage but more about the Mugler of today, the glamour quotient is quite high.

Stretchy ankle boots, crystal-embellished 100mm (four inch) heels, neon yellow pumps, mesh inserts and sparkly balls are some of the elements of the shoes, which Cadwallader says exude “a certain sense of empowered glamour and confidence”, just like his clothes.

Recalling how she recently felt fabulous in a Mugler dress that made her want to go out and have fun, Choi says that while glamour takes centre stage, comfort is still paramount, even when you’re clad in a legging-like thigh-high “sock boot”.

“It’s about making sure that whatever it is – clothes or shoes – [customers] don’t need to fuss and worry about what might come off and [how to] balance their body,” she explains.

“There’s the drama and the boldness in the way something is shaped, but if it’s not cut well or balanced well you wouldn’t be able to elevate the client,” adds Cadwallader.

“That’s why being so precise about comfort and fit means that, when you slip it on, it feels amazing and you are like, ‘let’s go’. If a shoe is uncomfortable you’ll never feel triumphant.”

Choi admits that fancy events haven’t been on her calendar much over the last two years, but she believes that there is pent-up demand for the bold looks that both Jimmy Choo and Mugler have always been known for.

“Now it’s going out out ,” she says. “You don’t just go out, you want to make an effort, which is a lovely thing to do as a human being – not just comfort, like at the beginning of the pandemic, when everyone was just like, ‘I’ll just slam it’, but because you’ve been starved for it for so long you want to have that extra height, extra elongation, extra something.

“That’s what we celebrate, being seen and being part of it. That’s how I interpret this moment right now.” 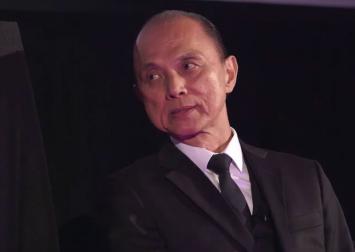 Choi, who during her tenure at Jimmy Choo has teamed up with creatives ranging from the late Virgil Abloh to companies like Timberland, sees these collaborations as “her little experimental hubs”.

“We do pieces that sell in the thousands and that’s great, but from time to time it’s good to refresh our creativity and challenge ourselves and the team,” she says.

“With Casey, everyone said it was a match made in heaven. Mugler and Jimmy Choo are so obvious together because it’s sexy and sensual and you celebrate the form of the body. This is not just another project to push more products out.”

Collaborations have become all the rage in fashion – in 2022 alone we’ve seen team-ups between Gucci and Balenciaga, Fendi and Versace, and Dior Men and Sacai, to name a few. They create social media buzz and a sense of excitement, even if sometimes it feels that not a day goes by without the announcement of a new one.

“You can tell when a collaboration comes from a creative synergy or is just a marketing exercise,” says Cadwallader.

“We really enjoyed talking to each other and working together and we really gave ourselves into that process. Co-branding is one thing; co-creation is another and that’s what this is.

“We saw how these two entities could be something different together and also cross-inform each other. It was meant to be.”