‘Sharenting’ concerns, and why mums and dads do it

Photos of Singapore-based Leia and Lauren, identical twins now aged five, have been posted on Instagram since they were born.

With 314,000 followers, the Instagram account @Leialauren is an example of a successful “mummy blog”. Its success has seen Lok, 44, and Yong, 37, collaborate with many brands, earning free stays worldwide, toys and meals, among other things.

Although they are unwilling to say how much they make from the twins’ social media presence, it’s known that successful mummy blogs in Singapore can make up to S$25,000 per sponsored post.

The word “sharenting” has been coined to describe sharing the joys and challenges of parenthood on social media through streams of photos, videos and stories.

But should parents be more concerned about what they make public?

From the delivery room to teenage years, from potty training to losing a tooth, little of their early lives is private for some children, documented through blogs, tweets and posts across social media.

A 2016 British study found that by the time children turn five, an average of 1,500 photos of them will have been posted on social media, creating a significant digital footprint long before they’re old enough to know what it means.

“Our kids’ security is our top priority, so we hardly [ever] do live sessions or live check-ins, especially when we’re travelling, to avoid exposing our current locations, Lok says.

Almost everything shared on our page is posted after the events. We personally think that connecting digitally is the way of the world moving forward. So as long as we address our security concerns, there is no reason not to share their fun and positivity.”

For many parents, shared posts on social media have become like an online diary of their children’s growth and development. Author Lalita Iyer, 52, who is based in the Indian city of Mumbai, started writing a blog for the Hindustan Times about her life, from dating to marriage and pregnancy.

She later wrote about her son Rehaan and their conversations in her hugely successful parenting blog Mommygolightly, which has since led to her writing more than 20 books.

“No one prepares you for the sheer loneliness of being a mother, she says.

I had quit my job, was writing a book and being a full-time mother, and there were so many things about motherhood which would either confuse me or elate me."

"I used to post these as snippets on my Facebook page and slowly the blog came into being.

Though the blog brought about a lot of positivity and love, it also opened us up to our life becoming really public,” she adds.

“People would message me or bump into us when we were out in the local park or at the beach, and be so familiar with us that it was unnerving.

Also, as Rehaan grew up, he became increasingly aware and did not want his photo to be posted, which I respected. I share very little of our private lives now. Children have their boundaries too, and we cannot cross them without their consent.”

Shakti Salgaokar, 42, who also lives in Mumbai, is a mother of two-and-a-half-year-old twins.

She says that though she is very active on social media and has seen friends share everything from pregnancy to being wheeled into the labour room, she and her husband do not share pictures or videos of their children on social media.

“We think that it’s a huge security risk, and with so many technological inventions, like face recognition software, it’s very easy for someone to obtain your information from your posts and use it for the wrong purposes, she says.

“As parents, we were very aware that any digital footprint we create for our kids would remain forever on the internet, and would be unfair to them when they grow up. Of course, there are lots of parents who are creating wonderful content about parenting and even building up an audience for their children’s talents, but ultimately it’s about your personal comfort in sharing.”

Other parents share images and stories with little concern of the exposure or possible ramifications. Richa Bansal, 34, a digital marketer based in the Indian city of Agra, has been posting pictures of, and stories about, her daughter Mishka since she was born.

“Bringing up a child has so many joyous moments that you want to share with people, she says.

"I post videos of many creative activities that we both indulge in, from gardening to craft. For me, the online world and the real world are just extensions of each other, and being ‘overly concerned’ is not in my dictionary.”

There is the question, however, of consent and the potential violation of children’s privacy. Stacey Steinberg, a professor of law at the University of Florida in the US, wrote a paper on the subject in 2017.

"Yet a parent’s right to free speech may trump this interest. When parents share information about their children online, they do so without their children’s consent. A conflict of interest exists, as children might one day resent the disclosures made years earlier by their parents.”

Kamna Chhibber, a psychologist at Fortis Healthcare in India’s capital New Delhi, can see the difficulties. “By continuously sharing aspects of the child on social media, a parent creates an identity for the child, and this may not always be a true representation of who they are or would turn out to be at a later stage in life, she says.

“The children get stuck with images and episodes of their life, which they may find embarrassing and not appreciate later on.”

Read Also
How to be a kid Instagram brand rep: 6 insider secrets 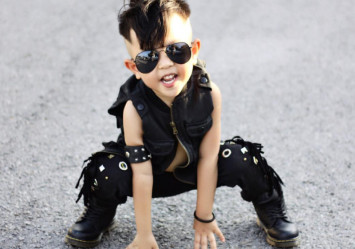 Most parents don’t seem to consider that the details shared on social media may be embarrassing to the child when he or she is older. University admissions offices and employers often look at applicants’ social media history and digital footprint, for example.

Parents can also accidentally reveal names, ages and dates of birth in online posts. Identity thieves can use the information they find online to steal someone’s identity.

In 2019, Microsoft released the results of an internet safety study of 12,500 teenagers in 25 countries. Forty-two per cent said they were distressed about how much their parents “sharented” online.

Eleven per cent said it was a “big problem” in their lives.

Laws have been proposed in Britain that could give people the right to require social media platforms to delete information held about them, providing a solution for some young people who object to sharenting.

Federal laws in the US exist to prevent others from collecting children’s information, but there are no laws regarding parents sharing information about their kids.

“There are very real risks that children’s images can be harvested from parents’ social media accounts, digitally doctored and/or catalogued on paedophiles’ websites or used in other inappropriate ways, writes Dr Kirsty Goodwin, author of Raising Your Child in a Digital World, on her blog.

“The internet is often described as Vegas – what you post on the internet stays on the internet. The internet never forgets. We lose full control of where our child’s image or video may end up when we share it online, and where and when it may resurface, or how it can be possibly manipulated.”

Many people feel that sharing too much on social media has the effect of killing spontaneity and turning the everyday lives of children into a curated shoot. Others think the advantages of sharenting far outweigh any negatives.

They believe social media allows them to be connected to friends and family, and get support, especially in cases where parents are dealing with special conditions such as autism or learning disorders. Social media, they say, feels like a community that gives positive attention and reinforcement.

"These are wonderful memories to look back on, for them and for us. Leia and Lauren love to watch their videos and pictures and have a good laugh over it. We want to share with the community that parenting is not all stressful and deprived. Parenthood can be fun, too, if you choose to look at it and manage it positively.”