The show goes on for Singapore Art Week despite tourist restrictions, with a focus on introducing art to the community

The “Light to Night” festival, which features dynamic light shows projected onto historic buildings in Singapore's Civic District, is the marquee event of Singapore Art Week which starts on January 22.

Singapore Art Week (SAW) gets under way this week, even though the country has yet to relax quarantine requirements for most overseas visitors.

Now in its ninth year, the annual festival was initially conceived by the Singapore Tourism Board as a way to position the city state as Southeast Asia’s visual arts hub, but must carry on without the tourists, explains Tay Tong, the director of visual arts development at the National Arts Council.

The event will feature dozens of exhibitions and public art installations, a symposium and the third edition of a boutique Southeast Asian art fair, kicking off on January 22. While much of the nine-day programme is taking place live, virtual tours and online talks may still attract a healthy number of international participants and keep the art week from being a parochial affair, Tong says.

The arts take on even more importance during a global crisis, Tong says. The commissioning of projects for SAW by the arts council, a Singaporean government body which took over the festival’s programming in 2016 from the tourism board, provides material support to arts practitioners and art businesses after a tough year.

The city of 5.7 million began a third phase of social distancing relaxations on December 28, which has allowed more people to visit galleries and experience art out on the streets.

The 2021 art calendar remains up in the air despite the gradual roll-out of Covid-19 vaccines around the world. Continuing flare-ups in coronavirus infection mean there is always a chance of further postponements, even in parts of Asia where infection rates are fairly low. This year’s “arts month” in March in Hong Kong, for example, has been cancelled.

Read Also
Art as therapy: How you can use it to beat the pandemic blues 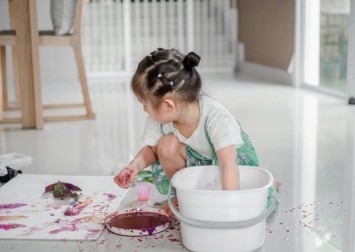 The city also had to postpone a travel bubble arrangement with Singapore when a cluster of coronavirus cases in dance clubs sparked a fourth wave of infections in November . Tong says SAW was looking forward to receiving artists, collectors and other visitors from Hong Kong who, under the travel bubble scheme, would have been able to visit the city state without going through quarantine.

“Then it changed. But there is no point being too negative about it. We are still working with a number of Hong Kong artists remotely and we are keen to keep in touch with Hong Kong so that we are in their minds when the borders reopen,” Tong says.

SAW’s launch in 2013 coincided with a large-scale contemporary art fair, called Art Stage, which was billed as the equivalent of Art Basel for Southeast Asia at the time. In 2019, Art Stage was cancelled, leaving Singapore’s Art Week without a flagship fair.

In response, S.E.A. Focus (a showcase of contemporary art from Southeast Asia) was launched that year, and it looks set to remain the core fair during Art Week. A replacement for Art Stage, called Art SG, is expected to launch in November 2021 rather than in January.

When SAW is not dominated by a large commercial component, it allows for the opening up of more experimentation as well as a sharpened focus on introducing art to the community, says artist Merryn Trevethan. With curator Amelia Abdullahsani, she co-organised “Bus.Stop.Art.”, a SAW-commissioned project that will consist of installations and interventions by Singapore-based artists at stops along the east-west route of bus 175.

“With a smaller fair, the art gets real attention. People are no longer rushing from one party to another,” says Abdullahsani.

The marquee event of this art week is the annual “Light to Night” festival, when buildings in Singapore’s Civic District such as the National Gallery Singapore and Victoria Theatre will feature in light shows. For those who cannot attend in person, there will be some digital experiences.

The Gillman Barracks will feature exhibitions at its commercial galleries, as will the non-profit Nanyang Technological University Centre for Contemporary Art Singapore. Sadly, this will be the last major event at that art space, headed by curator Ute Meta Bauer, as it will close in March.

“A lot of us are in a funk. But we are in this situation and we need to make the best of it. It is important not to be defeated and for Art Week to keep to the usual calendar,” Tong says.