Samuel Wong, founder of fashion label Evenodd, with his mum and their popular ngoh hiang – pork and prawn rolls. Fashion industry players in Singapore with nothing to sell have started food mini-businesses from home to tap the rise in stay-at-home dining.

Because of the mandated closure of non-essential businesses, the founder and creative director of apparel label Evenodd realised his business would soon be grinding to a halt.

"Everything seemed to freeze in time. My new production line was stuck in the factory, which was also closed. One morning in April, I woke up and asked my mum what I should do now that my retail business was getting badly affected," Wong recalls.

Then, he realised this would be the ideal opportunity for him to pursue his other passion - food. The designer, who has long harboured a dream to run his own cafe, figured he could launch an Instagram food business based on a recipe for ngoh hiang that his grandmother had passed down to his mother.

With that, Mum's Ngoh Hiang was launched. Within a few weeks of its launch, the moreish snacks had already been raved about by Singapore actress Cynthia Koh, and there is currently a waiting list that runs into July. 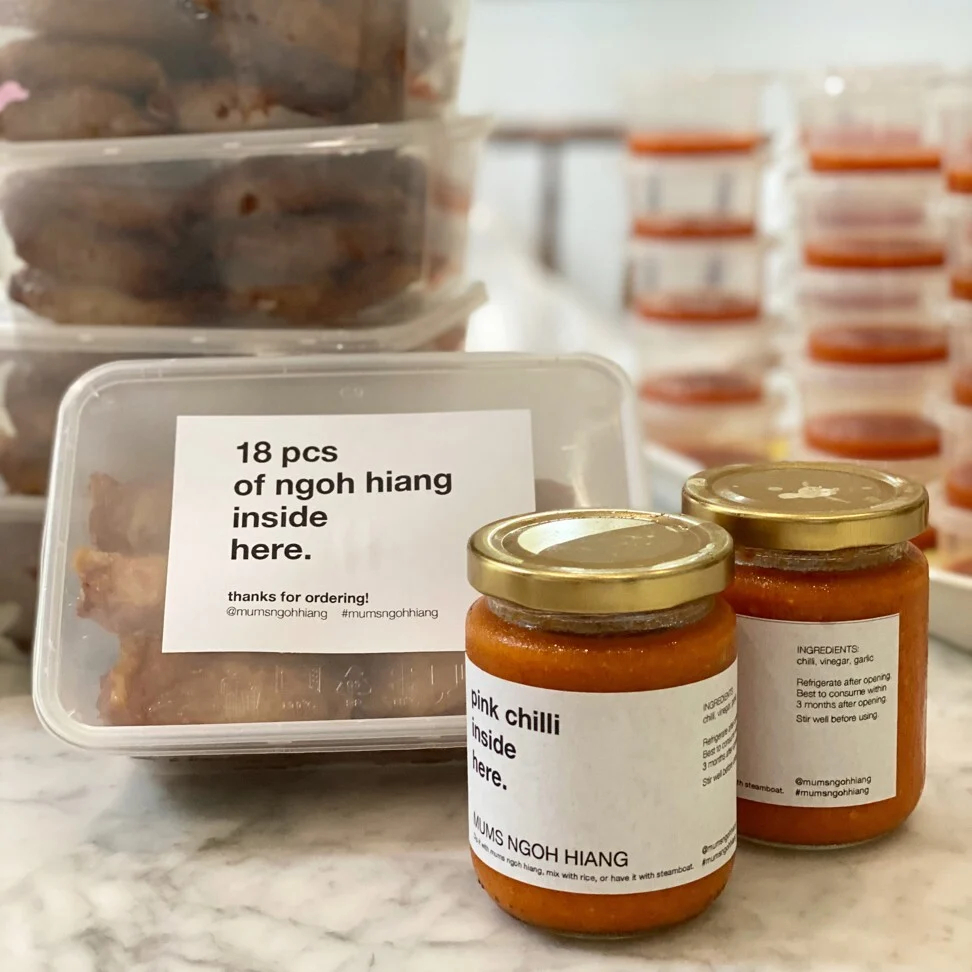 In food-obsessed Singapore, Wong is not the only fashion industry player pivoting to one of the hottest trends of the moment - making delicious food that can be enjoyed in the comfort of home.

Singapore-based Quek, the former editor of luxury lifestyle magazine CitizenK Arabia in Dubai, found herself with spare time when some of her fashion- and fitness-related consultancy projects were cancelled.

"I indulged in my other passion - preparing healthy food for my close friends and family. Chilli was one of them, and word spread really quickly from colleagues to friends. Soon enough, more people were asking for my home-made chilli."

The popularity of her chilli (which she adapted from a friend's recipe by switching out traditional ingredients - monk fruit sweetener instead of sugar, Himalayan rock salt instead of table salt, and, in place of vegetable oil, extra virgin olive oil) inspired Quek to start bottling and selling it.

Piquant and spicy, Quek's chilli sauce, which can be customised according to three spice levels and two types of oil, quickly gained popularity in condiment-crazy Singapore.

Later on, Quek, who used to make pesto when she was living abroad in Australia and Dubai, decided to roll out a spicy pesto with a hint of green chilli.

While there is a perception that the fashion community can be a catty bunch who hold grudges, both Quek and Wong say their new ventures have been received with generosity.

From friends and acquaintances placing orders to creating posts on social media, the fashion community has rallied around to help them, and fellow entrepreneurs, stay afloat.

Take Casa Manini, an Italian restaurant co-founded by Fiona Manini and her husband Fulvio, both of whom previously worked at jeweller Bulgari.

They launched the restaurant in 2018 and, like the rest of Singapore's food and beverage industry, were forced to pivot quickly during the partial lockdown to offer delivery services - packaging her crafted cocktails and his pasta sauces for home customers. 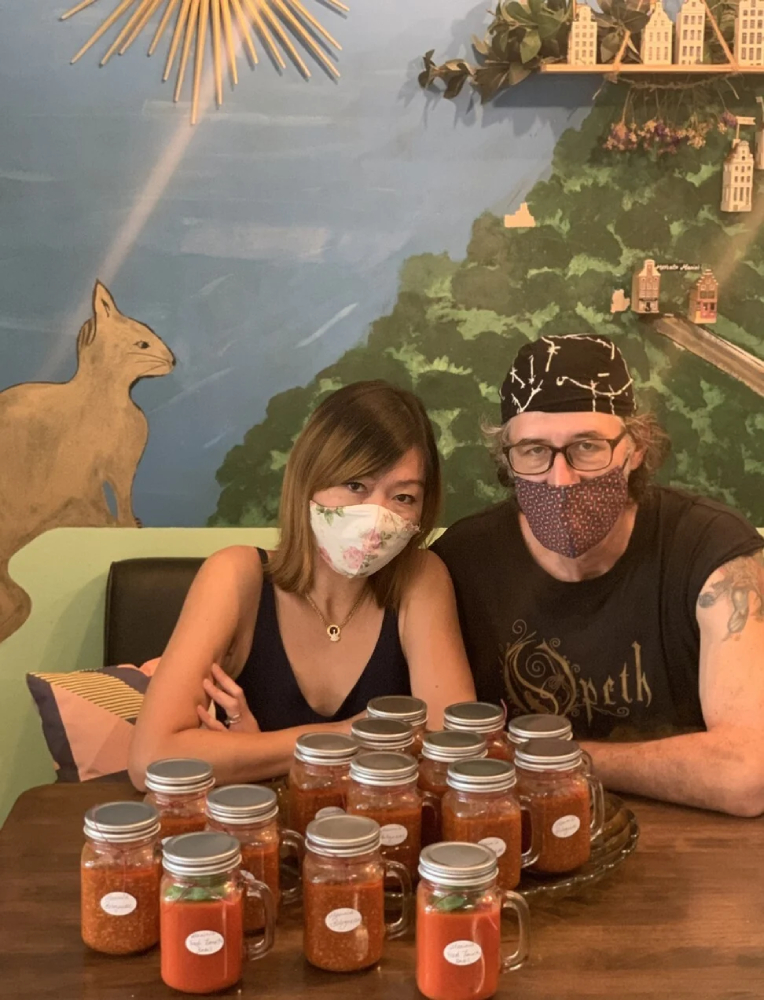 "Our friends in the fashion and luxury communities have been really amazing during this difficult time - from ordering on a weekly basis for their own families, for friends' birthdays, to working with us on special care packs for their VIP client giftings and meals to be delivered to their clients on a special occasion," says Manini.

Whether they return to fashion or not will depend on market conditions, but these newly minted food business owners say the skills they have picked up from working in fashion have helped them stand out from the crowd and keep the account books balanced.

To launch his ngoh hiang brand with pizazz, Wong harnessed his design savvy to create Instagram-friendly packaging and embarked on social media marketing to "set the right tone". For street style darling Quek, it was the management skills she cultivated as an editor that came in handy. 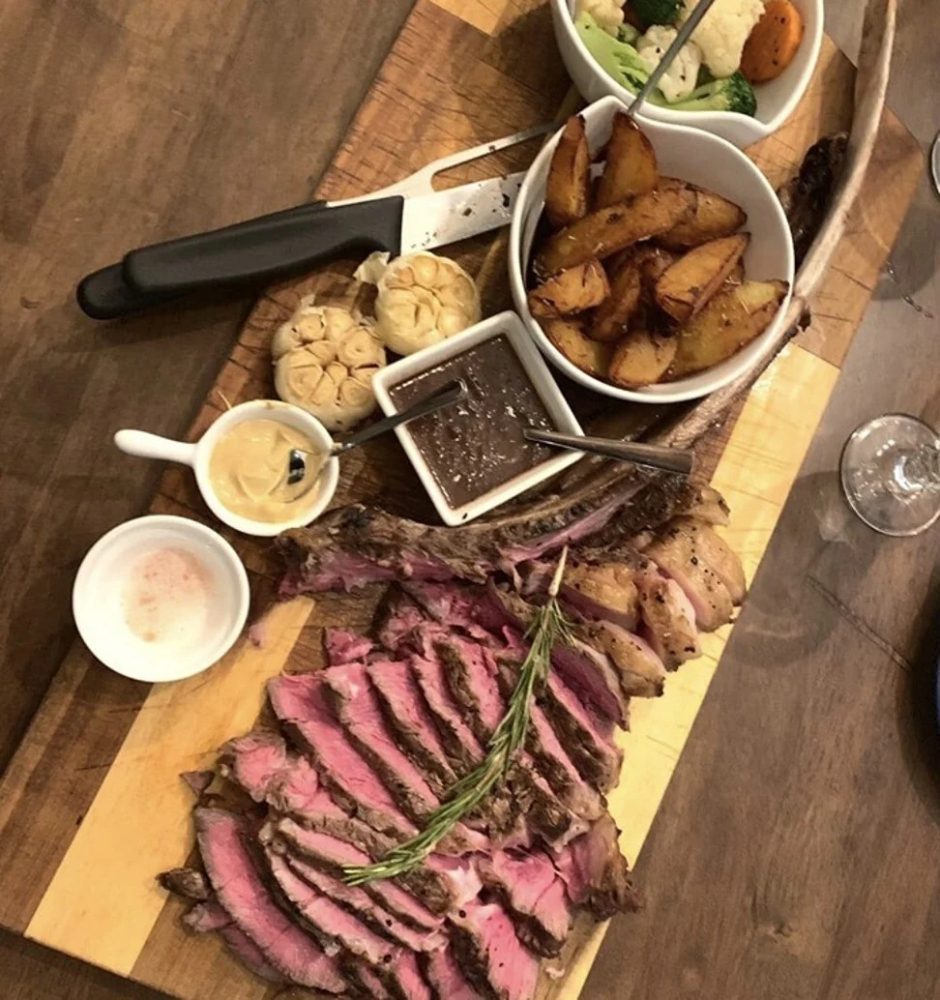 "What has helped is the business acumen [I developed] when I was editing magazine titles over the past decade, such as handling budgets, deadlines, production, team management, photoshoot logistics and timekeeping. I am used to a fast-paced environment, hence I can keep going from 9am to midnight daily, without taking a break - the goes the same for Simply Chilli," says Quek, who has been going to bed at 2am for the past three months to fulfil orders and answer inquiries.

"It's physically tiring, but strangely, it's very satisfying," she adds.