Singaporeans reveal shocking mistreatment of maids on a public platform

Singapore has reported some heinous crimes involving hurting and even killing helpless domestic helpers on the island. Forcing food down their throats, burning skin with a hot iron, and breaking fingers were among the some of the commonly reported domestic help issues in Singapore.

These maids are usually from underprivileged parts of poorer nations across Asia and their wages are far lower than the general population. A domestic helper in Singapore is entitled to just a single off day a week and there are no set working hours, in most cases.

Sadly, they are also often exploited by the employment agencies who bring them into the country and are then left at the mercy of the families that employ them. The issue continue to be discussed and debated.

A Reddit user recently posted a question based on his observation that maids are treated like second-class humans in Singapore. He further asked people to share their views and opinion on the same and the responses were shocking!

Singaporeans who commented on his post shared how they treated their maids at home. While some were empathetic and supportive, some weren’t.

1. Treat domestic helper in Singapore like you want to be treated

One user shared that his grandfather’s helper uses the same toilet as theirs and also sleeps in an air-conditioned room. “I believed that how a domestic worker is being treated depends on the heart of their employers,” he wrote.

“Always communicate with them. I felt that sometimes communication does not exist, which is why the helper is unable to express how they feel, leading to misunderstandings,” he concluded.

Another user shared that his relative misbehaved with the maid. He shared that in spite of working as the HR manager in one of the biggest firms, she is nice to everyone, except the people who worked for her at home.

3. Some people employ maids to abuse them

Another user named soccerisgreat99 wrote, “I feel some people just employ a maid to simply abuse them.

There is only a small minority that some wheelchair elderly abused these maids because of minor issues.”

He added, “My family side always treat our maids with respect. Every Sunday, we try to give them holiday. We do give them phone to call their family back home. We used to have 3 maids before. All 3 maids were ok, but naturally they may not know how to cook or may not be used to the Singapore HDB lifestyle where everything we used are electric whereas back home, they are used to using wood to start a fire.” 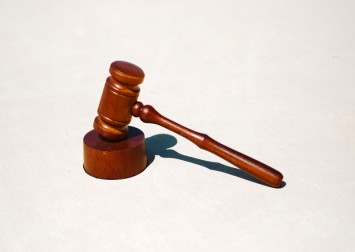 He continued, “2 of our maids left for family reason & the other maid, we sent her back to the agency because she was always sleepy, doesn’t do her job well. Luckily, i was in P6 & my mom resigned from her jobs to nurture me for PSLE. Also both my bros are in Kindergarten, close to joining P1.”

“I notice that some families during meal time tend to eat separately with their maids even when eating outside. Yes, we know maids tend to distance themselves from their owner, but we as owner have to make them feel at home. We also need to teach our children to respect maids, not teach them to control the maids,” he concluded.

While some on the other hand were of the view that maids often take advantage of Singaporean employers.

User named thattragedy wrote, “I get pissed when employers don’t treat their helpers as human. However, there are helpers who also can’t behave and don’t take their job seriously. So not everything falls on the employers.”

Majority of the respondents shared that maids must be treated humanely and respectfully, irrespective of whether they stay in an aircon room or dine with their employers.

This post that has now gone viral, raised pertinent question of maltreatment of a domestic helper in Singapore. As well as the importance to following rules. If you recall, there have been many cases of maid abuse in the little red dot.

There are several cases of horrible maid abuse in Singapore, below are four of such cases:-

The 24-year-old Sulis Setyowati from Indonesia continued to be abused by her employer and one day, she escaped from the Yishun flat by climbing down 15 stories from the balcony.

The employer tortured her by spitting, slapping, and dragging her by the hair when she forgot to apply ointment on her child’s stomach.

The 32-year-old Amandeep Kaur, from India, was put through abuse since her first day of employment in 2016. Farha Tehseen and her husband Mohammad Tasleem treated her in the most inhumane manner.

From kicking her waist and lower back twice, and punching her eye and nose as punishment for trivial things like “being too slow to prepare milk for their son.”

The prosecution described Khanifah’s case as the worst case of maid abuse in Singapore’s history at the time. The accused employer Zariah was sentenced to 11 years in jail after she was found guilty of 12 charges in 2017.

Some of the crimes included hitting the back of Khanifah’s head and mouth with a hammer, stabbing her shoulder with a pair of scissors, slashing her forearm with a chopper, and breaking her little finger by bending it backwards.

The wife of a Singaporean police officer has admitted to starving, torturing and ultimately killing her domestic worker from Myanmar. The worker Ms Piang reportedly weighed only 24kg (53lb) when she died from her injuries in the 2016 incident.

If you also have a maid at home, here are a few things you must bear in mind.

Maids are not our ‘slaves’. People need to understand that they work for us in return for money.

The least we as employers can do is not to exploit them, to pay their salaries on time, and also give them their due respect as human beings. Here are some tips to ensure a healthy relationship with your domestic help.

While being supportive is crucial, it is also important to follow rules laid down by the Ministry of Manpower (MOM).

How to employ a domestic helper in Singapore?

You must buy a $5,000 security bond for your helper unless she is a Malaysian. You can buy the bond at any bank or insurance company.

In Singapore, there are two ways to secure a full-time maid — from an agency or directly employ a transfer maid.

Normally, maids in Singapore are employed via a reputable agency. Unfortunately, maids hired from agencies can sometimes cost up to S$4,000. In some cases, this fee may not include- arrival tickets, medical checkup, medical insurance and security bond.

Transfer maids are those that are hired directly from their current employer here in Singapore.  A transfer maid fee is usually around $500.

Here’s how to employ a transfer maid

Yes, crimes are taking place, but MOM guidelines now provide clearer provisions on how helpers should be treated — requiring employers to offer helpers three meals a day and a day off.

Here are some ways in which the menace can be curbed:

MOM reminds us to report any abuse on a domestic helper in Singapore. If you spot the same, write to mom_fmmd@mom.gov.sg or call 6438 5122.