Will it or won’t it open in May? The Hong Kong-Singapore travel bubble has long been discussed – and last November was just hours from being opened, before Covid-19 snatched it away – and there’s no harm in hoping that, this time, it will inflate.

To whet your appetite for what’s likely to be Hong Kong’s first getaway, here’s a rundown of the best the Lion City has to offer in unusual guided tours.

“Trust me, this tree root will support you as you climb down,” explains our guide, Scott Tay, as he tugs at a tangled creeper to show it will take his weight. Surrounded by thick jungle foliage, Tay is standing at the lip of an overgrown and very slippery-looking hole: the entrance to a disused World War II bunker.

It’s the second, and larger, of the bunkers we visit. Both are part of the former Marsiling fuel depot and the basis for a quirky new tour by Tay’s Beyond Expeditions, which aims to help people experience “a wilder side of Singapore”.

Tay is true to his word – both in terms of the wildness and the root, which easily supports my weight as I use it to keep upright while slithering down the greasy slope. At the bottom, I find myself standing in a muddy puddle, the head torches of the other group members bouncing off the walls of the narrow tunnel that leads deeper into the complex.

Constructed before World War II to fuel British Royal Air Force planes, these bunkers have been abandoned and mostly forgotten for decades, hidden away in a patch of jungle in northern Singapore overlooking the causeway to Malaysia.

This is no carefully curated heritage tour, but rather a mini-adventure that has participants hiking through the jungle before battling mud and ankle-deep water to explore the partially derelict bunkers.

These kinds of experiences are clearly what drive Tay, whose company ran adventure trips to wilderness spots in countries such as Mongolia before Covid-19 forced him to do his adventuring a little closer to home. 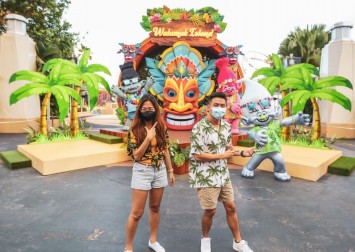 The pandemic is also what led to the creation of the tour, after he discovered the bunkers with friends.

The journey is a little creepy at times, especially when we turn off our head torches and are plunged into total darkness, and when we leopard-crawl through a narrow, gecko-filled tunnel in the first bunker we visit.

It’s very muddy, very wet, and yet it feels wonderfully liberating (and slightly thrilling) to get so far off the grid and discover a part of Singapore not on any of the usual tourist maps.

Big grins are plastered on every­one’s faces as we emerge from an afternoon in the jungle and head back to the rendezvous point for a hose down and a refreshing cup of masala tea.

The last of our group scrambles up a ladder in the Clock Tower at the Victoria Theatre and Concert Hall and a guard drops the heavy wooden hatch just as the first metal hammer strikes one of five large cast-iron bells.

A single echoing “gong” vibrates through the tower, quickly joined by its companions, together proudly announcing the arrival of 6pm in the Civic District.

Through an archway, the sun is beginning to sink over Marina Bay Sands – the last golden rays striking the glass of the tall office blocks on the other side of the river. Behind us, the Padang, the Singapore Cricket Club and the National Gallery Singapore are slowly entering the shadows.

This unique view is the culmination of a tour by the Trafalgar company that offers an alternative look at one of Singapore’s oldest buildings.

Read Also
Star Wars Day 2021 Singapore: How to experience all the events & activities at the ArtScience Museum 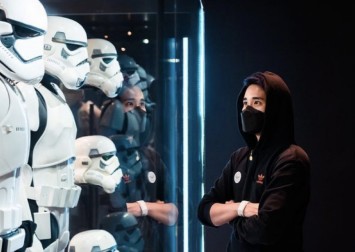 Launched in November 2020, it takes visitors on a journey into and around the Victoria Theatre and Concert Hall before ending in an ascent of the 54-metre-high Clock Tower – the first time the public has been allowed access to this downtown icon.

Our guide is local historian Jerome Lim, who is quick to detail the area’s (and the building’s) rich history, which stretches back to pre-colonial days.

From the Memorial Hall’s role as a hospital during World War II, to hosting the inaugural meeting of the ruling People’s Action Party, to being the place where the country’s national anthem, Majulah Singapura, was first performed, the building has played a central role in Singapore’s history since the original Town Hall was constructed on the site, in 1862.

The pleasure is in getting to explore the concert halls and wander the grand marble staircases – normally visited by the public only when attending a performance – and enjoying the art and design of this impressive neo­classical building.

The highlight, though, is the chance to don hard hats and scale the 106 steps – including two cat ladders, past the huge pendulum and remarkably small clock mechanism – to the bell tower.

Time it right and you’ll be treated to the sound of the Westminster Chimes, also played by London’s Big Ben, as the 100-year-old bells provide fitting accompaniment to the spectacular view over the city this building helped shape.

The tour is $140 per person, based on a minimum of five guests.

Standing by the decaying wall of a rundown brothel in a shadowy alley while discussing drug deals is not what you’d expect to be doing on a typical Wednesday night – especially just a few kilometres away from downtown Singapore.

Yet that’s just where this unique tour has taken me as part of an insightful, thought-provoking exploration of the Geylang neighbourhood: Singapore’s only official red-light district.

The three-hour experience, offered through Citizen Adventures, is the brainchild of guide Cai Yinzhou, who says he started offering it in a bid to highlight some of the issues Geylang’s residents face.

Human trafficking, government surveillance and the rights of foreign workers are just three of the weighty topics we end up discussing throughout the course of the enlightening evening as Cai leads us past the grocery stores, automated sex shops and medical clinics dotted among the winding back alleys and lorongs (lanes) in this sprawling district.

Read Also
International travel may resume in 2nd half of 2021. What should you expect? 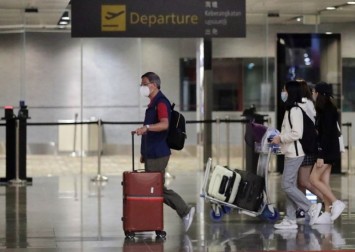 That might sound heavy, but Cai’s enthusiasm and passion ensure the experience is neither serious lecture nor poverty-porn excursion. Instead, it is a fascinating insight into a much maligned, misunderstood and little-visited part of Singapore.

His local knowledge also means you get to properly experience the area’s unique vibe, whether by browsing the market, chomping on a delicious street-side waffle, or sharing a bottle of one of the cheapest brews in Singapore at one of the many boisterous beer gardens.

The tour allows visitors to soak up the distinctive buzz and slightly edgy atmosphere that makes Geylang one of Singapore’s most unusual districts.

Whipping through Singapore’s heritage districts in an achingly cool vintage Vespa sidecar – sporting a helmet and a comical-looking pair of goggles, with your rear suspended just a few precarious inches off the ground – is both a huge adrenaline rush and a little crazy.

Singapore Sidecars, headed by co-founder and Vespa aficionado Simon Wong, has been offering thoughtfully tailored sidecar trips around the Civic District and hipster hoods, such as Tiong Bahru and Joo Chiat, for a few years.

Piggybacking off the global success of the 2018 Hollywood film Crazy Rich Asians , the company has taken things up a notch with this new tour of the city’s more flamboyant and glamorous side. 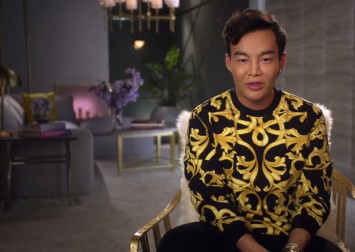 The three-hour tour whizzes visitors around central Singapore, stopping at iconic filming locations from the movie: the Humpback restaurant among the colour-blocked shophouses of Bukit Pasoh Road, where protagonist Rachel Chu confides in her best friend, Goh Peik Lin, about the icy reception she’s received from boyfriend Nick Young’s mother; the historic Chijmes complex, where high-flying couple Araminta Lee and Colin Khoo tie the knot in a thoroughly over-the-top ceremony; and Gardens by the Bay’s towering and otherworldly Supertree Grove, the site of the pair’s equally lavish wedding reception.

All the while, customers are comfortably strapped into a vividly hued, beautifully restored vintage sidecar that could very well have been built at the old Singapore Vespa factory before the city state gained independence, in 1965.

Selfies, wefies and group snapshots are all encouraged, so consider keeping to the spirit of the movie and donning your finest outfit for the occasion, heat and humidity be damned.

To cap off the tour, guests are escorted to the Mandarin Oriental hotel’s MO Bar for a lively cocktail-making workshop, where they learn more about local and regional ingredients, sample the bar’s signature tipples and shake up some stylish concoctions of their own.