Skin cancer - the risk of getting it, who is most vulnerable, the different types, and potential new treatments

As the mother of a redhead I have always been mindful of her skin in the sun. When she was little, it was easy to manage. I’d slather on sunblock, dress her in UV protective swimsuits and secure a hat beneath her chin.

But, as she got older, she wanted to be like her friends, in a bikini on a towel in the sun, gossiping and going brown. Except she didn’t tan; she just burned. As an older young teen, she retreated to the shade and looked miserably on.

My skin is darker than hers. I was that friend, lying by the pool or on a beach, gossiping and going brown. But a darker skin does not protect you from damage; I wear the freckles and lines to prove it. The damage can go further than skin deep, so I see a dermatologist to check for signs of skin cancer.

“BCC is also called ‘rodent ulcer’; it causes local ulcerations, but doesn’t usually metastasise,” [meaning it] doesn’t spread to other organs, when it becomes complicated and complicating, Wong adds. “SCC is more aggressive and sometimes does metastasise.”

Melanoma is the most dangerous skin cancer type and commonly does spread, Wong warns. “It also tends to occur in younger patients.”

How common is skin cancer? And among which populations?

According to the American Institute for Cancer Research, melanoma is the 19th most commonly occurring cancer in men and women. Non-melanoma skin cancer is the 5th most common. Perhaps not surprisingly, with all those bare Bondi-beach bodies, Australia has the highest rate of skin cancers globally, followed closely by New Zealand.

Not far behind are Norway, Denmark, the Netherlands and Sweden, populated by fair-skinned northern Europeans who chase summer sun, and lie on beaches too long, gossiping and going brown.

Wong elaborates on the dangers of the different types of ultraviolet radiation, UVA and UVB.

“UVA rays are the ‘ageing rays’, responsible for the wrinkling, ageing and immediate tanning effects, as well as potential development of skin cancer. UVA can pass through glass windows.

“UVB are the ‘burning rays’ and may cause sunburn, and sunburn is a significant risk for developing skin cancer, especially melanoma. But UVB is blocked by glass windows.” UVB rays have slightly more energy than UVA rays and can damage the DNA in skin cells directly.

Sujit Basu, a pathology professor at Ohio State University in the US, says: “Cancer control experts have been stressing the importance of reducing exposure to the sun and practising sun-safe habits for many years, but scientific data shows us that [the] cumulative damage of UV rays ultimately leads to skin cancer for many people.”

Basu and his team at the university’s comprehensive cancer centre recently published encouraging research that indicates dopamine receptors play a role in stopping the development of squamous cell carcinoma. The natural chemical dopamine is a neurotransmitter that sends messages from the body to the brain. It plays a part in controlling a person’s movements and their emotional responses.

“We showed that dopamine might prevent the development of UVB-induced precancerous squamous cell skin cancer which can progress to advanced metastatic disease, which can be fatal,” Basu says.

Dopamine is used in the treatment of Parkinson’s disease and, to a lesser extent, conditions as diverse as depression and restless legs syndrome.

If so, treatment would be far less invasive. Presently skin cancers are usually treated surgically – skin graft, flap repair for excision or, except in the case of melanoma, by cauterisation or cryosurgery.

“Surgical excision can cause disfigurement, and drugs currently used to treat these lesions have serious side effects,” Basu says. “Recurrence is a major problem in this type of cancer, which is not only stressful, it also physically and economically affects the patients.

“In addition, the progression of UVB-induced premalignant lesions to advanced metastatic disease affects the lifespan in some cases.” In other words, if skin cancer spreads to other organs, it can be deadly.

My daughter’s pale complexion was a perpetual reminder of the dangers of excessive sun exposure – she went pink and fast. But having a darker skin must not make a person complacent, as it did me. Just because having too much sun might not show as quickly, it doesn’t mean you’re safe.

Read Also
Skin cancer survivor on the power of meditation and sunscreen - use it every day even when it's raining, dermatologist says 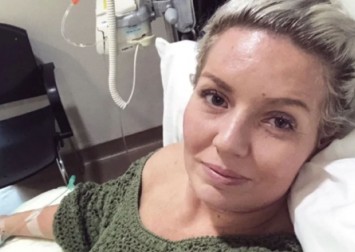 Compared with white people, the rate of skin cancer in people of colour is lower. Skin contains a pigment called melanin, and naturally darker skin contains higher amounts which can absorb or reflect more UV rays, helping to shield skin cells from harm.

According to the US Centres for Disease Control and Prevention, there was one case of melanoma per 100,000 black people in 2018 compared with an average of 25 in white people, five in Native American, four in the Latino population, and one in Asian and Pacific Islander people.

The problem is, the darker the skin, the less likely changes may be noticed in time; often skin cancer isn’t diagnosed in black people until its later stages. According to the American Academy of Dermatology, 25 per cent of melanomas in black people are diagnosed after the cancer has already spread to surrounding lymph nodes, which is when it has the propensity to become much more dangerous.

So the rule, no matter your skin colour, is this: slather on the sunblock and slap on a hat when you venture out into the sun.

My now twenty-something Titian-headed daughter remains firmly in the shade. She is less envious of her friends, gossiping and going brown (or red).

“At least you’ll look younger than them when you’re my age,” I say.