What's in an eggshell?

Rich in calcium and minerals, this part of the breakfast staple most of us routinely throw away is a resource useful for everything from garden fertiliser to DIY toothpaste and facial moisturiser.

A collection of wall and floor tiles made from upcycled eggshells — the result of a two-year collaboration between the Swiss design brand and British-Chinese textile designer Ng — can now be seen in Hong Kong with the January 2022 opening of a Nature Squared showroom within The Fabrick Lab, Ng's bespoke textile consultancy and showroom in Kwai Hing.

The tiles are displayed alongside other items that make up the Carrele collection, including stools and sculptural forms.

"Designers can come to have workshops and consultations to see the full offering using materials created by Nature Squared and my team," Ng says. "It helps to see how this material can be applied with other textiles, so they can create a mood board quickly." 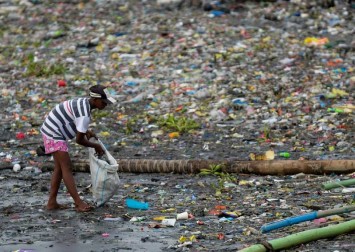 The collaboration began serendipitously in 2019 after Ng won an emerging designer award from Design Anthology magazine, the prize being a trip to Milan Design Week, the world's biggest annual design event.

"One of the first places I went to explore was [Italian curator] Rossana Orlandi's iconic gallery, where Nature Squared was exhibiting," Ng says. There she met Lay Koon Tan, co-founder of Nature Squared, and introduced herself as a weaver.

The brand was looking for a weaver to work on a project involving fishermen and their nets, so Tan invited Ng to visit the company's factory in the Philippines — a rare offering, given the secretive nature of such projects.

A couple of months later, Tan reached out to say she was stopping by Hong Kong, and could Ng accommodate a visit to her studio?

"The rapport was instant — there was a lot of synergy," Ng says of the meeting with Tan and Paul Hoeve, Nature Squared's other co-founder. She never did work on the fishing net project, but instead got cracking on their eggshell line.

Nature Squared specialises in turning unconventional natural materials such as seashells, feathers, tobacco leaves and termite nests into products and surfaces for interior and architectural application. It is well known for its eggshell inlay, a heritage technique dating back to China's Tang dynasty (618-907).

However, Carrele (stylised as "CArrele", Ca being the chemical symbol of calcium), the brand's foray into eggshell tiles using a new composite Ng designed, extends the material's capability to be widely used across interiors, maximising its potential while reducing waste.

Tiles are only the beginning, Ng says. More products made from eggshell will be released in 2022, including more surfaces, sculptural items and furniture.

The tiles are handmade in Nature Squared's factory in Cebu in the Philippines using eggshells sourced from local bakeries and central kitchens. They have the appearance of terrazzo, and according to Ng are more durable than ceramics.

Read Also
Is vegan leather also sustainable? What about faux fur and silk? 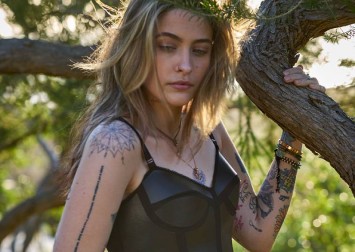 They're also produced more sustainably: Whereas ceramics must be fired in a kiln at high temperature, eggshell tiles cure naturally at room temperature.

To create the tiles, the collected shells are cleaned and crushed, combined with a binding agent and formed into shapes. Apart from two natural tones (light and dark — differences achieved by toasting the eggshell fragments), colours of blue, red and green are produced using plant-based dyes of indigo, madder and chlorophyllin.

Carrele comes in three ranges — core, signature and bespoke — offering a choice of shapes, sizes and finishes, including a 3D effect. Each square metre produced upcycles more than 3,000 eggshells.

With a starting price of €550 (S$835) per square metre, it is a high-end product. Installation is the same as for ceramic tiles, with no special skills required.

Ng says the most common questions asked by potential clients are about the shelf life of the product and whether it can be recycled.

"We explain that these tiles are not designed to be trashed after two or three years, emphasising the quality and longevity of the product," Ng says. "You shouldn't be thinking about how soon you'd need to replace them: This material can last as long as you live."

Interest so far has come from designers involved in hospitality and public-space projects, but also some high-end residences, she adds.

With global egg production exceeding 86.67 million metric tons in 2020, according to data firm Statista, and most of the shells ending up as landfill, Ng sees eggshells as a valuable material for architectural application.

"Eggshells are composed almost entirely of calcium carbonate, one of the most abundant minerals that nature provides," she says. "These amazing natural resources are given to us for free. It's up to us how to work with our planet, rather than working against it."