After months of sweatpants – and perhaps, at a stretch, donning a statement shirt or necklace for a particularly pressing Zoom call – what will dressing up might look like as the world slowly reopens after the pandemic of Covid-19?

Some of the most interesting moments in fashion have come after huge disruptions. Think of Christian Dior’s uber feminine New Look after the second world war – and after years of fabric rationing – and the rise of stealth luxury such as Phoebe Philo’s Céline following the financial crisis of 2008 .

Clothes can be a good barometer of the state of the world and how its people are thinking. After economic crashes, flashiness can feel wrong.

At the same time, people will tend to value things that are well made and designed to last. Investment feels different after uncertainty: it’s taken more seriously.

But there’s also a lot to be said for the balm that is glamour, frothiness and fun. 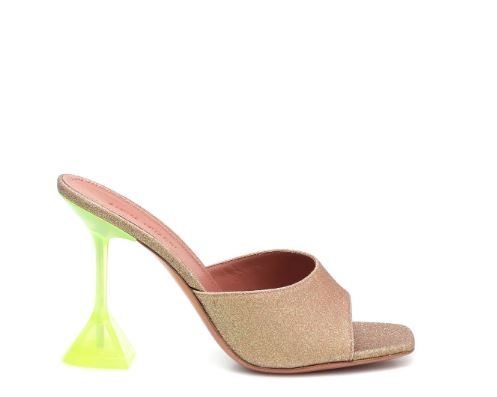 Amina Muaddi shoes from Mytheresa are selling well despite people having nowhere to go. PHOTO:  Mytheresa.com 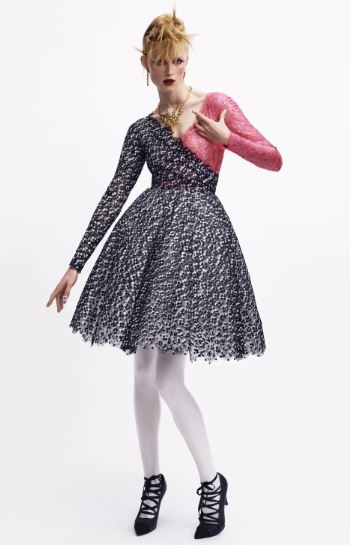 Alessandro Michele , creative director of Gucci, said recently that we will want beautiful things when we come out of the pandemic (Gucci’s own iconic bamboo handle debuted after the second world war).

Michele’s dedication to maximalism has been a breath of fresh air since his first collection for the brand in 2015 – his exuberance has shaken off years of fashion-dictated minimalism.

Sometimes, we just want to feel something – and that’s harder to do in a pair of grey sweats.

In which direction will we lean? Towards fizzy glamour or a more restrained kind of luxury? The answer may well be that one size doesn’t fit all. 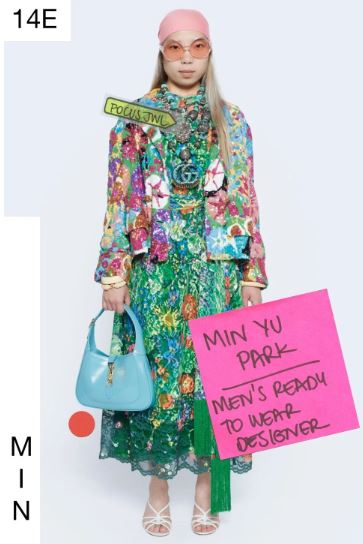 A spring/summer 2021 look by Gucci – bright and far removed from the grey sweats of the pandemic. PHOTO: Gucci

Creative director Virginie Viard was inspired by the idea of “a punk princess coming out of ‘Le Palace’ at dawn, with a taffeta dress, big hair, feathers and lots of jewellery”.

The collection, she says in the notes, was inspired by designer Karl Lagerfeld from the times he would go to Le Palace, a nightclub in Paris, in the company of “these very sophisticated and very dressed up women, who were very eccentric too”.

Doesn’t that sound like the blessed opposite of athleisure? And crucially, don’t pieces that inspire joy feel necessary right now? 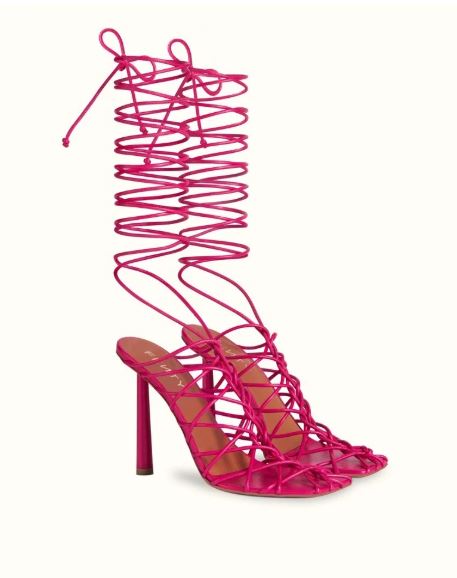 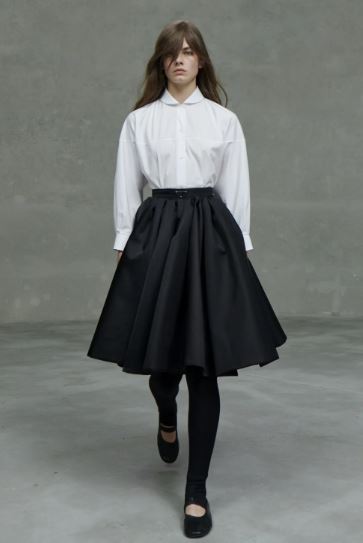 A spring/summer 2021 look by Prada. Miuccia Prada says her collection is simple as “this is a moment that requires some seriousness”. PHOTO: Prada

This appeal could well be why, as fashion trade publication The Business of Fashion reported, buzzy and uber glamorous shoe label Amina Muaddi (whose collaboration with Rihanna’s label Fenty dropped earlier in July) has seen sales of her high-heeled, crystal-embellished sandals sell through – even in the months when none of us had anywhere to be.

Yet Miuccia Prada, in a series of short films by five creatives at the Prada spring 2020/2021 menswear show, showcased a pared-back collection of crisp cottons, useful nylon and sportswear.

Prada says of her collection: “The clothes are simple, but with the concept of simplicity as an antidote to useless complication.

This is a moment that requires some seriousness, a moment to think and to reflect on things. What do we do, what is fashion for, what are we here for?” 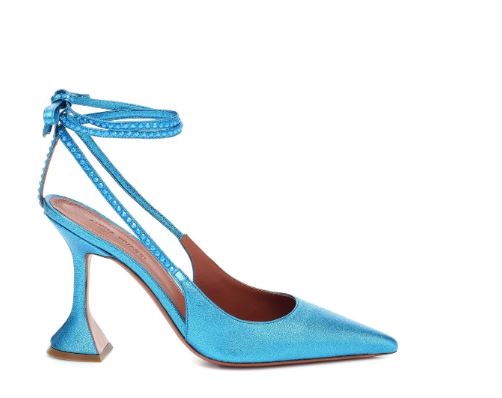 Amina Muaddi shoes from Mytheresa are selling well despite people having nowhere to go. PHOTO: Mytheresa.com

Of course, there’s a vast difference between couture and ready-to-wear – the former being in the business of dreams, the pinnacle of craftsmanship and for the lucky few – but it’s more about the idea of luxury distilled from these collections and how they both feel so relevant. Both are about special pieces that you’re meant to keep forever.

Petah Marian, senior strategist at trend forecasting company WGSN Insight, believes we are entering a time of reflection when we’re examining the purpose of fashion and what luxury means.

“People have really been redefining luxury through the pandemic. Increasingly, health and well-being are becoming much more prized elements, alongside a sense of community and human connection,” she says.

Marian believes luxury will move away from logos and flashiness – both will feel a little tone deaf when times are, for many, tight. Instead, she says, it will become more about things of value, craftsmanship and fashion that makes us feel good.

“Luxury codes are likely to change even for those whose financial circumstances have not, shifting away from logos that feel flashy and lack awareness of the broader economic situation, towards luxury through more tactile and humane aspects, such as the softness of a jumper or understanding how the workers making the garment have been treated,” she says. 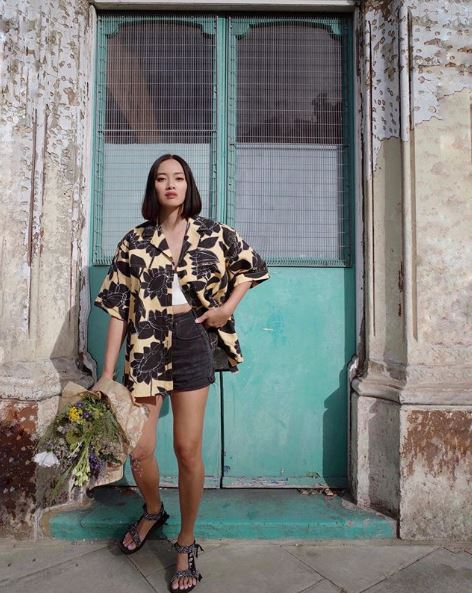 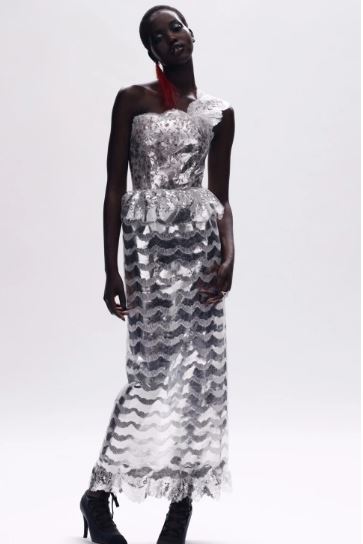 An autumn/winter 2021 haute couture look by Chanel. Virginie Viard was inspired by the idea of “a punk princess coming out of ‘Le Palace’ at dawn”. PHOTO: Mikael Jansson

“I think we will see a more restrained version of luxury – something more about quality and timelessness, something you can wear at all times, which is the true meaning of modern-day luxury,” she says. 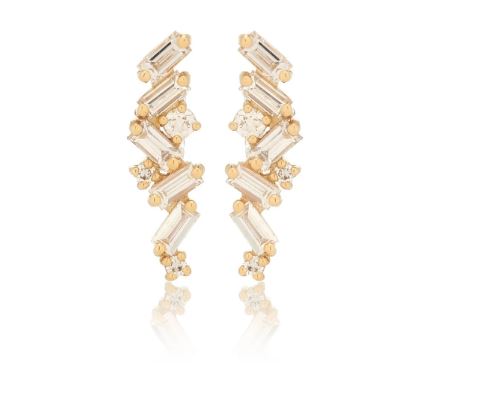 After lockdown, Hsu says, people will be looking for chic, understated pieces from the likes of Khaite, The Row and Jil Sander that “are perfect for in- and outside”.

“We also saw a pickup in fine jewellery, which is again something that is very timeless.”

Ultimately, timeless pieces will be the ones we will treasure the most. For one person, that may be feathered heels, and for another it’s the perfect pair of sharply tailored black trousers.

Dressing up and heading out into the world again will mean something different to everyone – and that’s definitely something to be celebrated.