Thailand bans sunscreen in marine parks to preserve delicate slow growing coral reefs, but is it going to be enough?

In 1999, Australian filmmaker Baz Luhrmann released a seven-minute spoken word song. Based on an essay written by Chicago Tribune columnist Mary Schmich, it was the perfect riposte to the prevailing Y2K dread and dispensed pithy pearls of wisdom, such as: “If I could offer you only one tip for the future, sunscreen would be it.”

Although Y2K dread has given way to exponentially more dreadful – and existential – climate concerns, the benefits of sunscreen remain as applicable as ever. Unless you happen to be in any of Thailand’s marine national parks, that is, where SPFs containing chemicals believed to cause damage to coral reefs are now banned.

Reporting on the government’s mandate, which came into force on August 4, the Bangkok Post noted that “concerns are growing that the lotions [tourists] use as protection from the tropical sun are harming delicate, slow-growing corals”. Sunscreens prohibited are those containing oxybenzone, octinoxate, 4-methylbenzylidene camphor or butylparaben.

Those who violate the ruling will face a fine of up to 100,000 baht (S$4,100), “although officials have not said how they plan to enforce the ban”, the Bangkok Post reports, adding that, “Thailand follows the Pacific island of Palau and the US state of Hawaii which have already imposed similar bans.”

Awareness of the potentially harm­ful effects of some sunscreens is grow­ing as consumers become more environmentally conscious, with the ultraviolet (UV) filters oxybenzone and octinoxate receiving the most scrutiny. All Nivea Sun products proudly proclaim that they “are already compliant with Hawaii Reef Bill, free from Octinoxate and Oxybenzone”. 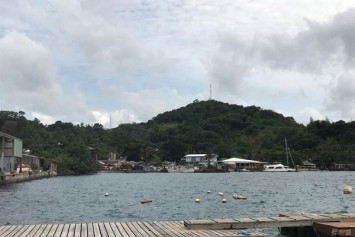 Sadly, it’s not as simple as that. A recent study published in the journal Environmental Sciences Europe looked into the bans in Hawaii and Palau, noting that they vilified “the widely used oxybenzone and octinoxate, while promoting the use of inorganic filters such as zinc oxide even although their toxicity towards aquatic organisms has been documented”.

According to the study, “several cosmetic manufacturers have already acted on these concerns by incorporating claims such as ‘reef safe’ or ‘reef friendly’ into the marketing strategies of their sunscreen products” as a consequence of the bans – and the media attention they attracted.

The study found that “the majority […] of the sunscreens marketed as ‘reef safe’ contained inorganic (or mineral) UV filters only, while 21 per cent of the products used organic (or chemical) UV filters in their formulations”, but argued that there has been insufficient research into whether inorganic UV filters are actually any better for marine ecosystems.

“Furthermore, the ‘reef safe’ sun­screen terminology at its current state may even mislead consumers to extensive use of sunscreen and distract from alternative and important photoprotective measures,” claims the study. “More emphasis should be given to educating the public on alternative ways of sun protection, namely, seeking shade when outdoors and using photo­protective clothing including rash guards, hats and sunglasses.”

The study concludes that reducing the use of sunscreens in reef environments “should be emphasised in addition to decreasing their toxic effects towards corals”, after all “new formulations of sunscreens with lower toxicities to corals may still exert adverse effects to corals during periods of high usage”.

ALSO READ: World Oceans Day: Have a whale of a time with these free documentaries

So, rather than buying in to green­washed sun protection that encourages consumers to ditch one potentially environmentally damaging chemical concoction for another, if we are serious about saving coral reefs around the world, we have to think more radically.

Hong Kong recently announced that it was again tightening border restrictions, with arrivals from countries such as the United States and France joining those from India and the United Kingdom in having to endure a 21-day hotel quarantine, leaving domestic “travel” the only realistic option for most residents.

However, anyone desperate to leave the ground will have the opportunity to do so aboard the “We Care Watsons Water Flycation”, which is essentially a concert in the air by another, far clumsier name.

The 90-minute flight will depart from and land in Hong Kong on August 28, and “travellers can enjoy Alfred Hui’s impressive performance and Hong Kong’s stunning city view, as well as play games with Master Qi to enjoy a relaxing yet fun time,” according to promotional materials.

Needless to say, anyone worried about the aforementioned coral bleaching, an alarming increase in the frequency of extreme weather events and the climate crisis in general may want to steer clear of such environmental extravagance.

Remember the troops of marauding macaques that were seen fighting over scraps of food in Lopburi, in central Thailand, during the country’s first wave of coronavirus infections, from March 2020? Well, as Covid-19 cases again surge across the country and keep domestic travellers at home, they’re back in the headlines. And this time they’re causing congestion.

“Traffic was held up for four minutes as [the monkeys] faced off in front of the ruins of a Buddhist temple,” reported British tabloid Metro in July.

“The fight ended with one group being chased away, but the monkeys are growing increasingly desperate during this latest lockdown. They are usually well fed by visitors, but a domestic travel ban imposed earlier this month, along with more people staying indoors, has caused another food shortage.”

Speaking to Metro, government veterinary surgeon Supakarn Kaewchot said: “The monkeys are so used to having tourists feed them […] With the tourists gone, they’ve been more aggressive. They’re invading buildings and forcing people to flee their homes.”