Expensively dressed Chinese professional shoppers, or daigou, were once a regular sight in the glossy boutiques of New Bond Street and on the more rarefied floors of Harrods, Harvey Nichols and Selfridges in London.

With Chinese social-media app WeChat open in one hand, and a designer handbag or a piece of jewellery in the other, these London-based shoppers analysed, described and bought luxury items – watches, jewellery, clothes and cosmetics – for customers in China.

Before the coronavirus pandemic began, these shoppers and the designer stores of London had a mutually beneficial, if often testy, relationship.

Most high-end brands don’t allow photographs to be taken of their products, so Chinese professional shoppers spent hours in stores describing price, colour and product details over WeChat before buying and sending goods to China.

For a while, the industry thrived: Chinese customers were getting early access to collections at a lower price and could boast their products had been bought in Europe, while the shoppers – who usually charged a commission of five to 15 per cent – were making a healthy profit.

Has all this been irreversibly damaged by the pandemic? 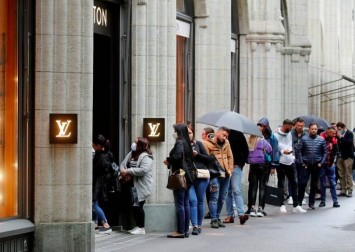 A glance at the current situation would suggest so. The drop in international travel has meant Chinese duty-free areas such as the island of Hainan have flourished, and many luxury brands have chosen to expand there rather than in Europe.

Physical stores have been closed in London on and off since the beginning of November and only fully reopened mid-April, which made being a professional shopper particularly difficult in Britain.

One professional shopper in London, who wishes to remain anonymous, said the coronavirus pandemic had decimated her income and forced her to take on other, non-fashion-related work.

In the past year she has bought some pieces for her clients online and sent them on to China, but says that the winter wave of infections in Britain has left many of her clients hesitant about buying goods, in case the boxes are contaminated with the virus. This is something scientists have ruled out.

“Before the pandemic, I had some stock, so for the first few months I was selling my old stock,” she says. “But it was difficult, and I know some daigous have flown back to China as the Hainan duty free shopping market is booming and very convenient.

“Nowadays, people can shop for duty-free goods and take bullet trains around China, so unless they are looking for very rare pieces it makes more sense for them to shop at home at the moment.” 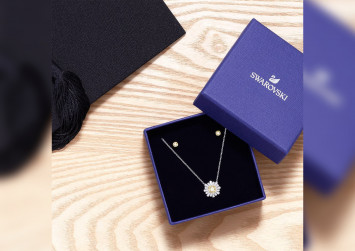 Against all odds, though, some commentators believe that the pandemic could make professional shoppers more powerful than ever. “The daigou market in London and across Europe has changed this year,” explains Rocky Chi, the head of strategic planning at London-based marketing agency Emerging Communications.

“Once, luxury houses and retailers kept daigou at arm’s length; now [they] are considered important customers.”

This is because the biggest buyers in Europe of luxury goods – Chinese visitors – have been unable to travel to Britain to visit bricks-and-mortar stores, and sales have plummeted. Retailers in London have had no choice but to cultivate new relationships with professional shoppers ahead of the reopening of stores.

Because these shoppers now account for almost 20 per cent of luxury sales, retailers can no longer afford to be sniffy about them.

As a result, sales staff have had to establish working arrangements with them, and in many cases professional shoppers are being treated like KOLs (key opinion leaders) with an important role to play in publicising brands.

“Previously, the European luxury sector had a largely antagonistic view of daigou to the degree that known Chinese professional shoppers were sometimes barred from stores, and had to resort to asking other people to buy on their behalf,” says Chi. 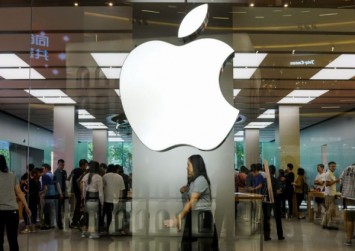 “The idea of them buying the same item multiple times at one visit, or live-streaming in-store was anathema. Now, many retailers, including shops owned by brands such as Louis Vuitton and Hermès, encourage such practices.”

A new, informal type of personal shopper has also emerged in the past year: Chinese students. Already big buyers of luxury goods themselves, in London they have begun shopping for family and friends back home.

“Chinese students in Europe have had a lot of time on their hands in the last year, giving them the opportunity to undertake more daigou activity,” says Chi.

Because these 20-somethings are now taking on a role that has traditionally been filled by older women, they are also appealing to the Gen Z market in China – something that will continue even once the pandemic is contained.

“The wealthy Gen Z customers in China are always going to want to be first to acquire the latest luxury and hard-to-get items,” says Chi. “There is no sign of this stopping despite the rise of home-grown premium brands, and the closing of the price difference between Europe and China.

“The emotional drive behind wanting to be the first adopter and the sheer weight of spending power means price is not the prime concern, but [rather] the need to acquire pieces before everyone else is.”

In other words, as long as luxury collections keep landing in Europe before China, the professional shopping market will continue. But the worry for shoppers is that if sales in Hainan keep outstripping those in many Western capitals, luxury brands might rethink this practice.

“The pandemic has been the catalyst for Hainan’s duty-free shopping,” says our anonymous shopper. “So I’m just waiting to see what the future brings.”