They're kings and queens of social media - but they don't exist

Virtual social media influencers such as Liam Nikuro (above) feature photos of themselves at various locations and in a variety of outfits on their feeds.

Liam Nikuro uploaded an image of an “I can’t breathe” poster on his Instagram account in May, mobilising his followers to support the Black Lives Matter movement in the United States.

“We need to stand together and take action in any way we can,” he wrote.

One of his peers, imma gram, posted a list of black Americans killed at the hands of the authorities and demanded change, while her brother, plusticboy, encouraged his followers to learn more about the historical injustices faced by African-Americans.

Socially aware and publicly engaged, these internet influencers look and sound very real – but they are entirely computer generated.

They have turned the online realm into a curated fantasy world, one where it’s hard to discern what is real and what is artful artifice.

Now, a new computer-generated species of social media influencer is taking this escapism to another level.

The characters are entirely fictional and have unique personalities, hobbies and interests. They post OOTDs (“outfit of the day” photos), group selfies and even the occasional throwback shot. 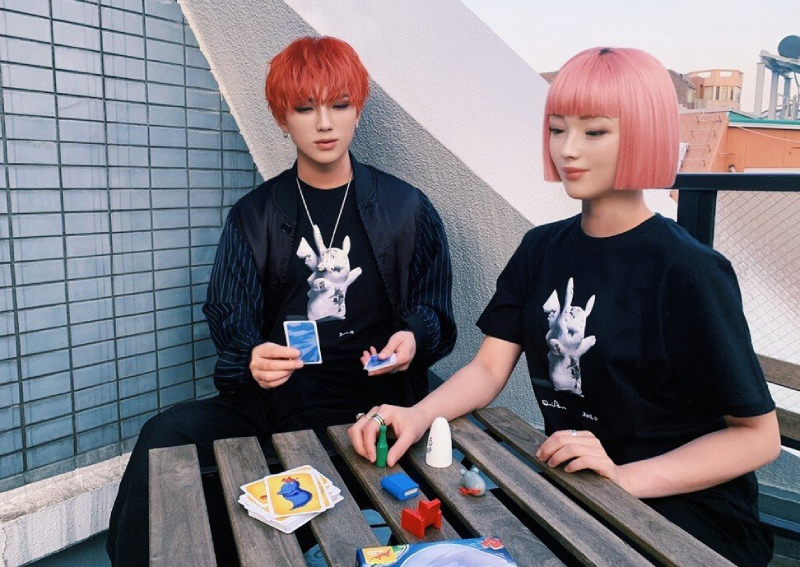 Computer-generated characters are increasingly popular with internet users. According to HypeAuditor’s 2019 report, virtual influencers have three times the engagement rate of flesh-and-blood influencers.

The report by the platform that provides Instagram analytics found that 32.1 per cent of the virtual influencer audience is female and aged 18 to 24.

Branded as a singer and producer, he has gained a significant online following – 14,400 fans on Instagram – thanks to his streetwise fashion and socially engaged posts.

His creator, Hirokuni Genie Miyaji, says Liam is half Japanese and half American.

“We surveyed about 100 people on their favourite celebrities and models and, after gathering the responses, we decided to mainly base him on Justin Bieber and added Asian BTS features,” says Miyaji, who is the founder of Tokyo-based CGI company 1sec. 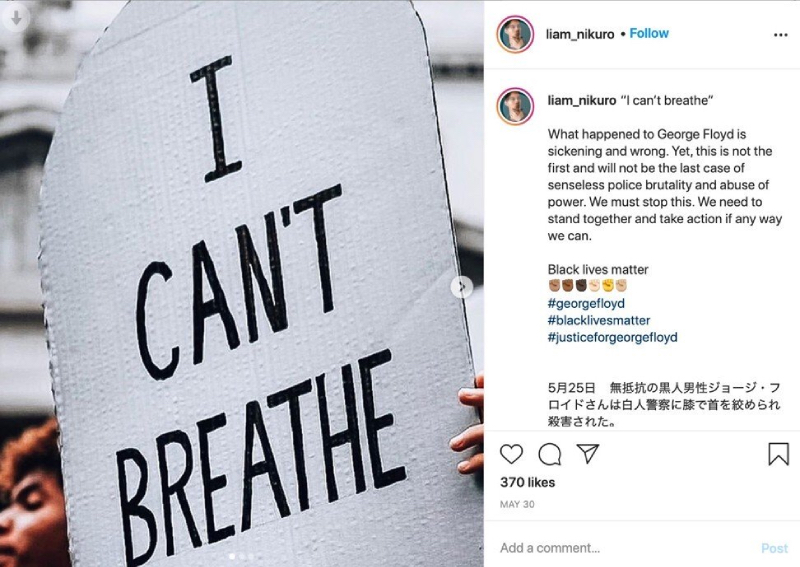 Liam posts photos of himself, just like any other influencer does. There are shots of him working out at the gym, gulping down a bowl of ramen and playing basketball.

He lives the life of a celebrity in Los Angeles, hanging out with stars like US singer Post Malone and joining Dutch DJ San Holo on tour.

He is also planning on releasing some music tracks he has produced, but further details have yet to be released.

Miyaji says Liam is not meant to be a typical influencer – he wasn’t created for marketing purposes, but as a fresh new voice to help combat cyberbullying in Japan.

When Hana Kimura, a wrestler and the star of Netflix show Terrace House, killed herself in May, it was reported that her death was tied to cyberbullying and mental health issues. Miyaji says he wants to use Liam to help people who are feeling suicidal.

“We want to stand up for things like that. If there is a virtual character that someone can talk to, we believe it will help save lives. Liam can be someone to talk to, who gives advice.”

“I want to be able to create something for the good of this world,” Liam says in his posts. 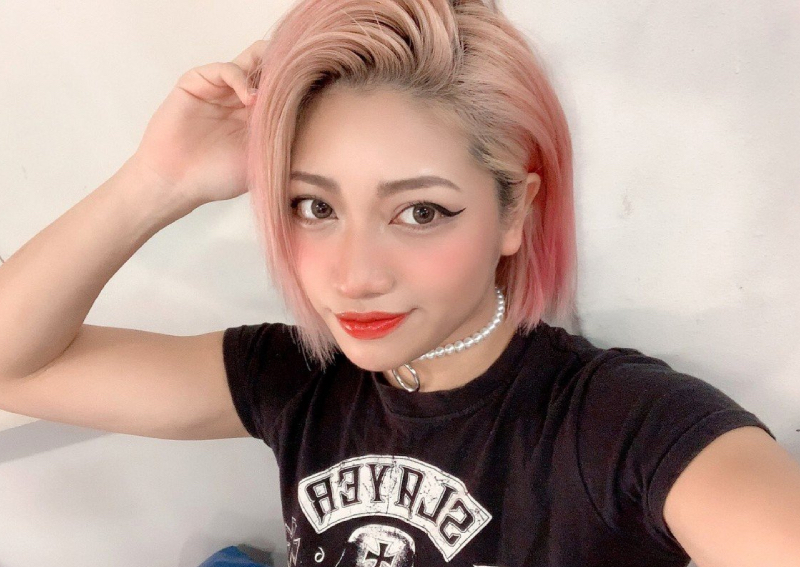 Followers can send him direct messages on Instagram to talk about their day or to be heard by someone, somewhere.

“We have received DMs on Liam’s account where people say they are having a bad day and need someone to talk to,” Miyaji says.

“Our next step is to create a voice for him so he can communicate with real people online.”

Eventually, it’s hoped that Liam will be able to respond to fans directly. For the moment, a 1sec employee replies to the messages he receives.

Virtual influencers are already making their mark in the fashion industry.

In 2018, Producer M from the Tokyo-based CGI company ModelingCafe created imma gram, who is best known for her doll-like features and bubblegum-pink bob. 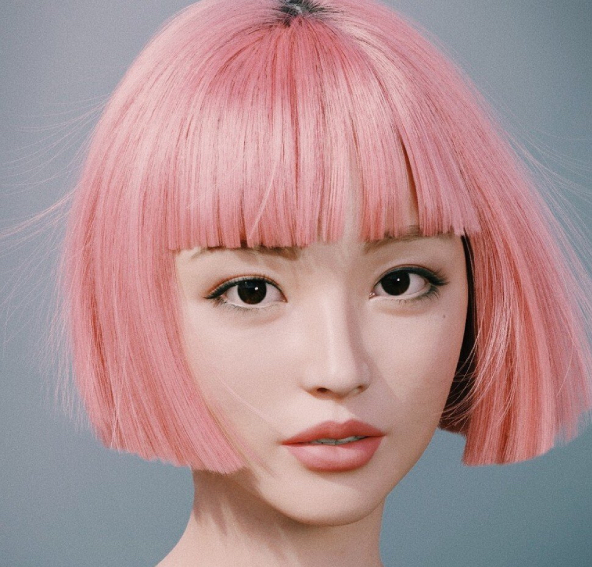 Modelling for brands such as Burberry, Bape and Dior, imma has more than 202,000 followers. Her Instagram feed is filled with images from professional photo shoots and magazine covers.

The pink-haired virtual influencer is also active on TikTok, where she posts videos of herself dancing. She will soon also have fully mobile facial expressions.

Her brother, plusticboy, was also created in 2018.

Together, the siblings have appeared on billboards in Tokyo and have also modelled for Puma x Sly, a collaborative campaign between the sports label and a Japanese clothing brand. 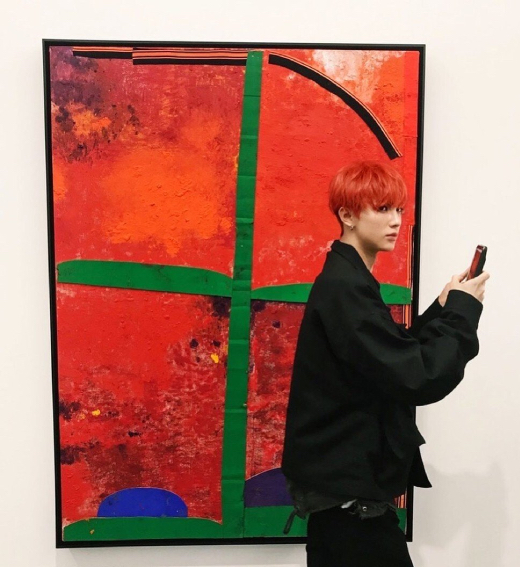 The idea of virtual influencers began in 2016 in the US, with the appearance of Miquela Sousa, or Lil Miquela. To date, Miquela has more than 2.4 million Instagram followers and brands herself as a “change-seeking robot”.

Miquela is vocal on social issues and has worked with major fashion brands such as Prada and Calvin Klein – just like a real influencer. In 2018, British lifestyle magazine Dazed even controversially hired her as a guest arts editor.

The Asian wave of CGI influencers isn’t just coming from Japan – virtual characters are emerging from Singapore and China, too.

As part of a student project, Reyme Husaini, a 27-year-old graduate of Singapore’s LaSalle College of the Arts, created a virtual influencer named Ava Gram in April this year.

Ava is a 22-year-old racially ambiguous influencer who speaks up about political and social issues in Singapore. Husaini intended for Ava to spark discourse on gay rights and racial inequality. 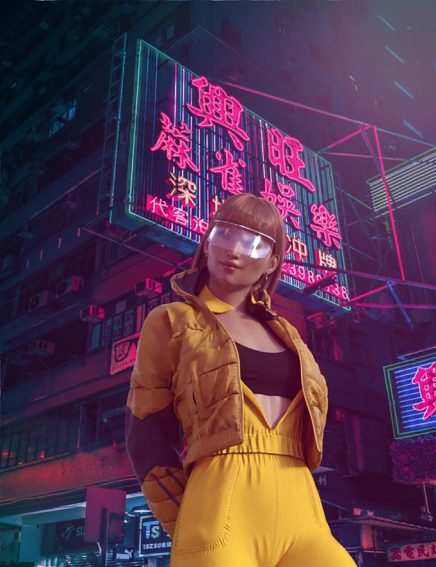 Commercially, he adds, marketers like using virtual influencers because they are easier to control than real people and they make photo edits and changes far easier.

Husaini has big plans for Ava. “I hope in the near future that Ava becomes more than just synthetic media, and becomes a household brand in Singapore,” he says.

“A brand that is known to spark important conversations in Singapore, and not just selling a product.”

Virtual influencers don’t just talk about the problems of race and the dangers of global warming. During the global coronavirus pandemic, they are also being used as a force for reasoned thinking.

If they wanted, the virtual characters could safely and easily ignore government-issued stay-at-home orders, and go anywhere in the world. Liam’s creator, Miyaji, however, says that would be wrong.

“We did get offers for Liam to participate, but doing that does not make things better for anyone,” he says.

“Staying home helps our health care workers, so continuing to post content outdoors would be disrespectful to real people staying at home and doing their part.” 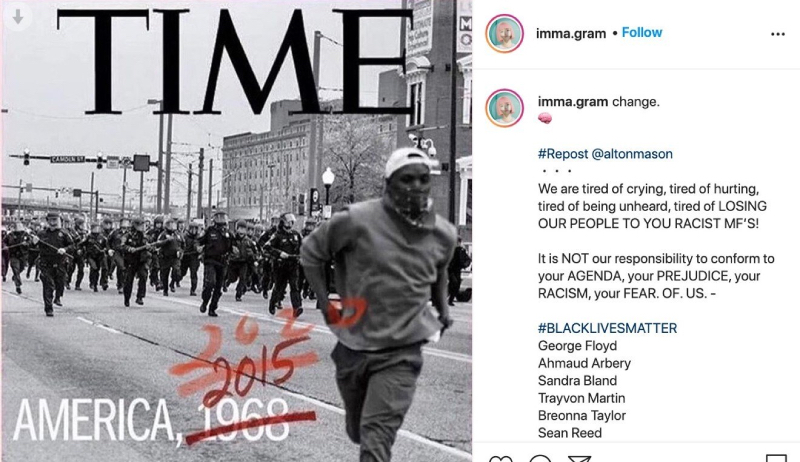 imma gram posted a list of black Americans killed at the hands of the authorities in the US. PHOTO: Instagram/imma.gram

The gap between being a real and a virtual influencer is becoming increasingly narrow.

Even though information about their CGI virtual status can be seen in their bios, many people comment, asking: “Are you real?”, unable to believe the influencer they are following doesn’t actually exist.

“Recently, imma was featured on a talk show on TV Asahi, and some fans realised for the first time that she is a virtual human,” says Producer M.

Though questions are being raised about the potential dishonesty of virtual influencers, their creators argue that many human influencers can be just as dishonest and insincere.

“There are so many influencers on Instagram, but are they genuine? Are they promoting products that they love?” asks Miyaji.

“These influencers are getting paid to post their thoughts on products, which is as ‘fake’ as the idea of virtual influencers.”

Miyaji adds that he doesn’t want virtual influencers to be seen as a social media problem, as he thinks they can be used as a force for good. There is room for everyone – human and virtual – in the influencer world, he says.

“We do not want to replace human influencers, but co-exist with them,” he says.