The three-legged tortoise with wheels who's travelled half the globe

It's a travel itinerary to bring tears of envy to the eyes of grounded Hongkongers: An exotic nature reserve in Madagascar followed by a boat trip across the Indian Ocean to the tropical Comoros Islands, then a journey from Addis Ababa to Hong Kong with a stopover in the Middle East, and finally a one-way flight from Hong Kong to the UK.

The lone female traveller involved has clocked up more than 20,000km over the past 30 months, qualifying for the kind of air-mile count that remains a feverish fantasy for millions perpetually confined to claustrophobic Hong Kong.

Her globetrotting is all the more impressive when you consider she is a three-legged ploughshare tortoise who — when not airborne — shuffles languidly around at 1km/h.

But for Shelley (as we'll call her for the purposes of this article), international travel was the stuff of nightmares rather than dreams. She was snatched from her territory in a remote corner of Madagascar, smuggled by boat and plane to Ethiopia, then wrapped in plastic tape and flown to Hong Kong crammed inside a suitcase with 56 other rare tortoises.

Another ploughshare tortoise (almost certainly a near relative) that made the journey with her perished after being discovered by Hong Kong customs officers in September 2019. Shelley, meanwhile, was kept under close guard at Kadoorie Farm and Botanical Garden, and fitted with roller wheels to compensate for her missing leg before flying off to a new life at Britain's Chester Zoo in December 2021.

The truth behind Shelley's odyssey is one of greed, brutal profiteering, vulgar wealth and shockingly bad taste. Only a few hundred of the animals, with their golden-hued, dome-shaped shells, remain — either in the wild or captivity — and they sell on the black market for up to US$50,000 (S$67,000) each. 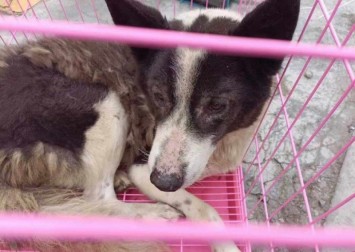 Shelley's story is depressingly common. "We got our first confiscation of ploughshare tortoises back in 2009 — it was a group of five and it blew me away," says Paul Crow, senior conservation officer at Kadoorie Farm. "I didn't think I'd ever get my hands on this species and experience caring for them. But since then, we've ended up with 43 coming through our rescue centre. It's just a little bit insane."

Those 43 animals account for almost half the 88 ploughshare tortoises currently known of outside their native Madagascar — and the reason they all turned up in Hong Kong was to feed an insatiable demand for rare breeds in mainland China.

"With almost any wildlife that is being traded on the planet at high prices, the main market seems to be China," Crow says. "As China has got richer, there's more spare cash around and people have got into different hobbies — and turtles and tortoises just happen to be one of them."

Tortoises might seem an incongruous accessory for the super-rich — only an expert can tell one species from another with any confidence, after all — but the appeal is their scarcity.

"If you can show somebody you have the rarest tortoise and you are proud because you spent US$50,000 buying it, that gives street cred to the rich guy," Crow says. "He can keep it in his garden, next to his Bentley and his Ferrari."

After staying at Kadoorie Farm to recover and wait out any court proceedings over their confiscation, the rescued tortoises have been transferred to overseas sanctuaries such as Chester Zoo, which are part of long-term conservation projects for the species. Sadly, a return to their lush homeland of Madagascar is out of the question because of the extent of the illicit trade there.

In Hong Kong, meanwhile, Crow and his colleagues are pushing for tougher sentences for traffickers following a catalogue of woefully inadequate punishments. One Philippine national given a HK$7,000 (S$1,210) fine for smuggling rare tortoises returned four months later with twice as many tortoises of the same species in his suitcase.

"The value of the animals in his suitcase was 10 or 20 times the amount he was fined, so he just popped back home and got some more," Crow says.

"We've had a campaign over the past couple of years to try to raise awareness with the government and the public to show we have a critical role here in Hong Kong, and if we can stop things coming through Hong Kong and give people huge fines and long prison sentences, we can at least try to curb Hong Kong's role [in the wildlife trade]." 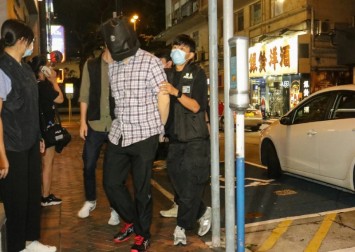 Judges and magistrates have been invited to Kadoorie Farm to find out more about the impact of the wildlife trade on threatened species and the cost of treating and rehabilitating smuggled animals. Prosecution briefs like those for drug smugglers have been prepared so courts can hand down deterrent sentences.

In Shelley's case at least, the message seems to have hit home. The 47-year-old man who smuggled her into Hong Kong along with 56 other tortoises was convicted of cruelty to animals and smuggling endangered species in 2020, and was jailed for a total of 32 months in Hong Kong's highest sentence of its kind for trafficking threatened animals.

Meanwhile, 'Shelley' — Kadoorie Farm does not name animals in temporary care, to stop staff getting too attached to them — faces further identity issues as she adjusts to life in the northwest of England: like whether she is a female or a male, for instance.

"This one isn't even a teenager yet and is still at the point where it's almost impossible to tell," Crow explains. "We can make a guess and we think it may be a female but we could be proven wrong. You look at things like the tail size and shape and length. Male tortoises keep their hemi-penis tucked within the tail."

Whatever surprises biology may spring on her, Shelley can at least look forward to a future in a conservation programme that might save her relatives and descendants rather than being a novelty in a misguided millionaire's display of wealth. And with a lifespan of potentially 80 to 100 years and a fully grown weight of 50kg to 60kg (110lb to 132lb), she can enjoy a limitless supply of leisure and lettuce, all entirely at her own pace.

"This one was a survivor," Crow says. "If it got through an injury in the wild where it lost a limb, it must have a tough immune system and will to live. Hopefully it will do well in Chester."

Shelley is now undergoing three months of quarantine after the last leg of her world tour, but has joined four other ploughshare tortoises at Chester Zoo, confiscated in Hong Kong in 2009, and a group of radiated tortoises also from Madagascar.