Trains not planes? The growth of rail travel in Southeast Asia

Vientiane to Phnom Penh via Bangkok; Ho Chi Minh City to Luang Prabang by way of Hanoi and Kunming; Hong Kong to Singapore via half of those stations plus Kuala Lumpur – train travel between some of Southeast Asia’s biggest cities is looking increasingly feasible.

Asia is investing heavily in rail infrastructure just as the growing “slow travel” movement in Europe – which sees passengers swapping flights for less carbon-emitting train travel, especially for journeys of just a few hours – is prompting countries there to do the same.

While many of Southeast Asia’s railways are legacies of colonial occupation, most survived in some form into independence and are being upgraded even as new lines are being laid.

“Since [the Asean Connectivity master plan was released] in the late 2000s, Southeast Asian countries have refocused on rail development as a way to boost growth, keep up with rapid urbanisation and enhance regional integration,” says Jessica Liao, assistant professor in the department of political science at North Carolina State University in the US.

Indonesia will eventually have a high-speed railway across its main island, Java (the completion date is currently 2023), complementing the existing network on the island. Malaysia is developing transport infrastructure along peninsular Malaysia’s long-ignored east coast, while upgrading the main north-south link for faster, electric trains.

Vietnam’s long-discussed rail upgrade plans are progressing – albeit glacially, rather like the development of a metro system in Ho Chi Minh City – and a long-mooted rail connection with Cambodia is still expected, the government in Phnom Penh having initiated a feasibility study.

The grandest project under way is the US$5.9 billion, 414km (257-mile) line connecting Boten, on the China-Laos border, with Laos’ capital, Vientiane.

Landlocked Laos has long suffered a lack of connections. An existing Thai line from Bangkok up to the two countries’ riverine border doesn’t yet straddle the Mekong and truly connect the two capitals. (Such a connection, however, is now just a matter of time, with an agreement on a high-speed, Chinese-financed line between Bangkok and Laos having been signed in October 2020.)

Tokyo is competing with Beijing to win rail infrastructure projects in Southeast Asia, Liao says. Japan was already building high speed railways on which trains could run at over 200km/h in the 1960s – on newer lines they reach 300km/h – and continues to be held up as the global gold standard. 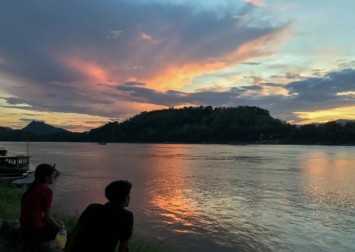 Japan actually built China’s first high-speed railways, during its colonial occupation in the 1930s. After 2000, however, Beijing dramatically grew its domestic rail network into the world’s largest, while its trains now reach speeds of up to 350km/h.

The need for both nations to find new markets for their rail industries is one of the reasons why ageing infrastructure in Southeast Asia is being rehabilitated, as well as new lines built.

“Rail competition can be seen in Thailand, which has awarded rail and subway contracts to both Chinese and Japanese contractors to balance their financial sources,” Liao says. “The same balancing act is being played out by the Indonesian and Vietnamese governments in their infrastructure projects. In Malaysia and Laos, Chinese rail contractors have gotten more projects. They compete head to head in the Philippines.”

What all of this means for citizens, businesses, governments and tourists across Asia is increasing access to faster and greener transport.

In a 2019 report titled The Future of Rail, the International Energy Authority noted that rail was an underused component of passenger and freight transport, and that the technology plays an important role in efforts to mitigate against global heating.

“The much lower carbon intensity of rail (per passenger- or tonne-km) compared with most other modes of transport means the rail sector already plays a key role in containing global [greenhouse gas] emissions,” the report said.

Post-Covid-19 travel planning for Asian journeys that once had to be completed by road or air can now include a growing number of rail options for those concerned with their carbon footprints, or just wishing for a new adventure, explains Mark Smith, who runs train travel website Seat61. 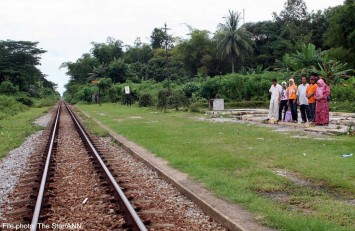 “People come to Southeast Asia to see it, not fly over it. The overland journeys are as much part of travel as the destination. Using real local transport – not flights or tour buses – you become a participant, not a spectator,” Smith says.

“A surprising number of people of all ages take the Trans-Siberian Railway from Europe to Asia. This new [Kunming-Vientiane] railway will make London-Singapore possible all the way by rail, and will no doubt kindle renewed interest in such journeys once travel opens up again.”

Convincing the less adventurous that slower travel by rail is worthy of their time will depend largely on what can be seen or discovered on these new train routes.

“It could be interesting to have the train journey experience [when travelling to Southeast Asia],” says Michelle Yu, an office worker in Shanghai who regularly travels around China. “But it would depend on if any sights on the way are interesting, and at the moment I have no idea of what I might see.”