The Potala Palace in the city of Lhasa in the Tibet Autonomous region of China. Since 1996, concerns have been expressed about the destruction of historic buildings around the palace, and irreversible changes to the area’s historic character.

"In the nearly 50 years since the creation of the Unesco World Heritage List, in 1972, it has grown to include some 1,154 cultural and natural properties in 167 countries. But the big news at the World Heritage Committee's recent 44th meeting was not the accession of 34 new sites to the list, but rather the deletion of one - only the third time this has occurred in the programme's history.

Many people, and especially those given to checklist tourism, are familiar with the World Heritage List, but far fewer are aware of the List of World Heritage in Danger.

During the July meeting, the relegation of Australia's Great Barrier Reef and the Italian city of Venice to the In Danger list was discussed and rejected, but the English port city of Liverpool, garlanded in 2004 but moved to the In Danger list in 2012 - the committee's equivalent of showing a yellow card - has now been sent off.

The World Heritage Convention is full of thrilling ideas rendered a little leaden by legalese and the compromises necessary to reach an internationally binding agreement, and central is the notion that there are sites both man-made and natural of such great significance that they should be regarded as part of the heritage of the human race as a whole, and their preservation a matter of collective responsibility.

The original intention was not to promote tourism, but to conserve heritage. In fact, the convention notes that important sites "are increasingly threatened with destruction, not only by traditional causes of decay, but also by changing social and economic conditions". There are few more formidable destructive forces than mass tourism.

Liverpool - Maritime Mercantile City (in the list's full description), battered trading hub of a vanished British Empire, might not seem to belong in the same category as Venice, the Taj Mahal, the pyramids at Giza, all of globally recognised glamour.

The city's historic centre and docklands were originally praised for "bearing witness to the development of one of the world's major trading centres in the 18th and 19th centuries", but the committee considers that new construction is "detrimental to the site's authenticity and integrity".

Read Also
Malaysia to restart tourism first in Langkawi, with a new focus on ecology, sustainability and its Unesco Geoforest park 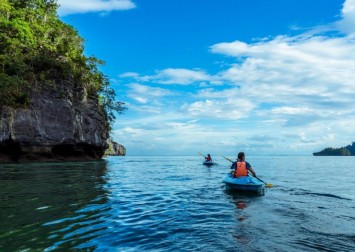 Contrary to popular expectation, the committee isn't a collection of great cultural panjandrums who weigh the world's sites one against another without fear or favour. Instead, individual countries among the 194 "states parties" (signatories) propose their own sites using their own priorities, which may be influenced by local politics and thoughts of tourism promotion rather than conservation. The committee's 21 elected representatives examine these against a list of six qualifying criteria for cultural sites, and four for natural ones. So this is not necessarily a list of the best of the best.

Once a site is listed there seems to be little that the World Heritage Committee can do to ensure good conservation practice. The main carrot it offers is aid, but its tiny budget of less than US$6 million (S$8.2 million) per annum spread between its own running costs and the care of 1,154 sites makes this vegetable little more than a bite-size snack, even considering a further roughly US$2.6 million of extra-budgetary donations, usually earmarked for specific sites.

And according to the committee's own recent financial reports, 61 per cent of states parties have not paid their compulsory assessed contributions for 2021 or before.

As Liverpool discovered, when the carrot fails the committee brings out a stick, moving a deteriorating site to the List of World Heritage in Danger, or removing it altogether. But according to Unesco insiders, political pressure is sometimes brought to bear to prevent the loss of face an In Danger listing or complete delisting would bring. And a sterile legal debate has been taking place for some years as to whether the World Heritage Committee may list a site as endangered without the agreement of the state party concerned. Some do not agree.

Regardless of any resolution, Britain has accepted the delisting, although Liverpool City Region mayor Steve Rotheram publicly regretted being forced to choose "between maintaining heritage status or regenerating left-behind communities".

But if you join a club you accept its rules. The glory of having your site declared to be of universal value requires some relinquishing of control over the manner in which it is maintained and run. Repairs and restoration, construction in any surrounding buffer zone and decisions on the permissible maximum number of visitors must all be cleared by the committee. This usually relies on the advice of the International Council on Monuments and Sites, an NGO that assesses written plans and carries out inspections, if a state party can be persuaded to invite it in.

So when it comes to enforcement, the committee is just a paper tiger, and some member states do just as they please. For examples there's no need to look further than China.

In a society given since at least the 12th century to making lists of approved scenic locations and which is still citing the 18 favourite spots of the 17th and 18th century Kangxi and Qianlong emperors, the World Heritage List has become the most coveted classification of all, superior to National Key Scenic Areas and even to National AAAAA Level Tourist Scenic Spots.

Listing almost guarantees a vast surge in domestic tourism thus also guaranteeing deterioration, but also that revenues will rise by several multiples. At the pretty Yunnan mountain town of Lijiang, listing helped visitor numbers leap from 3,000 to 5,000 a year in the mid-1990s to 30 million in 2019.

Since 1996, there have been concerns expressed about the destruction of historic buildings around Lhasa's Potala Palace, and irreversible changes to the area's historic character, among much other damage to the palace from the use of unskilled labour and inauthentic materials, all without the involvement or consent of the committee. Continuing destruction has been brought up at almost every meeting since with oddly no mention of the Heritage in Danger list, although in 2014 the language of the committee did become a little testy, speaking of "regret".

No other monument is quite as grand yet as heavily compromised as the Great Wall, pulled down to allow the passage of highways, its materials taken away for use elsewhere, and parts remodelled in ahistorical styles to please tourists. Even the Chinese press acknowledged in 2015 that of the Ming-era brick-clad sections north of Beijing, fully 30 per cent had disappeared. In 2019, the committee "regretted" the construction of a new Beijing-Zhangjiakou railway line and a new railway station at Badaling, all without consultation.

Just outside Beijing's Forbidden City an entire neighbourhood of ancient housing was demolished in the run-up to the 2008 Olympic Games and many roofs at the palace itself were replaced with monotonous and inauthentic yellow tile, all without authorisation or regard to good conservation practice. 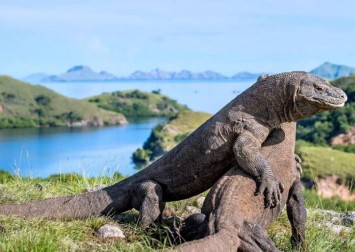 Perhaps His Excellency Mr Tian Xuejun, vice-minister of education and chairman of the National Commission of the People's Republic of China for Unesco, and chairman of the 44th session of World Heritage Committee, should turn his attention to what's right under his nose. In China, accession to the list almost guarantees that damage will take place, tourism quotas be exceeded, and conservation guidelines simply ignored.

Of course, whatever is happening in China does not excuse Liverpool's breach of those guidelines, but the World Heritage process is apparently so partial and so pusillanimous that the whole idea is compromised.

There's talk that Stonehenge, Britain's world-famous neolithic stone circle, may be next to be pushed off the list as a new highway is tunnelled under the site. But to think that a loss of listing would be in any way significant to a site that predates its World Heritage plaque by 5,000 years would be to mistake the wrapping paper for the present it wraps.

We may well need a process to ensure the protection of major cultural and natural sites worldwide, that they are not eroded by the tourist hordes and the cities in which they are located made impossible to live in. But the Unesco World Heritage process is clearly not it.

This article is published in South China Morning Post.