The Uniqlo story: From a single store to a global fashion empire, with ambitions to be world's No 1 brand

Everything about the photograph taken to mark the opening of the store screams out the 1980s.

Its name - Unique Clothing Warehouse - is in a square font beloved of science-fiction movies of the time; hairstyles take us to the same decade; customers peering through the windows are wearing baggy jeans with turned-up bottoms or pleated skirts; and everyone is wearing white shoes, trainers for the men and flat slip-ons for the women.

The photo was taken on June 2, 1984, in the Fukuromachi district of Hiroshima and captures the opening of the very first outlet of a chain of clothing stores that now spans the world.

Unique Clothing Warehouse has since been abbreviated to the more snappy Uniqlo, and that dated font has gone the same way.

It's likely there are many other things that even the founder of a company that can trace its lineage back a further three-and-a-half decades would barely recognise today.

But he surely would be delighted at its success.

The predecessor of Uniqlo was set up in the provincial city of Ube, in Japan's far southwestern prefecture of Yamaguchi, famous in the early decades of the last century for coal mining, chemicals, concrete and steel.

Ogori Shoji was a gentleman's clothing shop that added a splash of style to the local heavy industry when it was opened by the Yanai family in March 1949.

Other shops followed and the business thrived and expanded to the point that Hitoshi Yanai felt confident enough to establish Ogori Shoji Co. Ltd in the spring of 1963, with six million yen (S$76,641) in capital.

Growth was steady over the following 20 years, the clothier benefiting from Japan's decades of economic growth and the disposable income that it put in the public's pockets.

By 1984, and now under the stewardship of Tadashi Yanai, the founder's son, the company was ready to rise to the next challenge and the opening of that first Unique Clothing Warehouse store.

"The concept … was to 'Provide a store where customers can shop easily and purchase high-quality clothing at reasonable prices, just like buying a magazine in a bookstore', according to Mr Yanai's recollections in one of his books," says Beryl Pei-Chi Tung, a spokeswoman for the company.

"The inspiration for this 'self-service' style of shopping came from a student store at a university that he visited on a trip to the United States," she says. "But instead of only being self-service, he adjusted the service style to a system that 'meets the needs of the customer'."

One year after the original store opened, the company's first large outlet alongside a major road - designed to cater to customers arriving by car and buying in bulk - opened in Yamaguchi prefecture.

The company already had its eye on a larger share of the clothing market, both at home and abroad.

By chance, Unique Clothing Warehouse's ambitions for the Hong Kong market played a significant part in the development of the company as we know it today.

As work was under way in 1988 to register the company's contracted name in Hong Kong, the "C" was misread as "Q" and the Uniqlo brand was born.

Intrigued by the new name, Tadashi Yanai changed the store's name across Japan.

Three years later, Ogiri Shoji changed its name to Fast Retailing Co., Ltd and it was listed on the Hiroshima Stock Exchange in the summer of 1994.

By that point in its evolution, there were already 100 Uniqlo stores operating across Japan, and in 1996 the company opened an office in Tokyo's Shibuya district to improve in-house product planning and development.

The following year, Fast Retailing listed its shares on the second section of the Tokyo Stock Exchange.

It was at this time that Uniqlo made the decision to follow in the footsteps of other clothing retailers, such as The Gap of the US, by manufacturing its own brand items and selling them exclusively through its outlets.

Working with a US retail brand consultancy, Uniqlo devised a new logo and revamped the clothing that it made, the way it was presented in its stores and their layout.

Uniqlo had already begun to outsource the manufacturing of its clothing to factories in China, where labour costs were significantly lower than at home, which helped the company keep prices low.

With Japan still reeling from the bursting of the "bubble economy" at the start of the decade, high-quality clothing at a reasonable price proved a hit with consumers.

"In the beginning, the ratio of original products in Uniqlo stores was not high," Tung says.

"That was the case up until 1998, when Uniqlo opened its first store in Tokyo, in the Harajuku district, with all the products on sale carrying the Uniqlo brand. This helped us to establish a position of having high-quality products at reasonable prices, which is the fundamental value behind our products."

The opening of that store coincided with the launch of its "fleece campaign", delivering stylish and colourful winter clothes that were both functional and cheap. With items starting at a mere 1,900 yen (S$24.30), the public went on a buying frenzy. 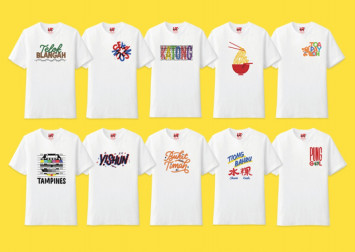 "Functionality, innovation and technology are the strong pillars that contribute to the popularity of Uniqlo products," Tung says.

"For example, the Heattech, Airism and Ultra Light Down ranges were manufactured with new functional materials that meet the various lifestyle needs of our customers.

"It is also important that we use premium, natural materials - such as cashmere, extra-fine merino, premium linen, supima cotton and so on - but still have reasonable prices."

With more than 500 domestic outlets in Japan in 2001, the online store enabling more people than ever to access its products, and profit hitting new highs, Uniqlo ramped up its plans to take the brand abroad.

The company's Shanghai office had already opened in 1999 to focus on management of production, and the first overseas Uniqlo store opened in London, in September 2001, followed a year later by the first China outlet, in Shanghai.

According to its website, the Fast Retailing Group's corporate philosophy is: "Changing clothes. Changing conventional wisdom. Changing the world."

The result is "LifeWear" that will "enrich the lives of people everywhere", regardless of race, age, ethnicity, religion, disability, gender or sexual orientation.

And that is why there is no typical Uniqlo customer, according to Tung.

"Uniqlo LifeWear is 'made for all', so everyone is a targeted customer," she says.

As the decade wore on, Uniqlo's logo became visible on more shopping streets around the world.

New York was the company's gateway into the North American market, along with a store in Hong Kong's Tsim Sha Tsui neighbourhood in 2005, and in Seoul as part of a joint venture with domestic business giant Lotte.

Fast Retailing has no production facilities of its own but works with partners around the world.

At present, most of those partners are in Asia, including China, Vietnam, Indonesia and India, with local offices in Shanghai, Ho Chi Minh City, Dhaka, Jakarta, Istanbul and Bangalore.

It also operates design studios in Japan and, since 2004, New York.

The company is also actively building on its existing relationships. In 2006, its alliance with materials company Toray Industries led to the creation of the Heattech range, while minimalist German fashion designer Jil Sander was brought on board in March 2009 to work on projects.

Similarly, high-end Taiwanese fashion house Shiatzy Chen also worked on a collection with Uniqlo, while American designer Alexander Wang collaborated with the brand for a line of Heattech basics that included leggings, underwear and body suits.

And while it might appear that everything the management touched has turned to gold, there have been a number of failures - such as the short-lived foray into the food business, under the Skip brand, which lasted a mere 15 months from 2002. 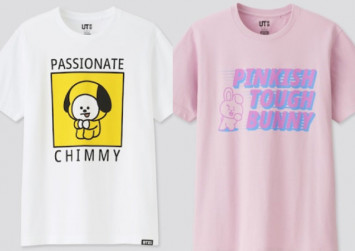 In an interview with The Daily Telegraph in March 2016, Yanai said: "I might look successful, but I have made many mistakes. People take their mistakes too seriously. You have to be positive and believe you will find success the next time."

The successes have clearly outnumbered the failures, however. In June 2019, Yanai was ranked as the 31st richest person in the world by Forbes, and the richest man in Japan, with an estimated net worth of US$29.4 billion (S$40.4 billion).

As of February this year, Uniqlo had 2,136 stores in 22 markets, of which 825 were in Japan, and the company is opening about three new outlets every week. And it still has big ambitions.

"Fast Retailing is aiming to create a new digital consumer retail industry, to become the world's No 1 brand and to grow and build a better world for the children of today," Tung says.

Those may be exacting and extraordinary aims but - given the company's successes to date, particularly in the last two decades - few would bet against the company achieving them.