Unlike the Myanmar coup, some takeovers in Chinese history were welcomed

People take part in a protest against the military coup and demand the release of elected leader Aung San Suu Kyi, in Yangon, Myanmar, February 6, 2021.

In the early hours of February 1, Myanmar’s de facto leader Aung San Suu Kyi and other senior figures from the country’s former ruling party, the National League for Democracy, were detained by the powerful military, which claims that last November’s election – won by the NLD – was fraudulent.

Following the coup, the military has taken over the running of the country, even as thousands of protesters took to the streets demanding the return of democratic civilian rule.

One of the most famous coups in Chinese history – and there were many – was the Chenqiao mutiny, which occurred near the end of the chaotic Five Dynasties and Ten Kingdoms Period (AD907-979).

With the decline of the once mighty Tang dynasty, which formally ended in 907, China was split into multiple political regimes ruled by warlords.

At the periphery were about a dozen states of varying sizes (the “ten kingdoms”), while the rump state in northern China was ruled in quick succession by five dynasties.

The last of these dynasties, the Later Zhou (AD951-960), was well on its way to reunifying the Chinese nation after the successive reigns of two capable emperors until its second emperor died of an illness at the young age of 37 and was succeeded by his six-year-old son.

A minor on the throne was inevitably an enticing prospect for ambitious men and women, and Zhao Kuangyin (AD927-976), the commander of the palace guards charged with the personal protection of the emperor, was one such ambitious man. 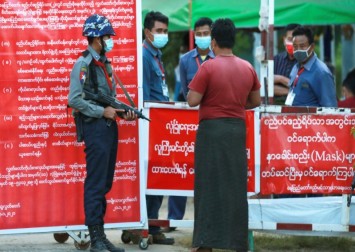 In the spring of AD960, six months into the new emperor’s reign, the court received reports of an impending attack by the joint forces of the kingdom of Northern Han and the nomadic Khitan people.

Without verifying the news, the empress dowager and senior ministers quickly deployed Zhao to lead an army from the capital Bianliang (present-day Kaifeng) to defend the northern frontier.

Zhao marched his troops out of Bianliang the following day and reached the Chenqiao postal station that evening. As the troops prepared to rest for the night, Zhao’s younger brother and several of his private secretariat staff provoked the soldiers into staging a mutiny.

A yellow imperial robe was draped on a reluctant Zhao and he was proclaimed the new emperor by the men under his command.

Zhao and his army returned to Bianliang the next day and persuaded the child emperor to abdicate and the court officials to recognise him as emperor. Thus, the Song dynasty was founded in what was deemed the most peaceful of Chinese coups.

There was minimal fighting and virtually no bloodshed, the Later Zhou emperor and his family were treated with the utmost courtesy after the abdication, and the people went on with their normal lives unperturbed by the regime change. 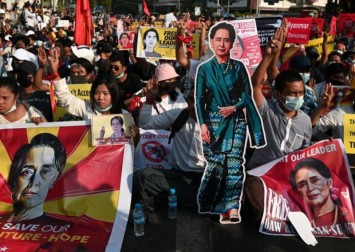 This was no mean feat considering the massacres and mayhem that accompanied many dynastic changes in China.

The official accounts of the Song period claim that the Chenqiao mutiny was spontaneously staged by Zhao’s men, who were enamoured by their leader’s charisma.

However, the absence of any “invasion” in the spring of 960, the inexplicable availability of an imperial robe in an itinerant military unit and other questionable details have convinced historians that the mutiny at Chenqiao, and the palace coup, had been prearranged, very likely by Zhao himself.

The founding of the Song dynasty marked the beginning of China’s reunification after 70 years of internecine strife. Despite its relative military weakness vis-à-vis its neighbours, China enjoyed a period of economic prosperity, technological innovation and cultural progress for the next 300 years.