Want to be happier and boost brain health? Then talk to people

Ninety-year-old Chan Siu-yung lives alone but is seldom lonely. Twice a month she spends time with Stella Mak Choi Yip-ying, a volunteer with the Agency for Volunteer Service (AVS) in Hong Kong.

They exchange personal news and have conversations about everything from the latest TV programmes to what’s happening in the neighbourhood. Chan and Mak also talk on the phone, their conversations often lasting an hour and a half or more.

Mak, who has been a volunteer with AVS since 2008, looks forward to visiting Chan, too. With loneliness and isolation a growing problem among Hong Kong’s elderly, she believes that what seniors like Chan miss the most is having people to talk to.

“I always make it a point to listen to what she has to say,” the 68-year-old volunteer says. “During our phone conversations I can rarely get a word in, and when I visit her, I usually stay past the scheduled time because she always has a lot to tell me.”

Chan’s daughter, who lives far away, visits her twice a month. “I’m always happy to see her; it’s great to have someone to talk to.”

New research has found that having social connections doesn’t just make us feel included and cared for, it’s the strongest protective factor for depression.

The study, done by researchers at Massachusetts General Hospital in the United States, revealed that people who confided in others frequently and received visits from family and friends had a lower risk of developing depression, even if their risk of depression was high due to genetic vulnerability or early-life trauma.

Read Also
How to be happy: The 10 universal principles 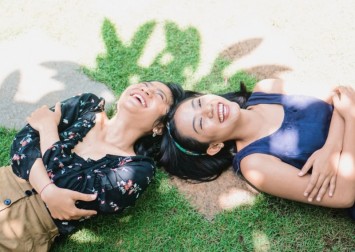 This research was published in August 2020 in The American Journal of Psychiatry.

Other studies seem to support the idea that social connections are important for our emotional and physical well-being.

A team at the Beckman Institute for Advanced Science and Technology in the United States, for example, found that communicating with female friends decreases stress-hormone levels for women of all ages. These findings were published in May in the Journal of Women & Aging .

Another study, by researchers at NYU Langone Health’s NYU Grossman School of Medicine in the United States, revealed that having someone to listen to you when you need to talk helps stave off cognitive decline, despite brain-ageing or disease-related changes in the brain, such as those present in Alzheimer’s disease .

The study appeared in August in the medical journal JAMA Network Open.

“Many people neglect the importance of staying connected with others, but loneliness and isolation have been shown to increase our risk of depression and even dementia,” says Hong Kong-based psychologist Dr Adrian Low Eng-ken.

The well-known Harvard Study of Adult Development, conducted over 80 years, discovered that good-quality social connections correlate with higher happiness and better health, and are an even stronger predictor than money and genetics.

“Being socially connected includes being understood and caring about others,” Low says. “The Harvard study found that caring behaviours stimulate the production of stress-reducing hormones in the carer and the receiver.

“Social connections also increase our perceived social support. This in turn increases our sense of belonging and purpose, as well as our level of happiness and our self-worth and confidence.”

AVS volunteer leader Teresa Chan says that many of the elderly people her volunteers visit end up becoming close friends.

“They feel like they can tell us anything. Our job is to listen to them and look out for them. Many do feel lonely because their children are too busy to speak to them or see them regularly, so they look forward to our volunteers’ visits,” she says.

Read Also
5 reasons why being happy makes you healthier 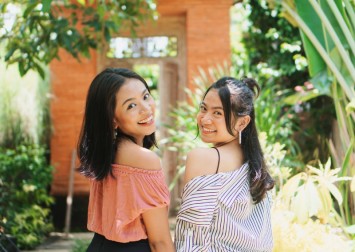 “Engaging with us and knowing that they have our support make them feel heard and seen. Since the pandemic we’ve only been able to communicate with them over the phone, although once the situation is safer we will resume our home visits.”

Not everyone who lives alone feels lonely, and people who feel lonely don’t necessarily live alone. According to Low, people tend to experience loneliness when they’re physically isolated, separated from loved ones or have lost a partner through death or divorce.

“Loneliness causes people to feel empty, isolated and unwanted. People who are lonely often crave human contact, but sometimes, their state of mind makes it difficult to form connections with other people. Unfortunately, the pandemic has only made things worse for them.”

You can make and maintain social connections by spending time with friends and loved ones, participating in group activities, getting involved with the community, or even performing kind deeds for strangers.

If face-to-face interaction and in-person socialising are out of the question for you right now, Low recommends going online. He says that virtual interaction has been shown to have similar physiological and psychological effects to those of in-person interaction.

Listening to our loved ones’ voices also lowers stress-hormone levels in our body and increases our levels of oxytocin, the hormone that makes us feel close to others.

“Give a friend or family member a voice or video call and enjoy a long conversation with them,” Low says. “Asking after them and sharing what’s been going on in your life will make both of you feel good. You can also do a virtual class. Besides picking up a new skill you’ll make new friends and build a sense of community with people who share your interests.”

If you don’t live alone, you can feel more connected to your household members by cooking and sharing meals with them, exercising or doing chores with them, or playing card or board games together.

Chan’s health issues mean that she cannot be as socially active as she’d like, which is why she treasures Mak’s phone calls and visits.

“I agree that the more socially connected we are, the better we feel,” Chan says. “Unfortunately my movements nowadays are restricted because I can’t walk as well as I used to.

“It can get pretty boring when I’m by myself – I don’t do much other than clean, garden, listen to the radio and watch TV – so I appreciate it when Stella calls or comes over. Our interactions always leave me feeling happy, cherished and cared for.”