'We lost not only our jobs, but also our dreams': Hong Kong flight attendants grounded by pandemic take off in new jobs

Ivy To Wing-ying remembers being on the Cathay Dragon flight last July to Xiamen, in mainland China, as rumours swirled that the airline was about to shut down.

She was a flight attendant on board and, sceptical about the pessimistic talk, did not join in when the other cabin crew posed for photos as keepsakes. 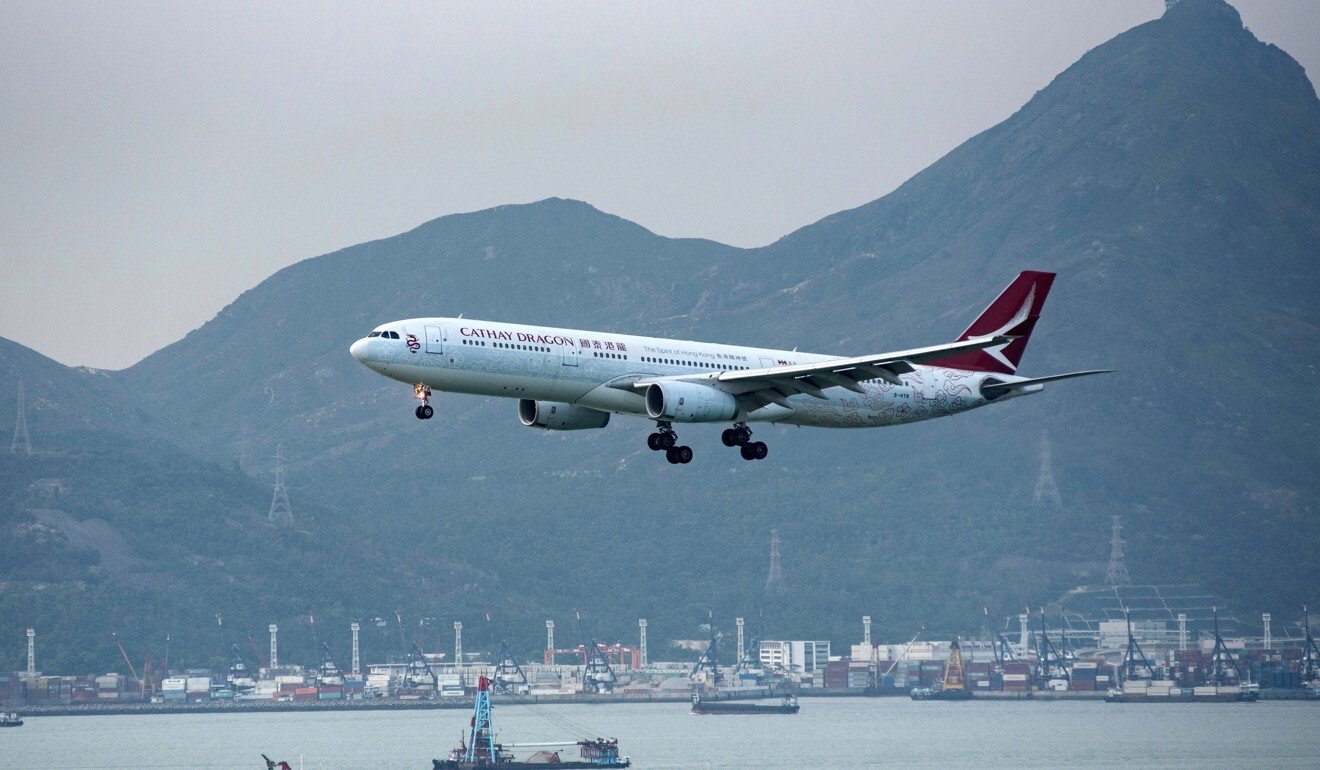 “We lost not only our jobs, but also our dreams,” says To, 30, who wanted to be a flight attendant from the time she was a child, and had been at the airline for seven years.

Overnight, she became one of thousands of cabin crew members who lost their jobs as the Covid-19 pandemic halted international travel, causing record losses at airlines everywhere, including Cathay.

Starting over in diverse new fields has been tough for many, but employers say the polish and professionalism from their airline experience have given former cabin crew a leg up in landing new jobs. 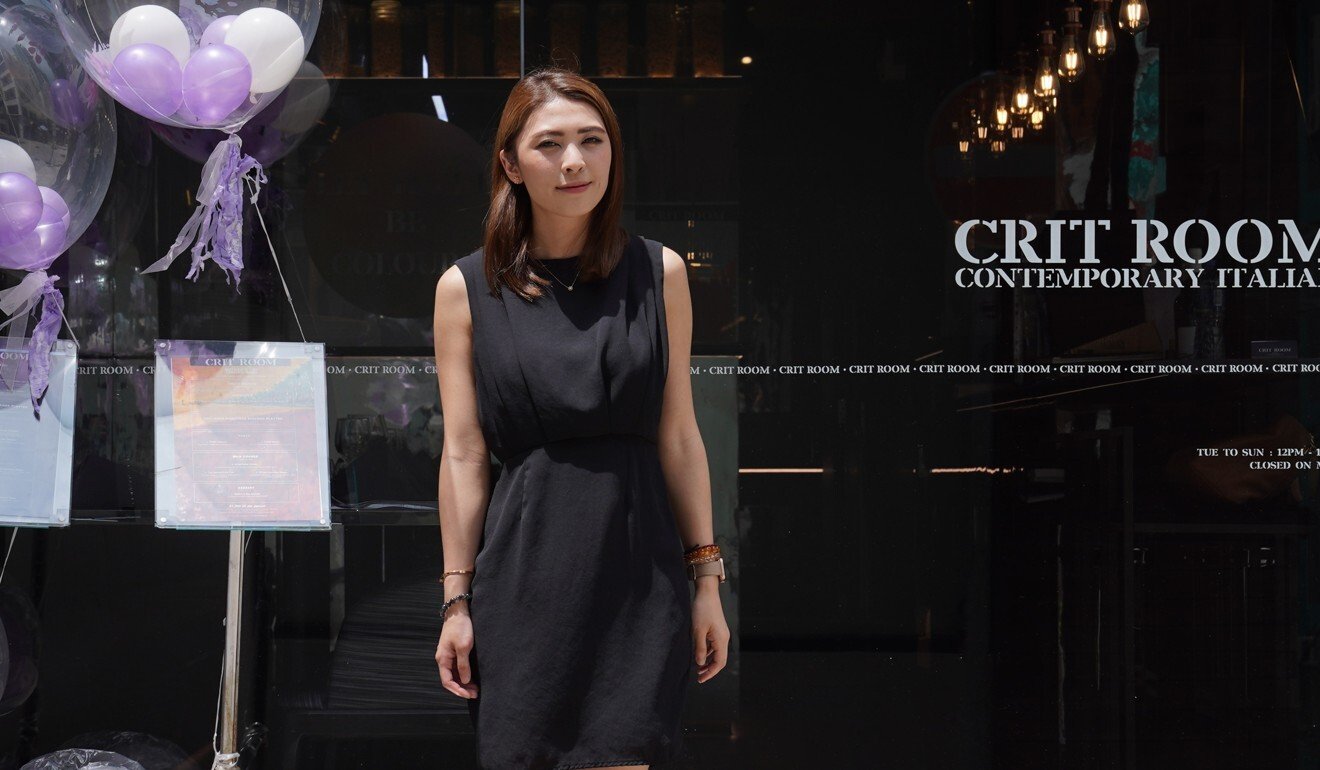 Amber Suen Tak-yin, vice-chairwoman of the Cathay Pacific Airways Flight Attendants Union, says the past six months have been difficult for those laid off.

“Some have stayed in the service industry, many have started jobs in the food and drink sector. Some have switched to administrative work,” says the 31-year-old, a flight attendant too. The union helped by providing information on courses and career talks.

Six weeks after being made redundant, To found work as a venue manager for Italian restaurant Crit Room, in Sheung Wan. Working from 11.30am to 10pm, five days a week, was a big change, but she is convinced her airline experience has helped.

“I don’t feel panicked if a customer is suddenly angry. We are trained to be calm no matter what happens,” she says.

“We do not have to worry about their standards,” he says. “The way they have been trained is absolutely perfect for the hospitality industry.”

Starting afresh is tough for some

After almost nine years at Cathay Dragon, Jasmine Lau was at a loss when she had to start looking for a new job last year.

The Hong Kong resident in her 30s says she sent out hundreds of resumes. At interviews, prospective employers often told her she was not the first former flight attendant shortlisted, and asked what made her exceptional.

“I had nearly nine years’ experience in customer service, but some employers disregarded that and treated me as a fresh graduate,” says Lau, adding that she became depressed and cried a lot.

She had worked in a bank for three years before becoming a flight attendant and was keen to go back to that sector. Two months into her job hunt, she was hired for a customer service role in an insurance company, earning slightly less than she did previously.

Her first day at work proved somewhat stressful, when she found herself with four other new hires all in their 20s. She recalls watching in amazement as her younger colleagues’ hands flew across their computer keyboards, while she typed much more slowly. 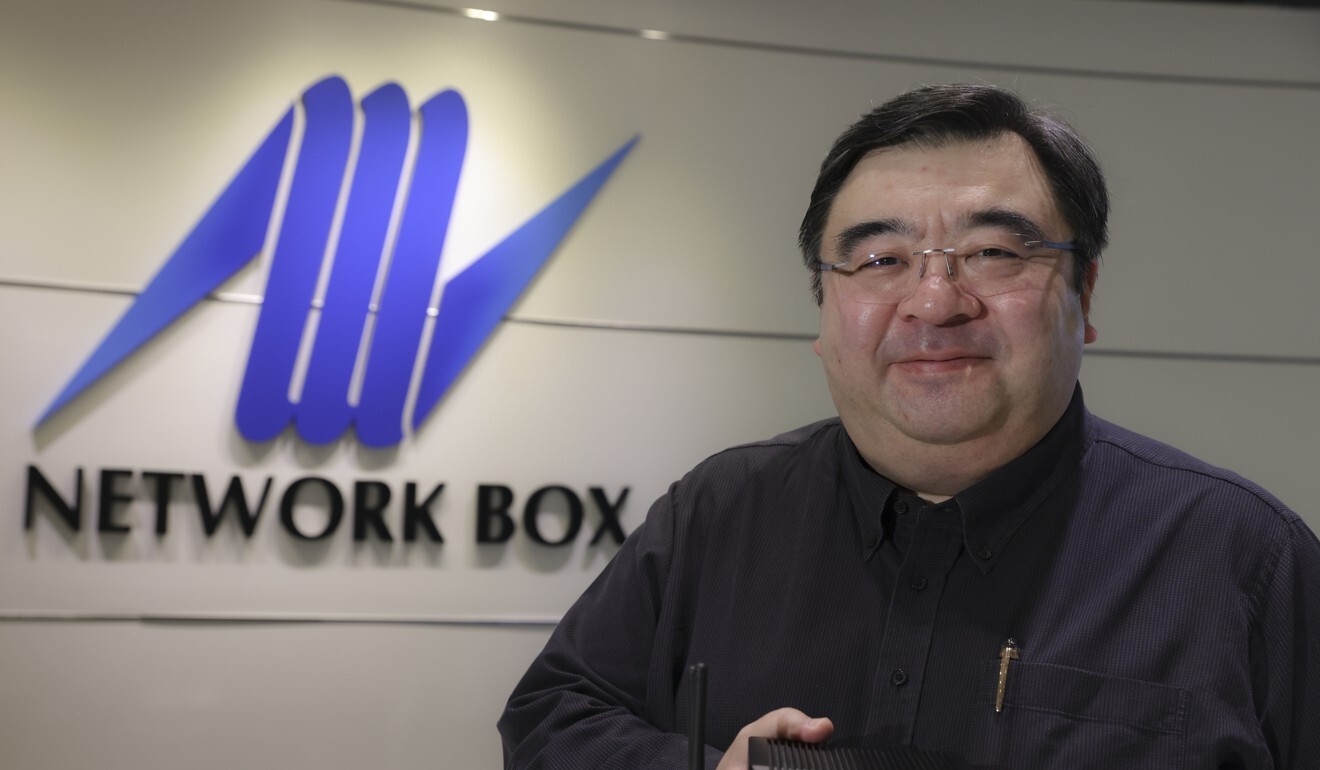 Four months on, she says she can type just as fast. “I’m really proud of it,” she adds with a laugh.

Several major insurers have hired flight attendants and ground crew to cash in on their hospitality training and experience in dealing with customers face-to-face.

As of December 2020, Prudential hired more than 60 former airline workers. AIA, the largest life insurer in the city, also hired more from the industry last year.

She says the soft skills they learned from flying, especially when dealing with demanding customers, are an asset.

Elaine Tsui Yuk-ling is confident that most former airline crew will land on their feet.

She spent only two years as a flight attendant for Cathay Pacific nearly two decades ago, but says the experience gave her a solid foundation for a 20-year career in public relations and marketing.

“The interpersonal skills I learned were priceless,” says the 45-year-old.

She is the co-founder of TeamStork, a start-up launched in January to provide “personal care assistants”, similar to traditional live-in Chinese confinement nannies who assist new mothers after childbirth.

He hopes to fill five roles, with former flight attendants being among his top choices.

When flights were grounded last year, flight attendant Grace Chiu Sze-nga used her free time to work on her hobby, decorating cakes using the Korean flower piping technique. It led to her starting her own business, LazyG Cakes.

Married with two children, Chiu, 41, developed her passion by watching YouTube videos in 2019, using soy bean paste from Korea to make intricate flowers and bouquets to arrange on cakes.

Unable to fly, she began practising three hours a day, often going to the Mong Kok flower market to buy fresh flowers to try and recreate, with roses being her favourite. 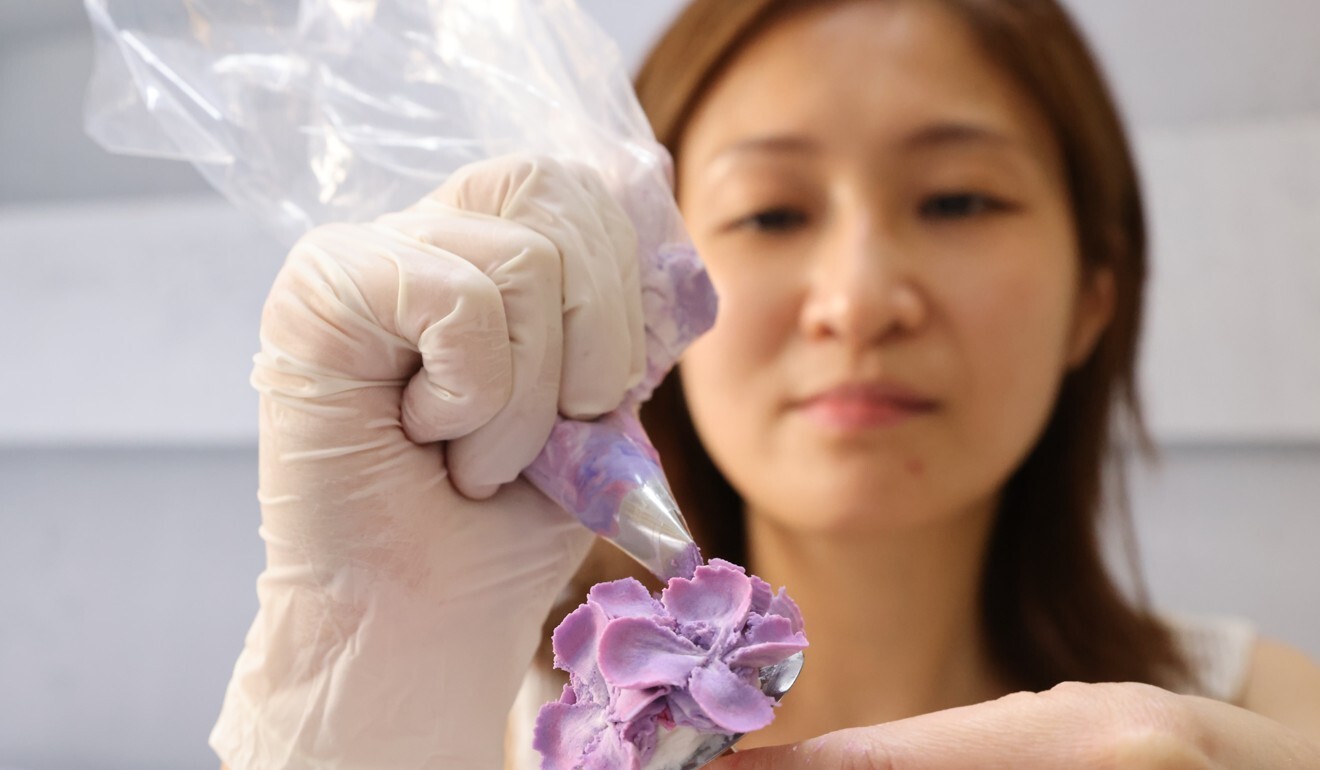 She started working for Cathay Dragon fresh out of Chinese University in 2001 and has no experience working anywhere else. Looking back, she says she never had the confidence to go into business until being laid off freed her to try.

She now feels fortunate to be doing something she loves and earning about the same as before. “It is a blessing,” she says. “God gave me another door to open.”

On days when she spends too much time at her workshop, she glances at a picture drawn by her six-year-old daughter, displayed on top of a refrigerator. It shows Chiu in a field of flowers, flanked by her daughter and 11-year-old son. 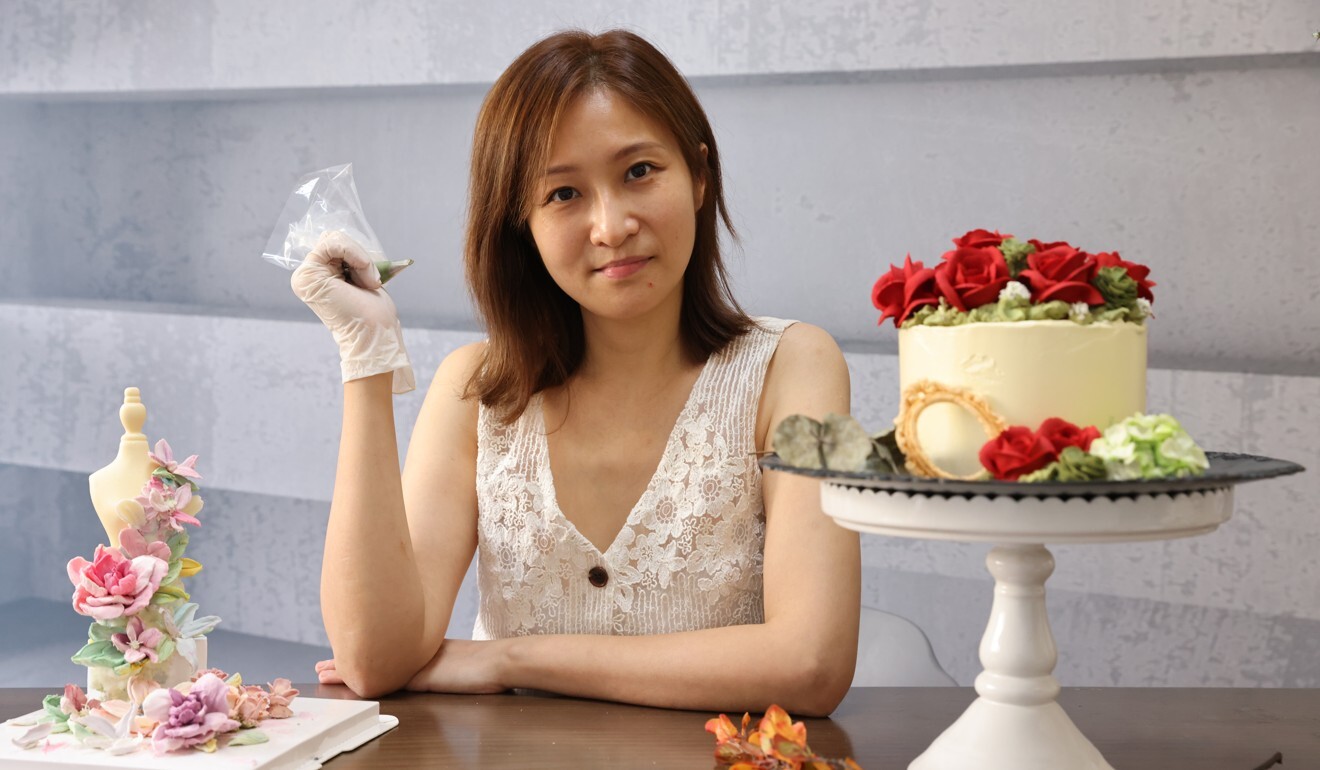 While Chiu and others have put their flying days behind them as they embark on new paths, Isaac Leung Ka-fung cannot wait to take off again.

The 38-year-old worked for seven years as a ground staff before achieving his goal of becoming a flight attendant, and rose to purser over seven years of flying.

In January, he found a job as a personal steward to a Taiwanese businessman, managing the daily operations for the family.

He earns a decent salary, but says he misses the camaraderie with his cabin crew mates and is biding his time until the aviation industry recovers.

“Once there are vacancies for cabin crew, I really want to go back to the airline industry. It is my dream,” he says.