What does your hairstyle say about you? And why we make radical changes

Writer Lise Floris, who changes her hairstyle more often than most, asks experts what our hair style reflects about our mental well-being.

Looking for new hairstyles is a favourite pastime of mine, and I turn to Pinterest for inspiration, to copy celebrities. Demi Moore in GI Jane inspired my most radical transformation, Úrsula Corberó from Money Heist my most commented on (a mullet) and Jada Pinkett Smith a few hairstyles that looked better on her than on me. But hair grows out, and I can always change it again.

I interpret my need for constant change as a reflection of my impatience and tendency to grow bored easily. But I asked Hong Kong-based registered clinical social worker Katie Leung Pui-yan for her professional opinion.

“A new image can represent a new way of looking at ourselves, and how we see ourselves on the outside often reflects how we feel on the inside,” says Leung, who provides psychotherapy to children, adults and families.

In her experience, people go for radical changes to their hair when they want changes in their lives or are going through a significant event, be it a break-up, the end of a work project, a death in the family or plans to travel somewhere new. So, a haircut often symbolises a “fresh start”.

However, in some cases a dramatic change can point to more serious mental health concerns that reflect distress or trauma its wearer is going through.

A startling example is that of US pop star Britney Spears . She posed nude while pregnant with her second child for the August 2006 cover of Harper’s Bazaar, gave birth in September, filed for divorce from in November, lost a close relative to cancer in January 2007, then spent less than a day at a drug rehab centre in February – before entering a hair salon and shaving her head with electric clippers herself. 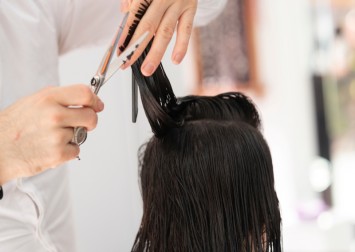 “‘Daring’ haircuts can also be part of an individual’s coming-out story, whether they want to grow their hair out or cut it short,” says Leung. “Or it can be a political statement or showing support, for example, for individuals with an illness” – such as when people having chemotherapy lose their hair.

The coronavirus pandemic has shaken the globe – and this is reflected in our manes. It has given rise to new trends such as the curly shag, which some beauty experts describe as a fun way to experiment with different lengths and fringes for a “lived-in” look.

According to my long-time hairstylist Christophe Lambenne, a New York City-based senior colourist at Brush NYC, the post-Covid-19 look of 2021 is the blunt bob – a classy, below-the-chin straight bob. “It was a fresh and cool way of getting away from long and messy lockdown hair,” he says.

As hair is one of our most prominent features, having a healthy, well-styled mane can make us feel empowered. But what about those who are suffering from hair loss caused by stress, trauma, hereditary baldness or other conditions?

In her work with cancer patients, Leung has addressed the stigma attached to hair loss.

“Beauty is very subjective but we do tend to stigmatise a person suffering from hair loss as being ‘ill’ – and that can be very challenging,” says Leung.

Some clients who are losing their hair welcome other people’s sympathy or pity, while others work towards embracing their new image, say by flaunting their closely cut styles with a smile, so as not to be seen as someone “unfortunate”.

“When we step over a certain age, we start to wonder how to remain youthful without sacrificing the gracious and respectable look,” reads the intro of one of the many articles I have seen on “hairstyles for mature women” or “hairstyles that suit the over 40s, 50s and 60s”.

Suggested hairstyles for “mature women” tend to be short or bobs – with very little imagination or “edge”. There are some refreshing exceptions, though, like the fabulous feathered pixie US actress Jane Fonda sports, now that she’s decided to live with her grey hair at the age of 83.

Shanghai resident Lin Mei Hua, 62, has always been uninterested in what a “mature woman” is supposed to do and look like. Passionate about pole dancing and modern dance, Lin rocks a blonde pixie mostly because it’s practical when she exercises but also because she likes her hair that way. 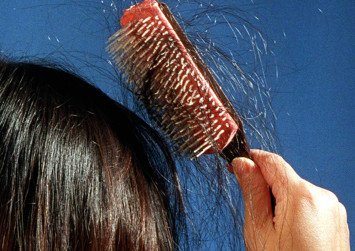 “I’m not too concerned about my appearance and as long as I like how I look, I don’t really care what society says,” she says.

For Beijing-based high-school teacher Tanya Nizam, embracing her grey hair felt like a natural way of “entering the next phase of her life”. At the age of 46, Nizam decided to stop dyeing her long, raven hair. Despite some students having asked her in the beginning if she was dressing up as a witch for Halloween, she has never looked back.

In a study published in April, in the Journal of Women and Aging, researchers concluded that older women are alert to age-stereotyping and discrimination, but still want to retain social status without resorting to camouflaging their age if that means feeling inauthentic. For many, that means they no longer dye their grey locks.

“I see more and more examples of chic grey-haired people, so I believe the image of grey hair is definitely shifting,” says Nizam. “Unfortunately, there is still a tendency for men to be taken seriously when they go grey whereas women are regarded as ‘past their prime’.”

According to Lambenne, grey is a big, current trend.

“People seem more willing to embrace their natural greys and they either stop dyeing their hair completely or go for grey highlights for a more gradual transition,” he says, adding his clients often seek advice on how to keep their grey hair shiny and healthy.

Although growing out grey hair is a long and transitional process, according to Leung, embracing grey hair is like embracing any new look, and can help people see themselves in a new light.

“Going grey is not only about empowerment, though,” Leung notes, stressing that it can also be a sign of lack of self-care rooted in mental health struggles. Under stress, some people just stop looking after themselves.

A good or bad hair day can massively affect how we feel. Whether we spend a little or a lot, go for the drastic chop, embrace the grey streaks – or keep the same hairdo we’ve had forever, our hair reveals more about us than we think.