Supposedly it was Hollywood hunk Cary Grant who started it all. Some time in the early 1950s the Anglo-American actor arranged a rendezvous with a woman in a suite at the Mayfair Hotel in St Louis, Missouri, in the United States.

Knowing she would arrive first, he asked the hotel to place a trail of chocolates that would lead his guest from the sitting room into the bedroom, and to the pillow, where she would find a note from him.

The contents of the note, the name of the woman, and whether the seduction was successful are unknown. But the manager of the hotel, hearing of this escapade, ordered chocolates to be placed on pillows at turndown time. Other hotels copied his initiative, still others copied those, and the rest is history – presumably one of increased business for dentists worldwide.

The modern owners of the dignified St Louis pile that is now the Magnolia Hotel continue the pillow chocolate tradition, and not only in the top-floor Cary Grant suite.

So far, so dreamily romantic – chocolate and seduction being widely connected in the popular imagination, and confectionery the Valentine’s Day gift of choice. But heartthrob Grant, some other part of his anatomy throbbing for the unknown woman, was still married to wife number three, actress and author Betsy Drake. By 1958 Grant and Drake had separated, and in 1962, they divorced.

Despite this story’s bitter aftertaste, bedtime confectionery remains common­place from grand hotel to guest house, though its origin is largely unknown to managements and guests.

So why do it? A calorie-laden snack of fats and sugars just before bedtime hardly seems a good idea. But even if the idea of a pillow chocolate is hard to swallow, it is more frequently praised by guests than any other aspect of their stay, hotel managers have found. The benefit is great for the small cost incurred.

Read Also
Where to get the best, most indulgent chocolate cakes in Singapore 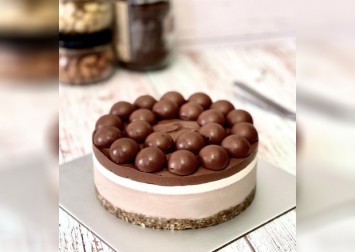 As Anthony Trollope wrote in his novel Orley Farm (published in parts in 1861/62), “It is because we put up with bad things that hotel-keepers continue to give them to us.” Not that we see the pillow chocolate as a bad thing. Nor should we, says Beatrice Golomb, professor of medicine at the University of California, San Diego.

“Actually chocolate has innumerable benefits to health,” she says. “I joke that it’s my favourite vegetable.”

She and her colleagues have produced a stream of papers, abstracts and presen­t­­ations on chocolate with counter-intuitive conclusions.

The primary fat in cocoa butter is stearic acid, which although saturated does not raise LDL cholesterol, and may also be beneficial. But it is the non-fat cocoa solid content that’s probably doing the most good.

And as for sugar, she says, that’s a Mary Poppins matter. As Julie Andrews’ character pointed out, it helps the medicine go down. The fat content in chocolate blunts the rise in blood sugar and has even been tied to a lower risk of cavities.

Golomb admits to her own liking for chocolate and to thinking like a hotelier.

“I’m one of the people who is influenced by chocolate on my pillow. I think it’s a sage business decision given that people are influenced by their vices disproportionate to the dollar value of that commodity,” she says.

But she has bad news for wannabe Cary Grants. While cause and effect has not been confirmed, she says, “Certainly it is the case that women who eat chocolate more often express less interest in sex.” She quotes American actress Alicia Silverstone: “My favourite thing in the world is a box of fine European chocolates, which is, for sure, better than sex.”

Many of the best hotels have moved on from chocolate, but for other reasons.

This hotel habit can now be found even at lowly guest houses wanting to give a sense of class on the cheap, if only in the form of a mass-produced, unbranded square of chocolate.

So to differentiate themselves, the serious operators have had to find something beyond casual confectionery; some exquisite treat specially produced in-house that suggests well-being, such as fresh fruit, or something not edible at all, but not possible to label as a vice, either.

The talk is now of “turndown amenities”, and for some it is part of a communications strategy at a moment when, as the guest clears the pillow of whatever has been left, the proprietors have his or her attention. The turndown gift carries messages that have nothing to do with either romance or lust.

Typically with larger luxury proper­ties the policy is decided at group level, but it is left to the individual hotel as to how this should be interpreted.

“For us it was about providing a sense of place,” says Niko Penttinen, director of rooms at the tower-top Mandarin Oriental Tokyo. Guests are mostly inter­national, and the reaffirmation that they are in Japan is provided by a gift of mochi, sweet gelatinous rice cakes .

“A chocolate may not necessarily be that exciting because they’re going to get chocolate anywhere in the world. But mochi is one way of introducing Japanese culture to them while they’re staying with us,” Penttinen says.

Guests’ comments have been as enthusiastic as for chocolate elsewhere.

“I don’t think they would think that we’re trying to bribe them with a piece of mochi to make sure that their stay is good. I think they’re looking at it the other way around – it’s part of their experience with us here in Japan,” he says.

Considerations when choosing an alternative to chocolate include cost, reliable supply, shelf life and space taken up on housekeepers’ trolleys. Hotels may now be using more imagination and arriving at very different conclusions, even from their neighbours, but the idea of giving a sense of locality seems to be increasingly popular.

Guests at Aman properties in Japan will find themselves in receipt of a locally chosen, locally crafted non-food item, designed to be culturally informative and to be taken home as a memento – a bookmark in the form of a hand-carved stencil or the instructions and wherewithal to make an origami dove.

In Provence, in the south of France, the five-star Hôtel Crillon le Brave is absorbed into the 12th-century hilltop village of the same name, not far from Avignon. It’s made up of original village houses, rustic but adapted for maximum comfort, some linked and some disconnected, all with views across vineyards to hazy hills.

Here the turndown amenity is taken so seriously that there’s an artistic director, Kimberley Cohen, whose job includes brain­storming ideas with chefs and others, and working out the details. But when it’s no longer all about libido, why wait until bedtime?

“You have an amenity or a small gift when you arrive in your room, and then you have another one a little later, and then you have something at turndown,” says managing director Guy Bertaud. But here, too, the aim is to establish a connection with the local area – something that stays in people’s minds.

ALSO READ: Chocolate could cure 'the most common disease you've never heard of'

Gifts may include a house-made madeleine, a rich mini-sponge cake that has its origins in Provence and can be combined with sweet or savoury flavours, including locally grown figs, melons, cherries, thyme or rosemary, as they come into season.

“And at turndown,” Cohen says, “we put something like a postcard on the pillow, with little quotes that are very inspiring for our guests, an up-quote that makes you feel good before going to bed.”

On departure, guests are given a “travelling cake”. By now they must be feeling overwhelmed by generosity, which may be the point.

Grant himself was probably not turned down. Setting aside the actor’s good looks, debonair manner, star status and personal wealth, and any supposed chemical assistance from chocolate, his success was perhaps due simply to the originality and generosity of his approach.

As Andrews sang, this time as Maria in The Sound of Music, give a girl a few of her favourite things and then she won’t feel so sad. It’s the giving and the imagination of the gift that make the pulse beat faster.

Which is something that better hotels clearly understand.