What people really steal from hotels and restaurants

Bar owners were not happy about the cost and inconvenience caused, according to media reports, but they are far from being alone in having their property pinched.

Ask any hotelier. There again, one person’s theft is another person’s marketing opportunity, as the late design guru and restaurateur Terence Conran proved.

Speaking in November, Sebastian Conran revealed that his father, who died in September, had had a plan when it came to his Quaglino’s restaurant in London.

“I designed the ashtrays and when he was briefing me he said, ‘These will get stolen and act as promotional items,’” Conran told the Break Out Culture podcast.

Sure enough, the metallic Q-shaped ashtrays became known as the most stolen item in London. “Over 10 years, we got through 20,000 of them,” Conran said.

In a further twist, the Terence Conran-founded Design Museum in London is currently appealing for diners who “accidentally” took ashtrays from any of the Conran restaurants to donate them to an upcoming exhibition. 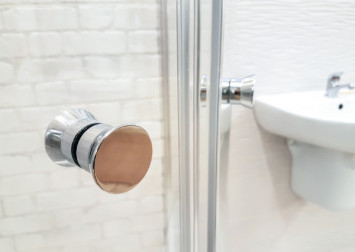 Richard Branson also saw an opportunity when he learned that mini aircraft-shaped salt and pepper shakers were being snaffled from his airliners by upper-class passengers. The entrepreneur had “pinched from Virgin Atlantic” engraved on the bottom of each shaker.

A survey published last year by online hotel guide Wellness Heaven found that the items most stolen from hotels in 2019 were towels, followed by bathrobes and then hangers. Even artwork and mattresses have been taken, though.

A general manager at a luxury Hong Kong hotel once told me that the fabric bags intended for guests’ laundry were being packed by guests to the extent that he had them replaced with plastic versions.

At The Beverly Hills Hotel in Los Angeles, the candy-pink, branded corkscrews tend to get taken from guest rooms, while at 45 Park Lane in London, it’s the rubber ducks in the hotel’s signature purple.

The Mandarin Oriental Hong Kong is forever losing its branded fabric shoe bags. “When guests wish to have their shoes cleaned and polished, we return them in our shoe bag, which most will take with them,” says Jenny Johnston, director of marketing communications.

Hoteliers agree that pens and note paper, toiletries (mini bottles only), and slippers (which are never reused) are fair swag for guests. Some also turn a blind eye to bathrobes, but do not be surprised if a charge for that ends up on your bill.

“Most hotels do not mind as this is free publicity for them, though others either charge their guests or recommend they purchase the merchandise from the gift shop.”

Many SLHW member hotels furnish their rooms with quirky items that they know their guests will not be able to resist.

At the Viceroy Bali, for instance, Are You Happy? signs are placed in the rooms to encourage guests to ask for whatever they need, but they’re often no longer to be found after checkout.

At the Milaidhoo Maldives, the management allows guests to take home branded sarongs and flip flops that have the resort’s logo stamped into the bottom of the soles.

The El Lodge Ski and Spa, in Grenada, Spain, has brass “make up my room/do not disturb” signs that are marked “Out Skiing” or “Counting Snowflakes”, which many guests take for their own homes.

At the Grand Forest Metsovo, in Greece, the water comes from a private natural spring and is provided in sustainable bottles that guests tend to purloin. And from the Fendi Private Suites, in Rome, Italy, guests take their key cardholder home with them, which is, of course, a Fendi.

Some of these items show up again – in pictures sent back to them by their light-fingered guests, say hoteliers.

The Hong Kong- and Australia-based Ovolo chain plays on the idea of pilfering with “loot bags”, which are filled with toiletries and snacks and left in guest rooms. But other hospitality venues actively seek their items back.

Britain-based Mexican street-food chain Wahaca regularly holds a January amnesty during which pilferers are tempted to return its cheery, brightly coloured, branded plastic spoons with the promise of free tacos.

“We thought it would be a fun way to reward anyone brave enough to bring a spoon back after they’d ‘borrowed’ one,” says spokesman Ricky Davison. “In the seven years since we started counting, we’ve lost around 35,000 of them.” 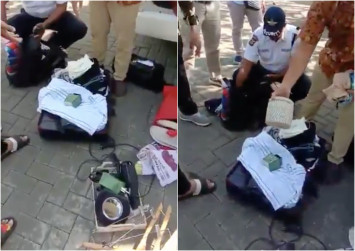 One “upside” of the Covid-19 pandemic is that many fewer spoons have gone missing this year, with Wahaca restaurants having been closed for most of 2020 by government order.

“So, as it stands, we do not have any plans to hold an amnesty in the coming January,” says Davison.

One bar in Belgium has come up with an amusing way of nipping the problem in the bud. To be served the house beer at the Dulle Griet in Ghent, customers have to hand over one of their shoes. The shoe is placed in a basket, which is then pulled up to the ceiling.

Owner Alex De Vriendt confirms that only when the distinctively shaped glass for the Max of the House beer is safely returned does the drinker get their footwear back.

When it comes to losing one’s property, it seems, at the Dulle Griet, the shoe is on the other foot.