What's it like to play Santa Claus for 22 years? Just ask this Malaysian man 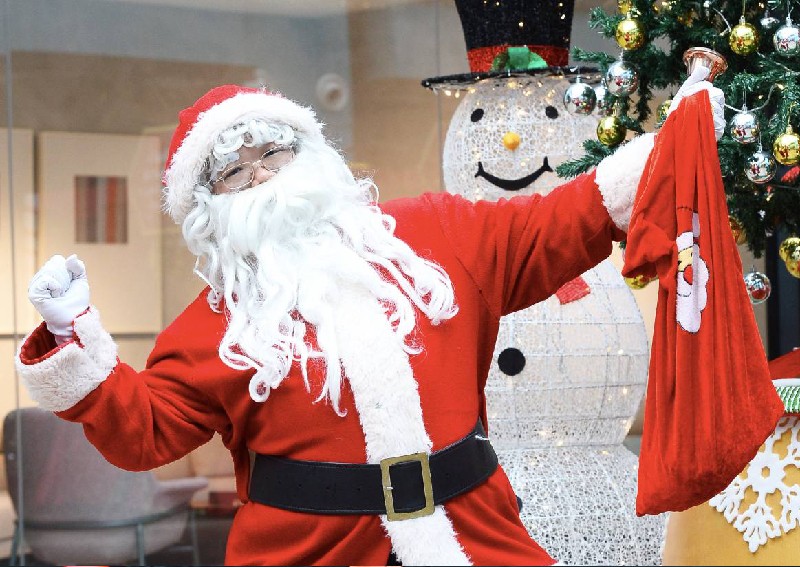 To get ready for work, David Yap needs to put on makeup, a long silver beard and a fake belly. That is on top of donning a red outfit, a pair of black boots and gold-rimmed glasses.

After that, Yap is all set for his role as a Santa Claus impersonator.

"Once I've put on the fake belly, which weighs around 500g, it's going to feel really hot, so I have to remember to keep myself hydrated throughout the day. That is why I like places with good air-conditioning, " says Yap, 39, during an interview at a mall in Kuala Lumpur recently.

Yap has been working as a Santa Claus impersonator since 1997. He said that he needed a job back then and found the opportunity through a company which provides children and family entertainment services based in Ampang.

"A friend said the company was looking for Santa Claus and told me to try out since I was a bigger-sized person back then, " he says with a laugh.

"I had to learn how to shout 'Ho ho ho' with a deeper voice, shake hands with people and engage with children, " he adds.

Naturally, December is a busy month for Yap, who makes appearances at various malls. He will do one-hour rounds greeting visitors, especially children, and sometimes giving away candy or gifts from the mall.

"It's not just the children who get excited when seeing Santa Claus. I've had adults coming up to me asking for gifts as they feel it's a blessing or sign of good luck."

Yap shares that he loves his job because he enjoys putting smiles on people's faces and reminding them about the joys of Christmas.

At times, he would meet some mischievous children.

"I've gotten questions like, 'Why is Santa wearing glasses? I thought he didn't wear glasses'. Then I'll say things like 'Of course because Santa is a thousand years old! He has bad eyesight!'"

There are also occasions when his job involves emotional experiences.

"Once, I met a child who asked me if I could cure a sibling who was unwell. Essentially, he wanted a miracle. I was taken aback by the request and all I could say was, 'I will pray for you and your family'.

"I was a little heartbroken at that time but I had to maintain my role as Santa Claus and continue to be cheerful."

At a recent engagement, Yap was asked to present gifts to young patients at the National Heart Institute (IJN) in Kuala Lumpur.

"It made me sad to think that there were children under seven years old suffering from health issues like heart failure. I had to mentally prepare myself and tell myself to be strong for the children and their parents. I had to do a good job and be joyful."

In the end, Yap says seeing children's faces light up after getting presents from Santa Claus was all that mattered to him.

"I don't burden myself with the thought that I have to work while everyone else is enjoying themselves during Christmas. I only get to do this once a year!" says Yap, who otherwise works as a clown for hire and event set-up crew member.