Who needs dating apps in Hong Kong when you've got CrossFit

Nina Wong and John Houston initially met because of CrossFit and said fitness is a pillar of their relationship.

Nina Wong said she had an inkling South African John Houston wanted to ask her out but was still working the courage up to do it when they first met in 2016.

The two had been training together at CrossFit 852 in Hong Kong, and Wong, who is originally from the US, said Houston, a pilot with Cathay Pacific, started showing interest in her pretty early on.

“He wanted to ask me for coffee, but I think he thought it would be too friendly,” Wong, who works for HSBC, said.

“I remember coming into the gym, but then he would always come around to chat with me, and I thought, ‘Everyone is so friendly here.’”

Houston said it was tough because Wong always seemed to be on the go, and his windows for chatting were small and fast.

“She was always rushing to and from the gym, she would come in to workout at lunch and then be gone so quickly,” he said.

Houston also started going to the lunchtime yoga class at the gym – even though he did not like yoga – because he knew Wong would be there. Finally, he could not wait any longer and bit the bullet.

The two were friends, but Houston wanted more and one night while they were out with friends drinking at a bar, he made his move.

“There was definitely some liquid courage involved,” said Houston with a laugh. “I basically just told her I had a crush on her, and I guess as they say, the rest is history.”

The worldwide dating scene has undergone two massive revolutions in the 21st century, one being the rise of online dating apps such as Tinder, Bumble and Coffee Meets Bagel.

Then the coronavirus completely changed that, and how people meet , severely restricting movements both locally and internationally.

Daters have found that matching online does not mean a match in person, and so, with the pandemic in play, traditional dating is making a comeback.

The Pew Research Centre found that more than a third of people who used dating apps had “either extremely or upsetting” interactions on a regular basis, and women in particular noted high levels of harassment and receiving unwanted sexually explicit messages or photos.

The Pew Research Centre also did a study that found one of the pillars of a healthy romantic relationships was common interests and hobbies.

Kevin Lam, and Patricia Yu, who also met through CrossFit 852, and are now married, said this was exactly what drew them together initially, and has kept them together.

“Even now that we are married, fitness in general has been big for us, and CrossFit,” Lam said. “It was a big reason why we got together, similar interests, and I think we really enjoy the aspect of improving ourselves.”

Lam even made the sacrifice of going to morning workouts at the beginning of their romance so he could spend more time with Yu.

“Yeah I stated doing morning workouts, and that was not my jam – but she was,” he said.

Yu said a lot of their relationship is based on positivity and teamwork, some common pillars of the athletic and fitness world.

“I like the way I feel around him, and I feel like he makes me a better person in a lot of ways,” she said. “He helps push me, and me push myself.”

Astrid Merkt, a performance psychologist who is based in Hong Kong and works with couples along with athletes, as part of her practice, said CrossFit also brings with it a community and sense of accountability that can help a couple set a proper foundation in today’s fast paced world of dating.

“With time being so valuable nowadays, it only highlights the importance of spending it wisely,” Merkt said. “So, when fitness can be done with your romantic partner, you find healthy ways to spend time together and strengthen the bond. 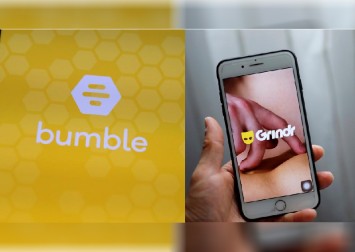 “You also understand each other prioritising time for fitness and how important it is to schedule it in. Motivating each other when needed, and choosing weekends and time off to pursue similar goals in sport.”

Houston said communication lay at the heart of their relationship, but the fact they enjoy doing the same type of things makes it more natural.

“I think we both just have always enjoyed fitness so that’s been our common interest, we go out and do exercise with friends, or together, just being active together.”

Wong said there’s also a competitive spirit built into their relationship that ultimately makes its way into their workouts. “He always tells me to go heavier, and to push myself.”