Why 30 is not the new 20, and why you cannot put off big decisions without harming your career: Psychologist

Newly minted college graduates in the United States are living with unprecedented uncertainty and anxiety.

While a rare minority cruise into their dream job, or postgraduate degree, there are 50 million twenty-somethings who have no idea what they will be doing, where they will be living, or who they will be with in two years or 10 years.

Many simply tread water; working as baristas or waiters, dating all the wrong people and buying into every distraction. All they have to do, they think, is wait it out. Their twenties are for having fun, anyway. Real life starts later.

But clinical psychologist Dr Meg Jay says real life starts in your twenties. She argues that 80 per cent of life’s most defining moments have taken place by the age of 35, making the twenties a “developmental sweet spot” – and many millennials are blowing it.

“I’ve had hundreds of clients who’ve been misled about how important this decade is,” says Jay, who specialises in adult development and wrote The Defining Decade: Why Your Twenties Matter and How to Make the Most of Them Now. “You are deciding your life right now and claiming your twenties is one of the simplest, yet most transformative things you can do – for work, love and happiness.”

“Sure, the twenties are for experimenting, but not just with philosophies and vacations and substances,” she adds. “The twenties are your best chance to experiment with jobs and relationships. Then each move can be more intentional and informed than the last.”

In her 2013 TED Talk “Why 30 is not the new 20”, Jay explains that in childhood development, it’s understood the first five years are critical for language and for developing the ability to learn, communicate and solve problems. But we hear less about adult development and most people do not understand that the twenties is a critical period.

“In the brain’s final growth spurt, learning will never again come so easily,” she says. “The way you navigate professional landscapes and manage relationships in your twenties becomes wired into your brain. If you want to change something about yourself, now’s the time to do it.”

Researchers call the twenties an “extended adolescence”, in which many people move back home after college, do not feel the push to make tough choices, and view their “free decade” as a time to have fun and explore themselves.

Yet two-thirds of lifetime wage growth happens during the first 10 years of a career, with the biggest gains coming from job-hopping or earning advanced degrees before marriage, family and mortgages take hold.

Jay adds that more than half of all adult Americans are married, dating or living with their future partner by age 30. The upside of marrying later is that we have the potential in our twenties to learn how to have better relationships, which could mean dating people we do not take seriously or living with someone we should never have moved in with.

“Alternatively, committed relationships in our twenties make us more secure and responsible, and less depressed and anxious, whether these relationships last or not.”

According to Jay, those who push back career or marriage are also pushing against something with little give: their fertility. Young people have been told they have years ahead to start a family. In reality, fertility drops significantly by age 35 and dramatically by 40.

Jay’s advice to twenty-somethings is to be as intentional about love as they are about work. This helps them become more competent and confident while being less depressed and anxious.

“Don’t ‘date down’ and do not ‘work down’,” she says. “Look for jobs and relationships that add value to who you are and that make you happy. Don’t stay in jobs or relationships because it seems easier than starting over.”

When everything is left until the thirties, the pressure is enormous to make money, get married, buy a house, go to graduate school, start a business, save for college and retirement, and have children in a much shorter period of time. Many of these things are incompatible and hard to do all at the same time.

So what can twenty-somethings do to make the most of their “defining decade”? Jay says they should invest in “identity capital”: Graduate school, finding mentors, moving cross-country for important jobs – elements that add value to career, friendship and family.

“There is no need to know what you’ll do forever,” she says. “Just move through the decade, one good piece of identity capital at a time.”

Next, Jay says that while half of twenty-somethings are un- or underemployed, half are not, so get yourself into “that” group by using the strength of “weak ties”. 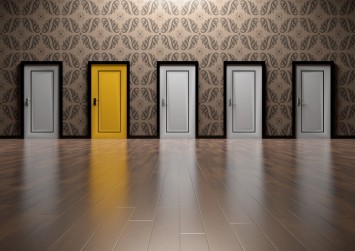 For those twenty-somethings who have jobs but are underemployed, Jay says not all underemployment is the same.

“Be sure you have a job that is allowing you to earn some form of identity capital. Whatever you’re doing should make the next thing you’d like to try seem more possible.”

Many twenty-somethings are afraid that if they choose a career or a job, they are closing off other options and somehow losing their freedom. Jay argues that, in fact, getting a good job is not the end but the start.

Thirdly, Jay says, pick your family well, because choosing a partner or spouse is the single most important decision most people will ever make. “Be choosy,” she says. “Think about what you want from someone rather than looking for someone who wants you.”

Making the right choices is crucial for twenty-somethings, but important throughout life. “The Defining Decade is about adult development so it applies to all ages,” Jay says. “I targeted twenty-somethings because I wanted people to have the information sooner rather than later. Beware of the reaction of, ‘It’s too late for me’. That’s a convenient reason not to take charge of your life at any age.”

Jay says the happiest, most successful people balance living in the present with planning for the future. “I have worked with clients – some from Asia – who spent all of their waking hours (and many when they should have been sleeping) working toward the future,” she adds. “They were exhausted and miserable.

“Of course, I’ve worked with clients who were enjoying their twenties a bit too much and were doing nothing to be kind to their future selves. The skill is: how can I be kind both to my present and future selves?”

She believes twenty-somethings are like planes leaving LAX. She says a slight change in course just after take-off, through some wise advice or guidance, could mean the difference between landing in Alaska or Fiji.

Her advice for coping with emotions like anxiety that arise from uncertainty is to learn new coping strategies. The twenties are the years to gain control over your emotions.

“Use your rational mind to counter the anxious and catastrophic thoughts you have: ‘I probably won’t be fired because I dropped one phone call.’ Try to create your own certainty by making healthy choices and commitments that offset the upheaval in the world,” Jay adds.