Why Bollywood stars are posting breastfeeding pictures on Instagram

Indian model and actress Lisa Haydon has uploaded pictures of herself breastfeeding, calling it a ‘beautiful way to bond and connect with your child’.

Neha Dhupia is just one of a host of Bollywood actresses who have been causing a stir recently by posting revealing photographs on the internet.

They’ve been mocked and trolled and told to cover up, but they’re willing to turn a deaf ear to the criticism because there’s a higher reason for what they’re doing.

Dhupia, along with fellow actors and models including Kareena Kapoor, Soha Ali Khan and Gul Panag, belongs to a new breed of celebrity Indian mother that is aiming to change the way their country thinks about breastfeeding. That’s because in the world’s second-most populous country, where a record 49 babies are born every minute, breastfeeding in public still has a stigma attached to it.

As part of her Freedom to Feed campaign, Dhupia – who gave birth to her second baby, a boy, in October – has been posting pictures on Instagram of herself breastfeeding her newborn while sporting a maternity outfit.

The campaign is aimed at making new mothers feel more at ease about feeding their babies in public, in a land where doing so often invites judgment.

In one post, the 41-year-old talks of her experience of being criticised for breastfeeding even though “… the last thing new mothers need is to be questioned, mocked and worst of all trolled. What we need is more freedom to feed. We should be able to feed our baby anywhere, at any given point of time.” 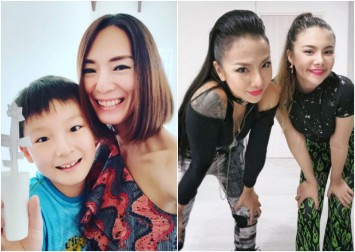 Other famous names who have taken up the cause include actress Amrita Rao’s husband, radio jockey Anmol, who shared a picture of his wife breastfeeding their son recently. Model and actress Lisa Haydon, too, has uploaded pictures of herself breastfeeding, calling it “a beautiful way to bond and connect with your child”.

In some societies, such images might barely raise an eyebrow. Yet in India a woman nursing her child in the open will often find herself on the receiving end of nasty comments from passers-by or worse, sexual remarks from men.

The absence of public nursing rooms in a country where women make up 48 per cent of the 1.4 billion population only amplifies their challenges.

“My infant son needed to be fed. I began to nurse him in the park and received several glares from older women. Exclamations of ‘Are you crazy?!’ and ‘Cover up quick!’ greeted me,” said Kanpur-based model Shanti Singh, who gave birth to twins three months ago.

“I think I’ve seen more ‘cleavage’ displayed on fashion ramps and in Bollywood movies than from a mother feeding her child.”

Helped along by the actions of Dhupia and co., many in the highly conservative country are beginning to question why such a natural practice should invite social opprobrium or shame.

“While many women are forced to cover up with a sari or dupatta [scarf] during breastfeeding, some mothers do not as they’re afraid of inconveniencing or suffocating their babies. How would it feel to eat your meals under a blanket?” Singh asked.

“India is a country where a man peeing in public is seen as normal and acceptable. But, the moment a woman breastfeeds her hungry baby in public, all hell breaks loose! Women deserve the right to be in control of what they do with their bodies and we need to respect their choices,” Kumari said.

The activist added that the oversexualisation of female breasts coupled with the push by the powerful formula milk lobby to increase sales meant women’s bodies were “beginning to seem less and less functional and more and more like objects of desire”.

Read Also
Bollywood actress Rani Mukerji on motherhood: 'I now understand what love and sacrifice is' 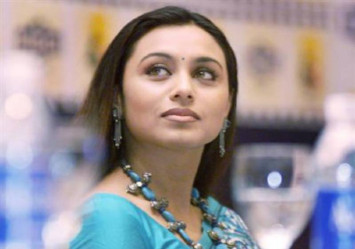 This is despite the fact that the World Health Organisation considers breastfeeding one of the most effective ways to ensure child health and survival. Breastfed children perform better on intelligence tests, are less likely to be overweight or obese and less prone to diabetes later in life, according to the WHO. Also, women who breastfeed have a reduced risk of breast and ovarian cancers while the initiation of breastfeeding within one hour has been found to reduce neonatal mortality by 22.3 per cent.

“Early skin-to-skin contact with a mother is instrumental in establishing a mother-child bond while reducing the infant’s crying. It also prevents hypothermia in neonates as they receive warmth from their mother’s proximity. It also reduces the mother’s risk of post-partum haemorrhage which is one of the leading causes of maternal mortality,” said neonatologist Dr Shikha Malhotra of Fortis Hospital, New Delhi.

Despite the importance of breastfeeding, health activists found that around 70 per cent of Indian mothers find breastfeeding a challenge. Only about 44 per cent of babies – or 12 million out of 26 million – begin breastfeeding within one hour of their birth, according to national data sources collected by the Ministry of Women and Child Development between 2013 and 2014. Most infants are fed formula, either powdered or liquid, or animal milk.

The National Family Health Survey 2019-20, conducted for 22 states and Union Territories, also revealed a significant decline in the number of children under three years of age who were breastfed within one hour of birth.

In certain demographics, such as urban and educated mothers, the duration of breastfeeding was also getting shorter, Malhotra said. This was due to early challenges such as sore and cracked nipples, latching issues, exhaustion from waking up in the middle of the night and long feeding sessions which caused many mothers to give-up breastfeeding their babies, she said.

However, with greater awareness and education, many millennial mothers have embraced breastfeeding. New Delhi-based PR manager Harpreet Kaur Bakshi, 33, was so determined to feed her son that even though she was working full time, “I made sure I was pumping and leaving bottles at home for him. Every opportunity I got I was feeding him and I didn’t care what others thought or if they were judging me.”

Bakshi said women were realising the health benefits of breastmilk over formula and this was why there was “such an animated debate over why women shouldn’t be judged if they choose to feed their child publicly”.

The government has also stepped in with several initiatives. The National Breastfeeding Promotion Programme aims to teach young mothers about the benefits of breastfeeding while also training hospital midwives and nurses to guide and encourage them. Fittingly, its brand ambassador is Madhuri Dixit, the Bollywood actress.

READ ALSO: How Bollywood is facing up to India's ugly prejudices