Why cleansing is the foundation of good facial skincare: Experts give their tips on the best products and routines to use

Here are some times I’ve stopped and wondered whether I’ve been washing my face properly: when I read that Gwyneth Paltrow, patron saint of glowing skin, only splashes her face with water in the mornings and when I watched a viral Instagram Reel of a dermatologist using a face wipe to remove foundation off a satsuma mandarin.

In the clip, Dr Tijion Esho shows how much residual make-up is left after using a wipe. And while, as Esho notes, our faces aren’t pieces of citrus fruit, it’s a good reminder of the importance of cleansing your face properly.

Wipes are generally best kept for travel, very late nights or those particularly lazy moments when doing something is probably better than nothing.

“[W]hat many watching don’t realise is that the surface of the skin actually has several grooves and pits that we can’t see with the naked eye – it also has many oils and lipids that can act like the waxy surface of the orange – the video represents what can happen at a microscopic level and should be food for thought,” the doctor wrote in the video caption.

“Repeated wipes would cause further microtears microscopically leaving make-up in existing and newly formed microscopic ‘grooves’ but with the naked eye would appear clean.”

Celebrity skin whisperer Melanie Grant, who has salons in Australia and the United States and who has tended to the (luminous) skin of model Lara Worthington, actress Phoebe Tonkin and more, is similarly wary of wipes.

“I don’t recommend cleansing wipes for a few reasons. They tend not to be moist enough and as a result, you end up rubbing, tugging and pulling at the skin around the delicate eye area,” says Grant.

Instead, Grant recommends using micellar water (her favourite is from Bioderma) with reusable cotton pads. “Just be sure to really soak the pads and repeat the cleanse twice.”

Grant says cleansing is one of the most important steps in a skincare routine, and one that can be easily overlooked in place of rather more exciting things like serums and actives.

“A lot of people tend to underestimate the value of cleansing, though the cleansing step is the foundation of any good skincare routine,” says Grant.

“The long-term effects of not cleansing your skin can include premature ageing due to the breakdown in collagen caused by the environmental pollutants left on the skin. This can also result in coarse skin texture, large pores, fine lines, dullness and general skin laxity.” 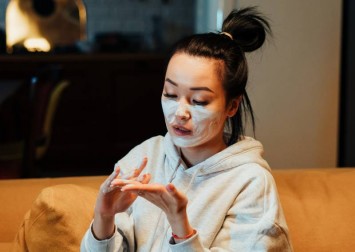 Grant recommends using a micellar water in the morning and doing a double cleanse in the evening. For the first cleanse she recommends trying an oil or balm cleanser to melt away make-up, sunscreen and the accumulated grime of a day.

For that all-important second cleanse Grant says dry or more mature complexions are best suited to an oil, balm or milk cleanser, while those prone to blemishes should look to an AHA/BHA gel cleanser to promote cell turnover.

Start the process with a balm or oil cleanser applied to dry skin with a little water to emulsify and then, Grant says, use your whole hand to cleanse, sweeping upwards and outwards, before removing with a lukewarm face washer.

The second cleanse, says Grant, can take a little more vigour – and remember to focus on areas of concern such as the corners of the nose, crease of your chin and forehead.

As for products on Grant’s radar (the Skincare Edit section on Grant’s website sells a tightly curated selection of the products she uses and recommends) Augustinus Bader ’s cleansing balm is a mainstay, as is Biologique Recherche Lait VIP or Cosmedix Purity Clean.

Lucy Shaw, skincare education manager at beauty retailer Mecca, says it’s important when choosing a cleanser to not only consider one that is right for your skin type but that also takes into consideration what exactly you need to remove – be it make-up, sweat, sunscreen, environmental pollutants or all of these things.

“If your skin is overly oily, choose a gel or foam that will balance out your oil without stripping the skin. If your skin is dry on the other hand, I would recommend choosing a milk or balm that will leave some moisture behind.

Read Also
The most searched skincare product in 2020? Face cleansers 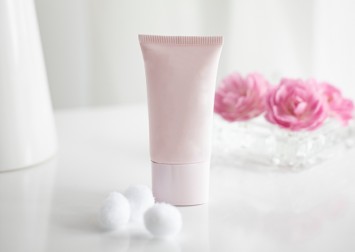 “It’s important to take into consideration what it is that you’re removing, because there are a lot of ‘long-wearing’ products out there that, if left on the skin, can cause breakouts and texture,” she says.

Shaw is a big believer in the double cleanse too. Especially if you are using sunscreen every day (which you absolutely should be doing) .

“I recommend doing a double cleanse – firstly with an oil that will thoroughly dissolve everything, then choose your second cleanse according to skin type,” she says.

Shaw says there has been much innovation in the cleansing category in recent years. This includes cleansing devices, as well as the influence of Korean and Japanese skincare .

“Korean skincare is known for its advanced and innovative technology, so I think that we will continue to see lots of deep-cleansing but gentle formulations and education around massage techniques that will substitute your usual trip to see your facialist or aesthetician,” she says.