Calvin Zhang (right) and Professor Richard So co-developed the Incus hearing aid, designed to mimic the natural ability of the human brain to quell background noise and sharpen target sounds.

Calvin Zhang's inspiration for Incus, his hearing aid company, was drawn from his relationship with his grandfather, with whom he was very close.

"He taught me how to play chess, how to swim, how to hunt, how to plant watermelon."

He noticed when his grandfather's impaired hearing got worse. He would turn the volume on the television louder and louder – but refused to wear his hearing aids.

Zhang would learn that his grandfather's behaviour was not unusual: in Hong Kong, only five per cent of the hearing-impaired wear hearing aids, because traditional devices are uncomfortable, noisy or inaccessible, he says.

With an interest in audio developed through his penchant for music, Zhang pursued a degree in signal processing so that he could understand sound at a fundamental level.

He teamed up with Professor Richard So Hau-yue at the Hong Kong University of Science and Technology, who had dedicated almost 20 years to the technology of hearing aids.

They collaborated to find a way to effectively manage noise reduction in hearing aids so that wearers were spared the buzz and fizz of older models.

They invented a device that mimics the natural ability of the human brain to quell background noise and sharpen target sounds, such as speech or the sound of the television.

And Incus was born – named for the small bone in the middle ear, sometimes called the anvil for its shape, that receives vibrations to translate as sound.

Losing your hearing can be enormously isolating, Zhang says.

He considers it the second most important of the five human senses after vision.

Basic-level hearing loss reduces our ability to engage and communicate, and being hard of hearing leads to social isolation and losing touch with loved ones, he adds.

Studies have found a link between hearing loss and depression, and a 2020 report in The Lancet journal that identified a dozen modifiable risk factors for dementia lists being hearing-impaired as an independent and significant factor.

According to that report, hearing loss accounts for as much as eight per cent of dementia cases.

It's not just the isolation that comes with compromised hearing that's a problem, it's also the extra cognitive burden that it brings.

If you have to focus really hard on hearing, there will be a cost to other cognitive systems, such as your memory. 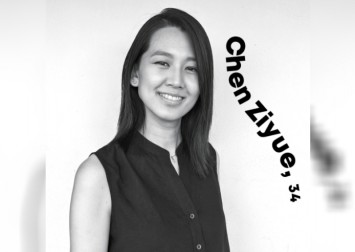 Some research suggests that hearing loss can even cause the brain to shrink.

According to the World Health Organisation, over 1.5 billion people globally live with hearing loss, a number that could rise to 2.5 billion by 2030.

A 2019 study poses that hearing loss is a greater risk factor for dementia than depression, social exclusion, diabetes or smoking.

Another study – conducted by doctors at Johns Hopkins University in Maryland, in the US – found that mild hearing loss doubled the risk of dementia.

Moderate hearing loss tripled it, and people with a severe hearing impairment were five times more likely to develop dementia.

The latest figures available for Hong Kong suggest an estimated 155,200 people (roughly two per cent of the population) had hearing difficulty in 2013.

Sometimes it takes a family member to gently encourage an older person towards getting a hearing test.

Eighty-year-old Chan Leung is a case in point. His family encouraged him to get a hearing test when they noticed he was struggling to hear and communicate.

A test established hearing loss, and he was fitted with traditional hearing aids, which helped. But he didn't like using them in busy environments because he disliked the background noise.

He now uses a pair of Incus Kite 2 aids with their special noise-reduction technology.

Eed Shen, an audiologist at Hong Kong's ENT Laser Hearing & Speech Centre, says all children born in Hong Kong are recommended to be tested at birth "so that if present, hearing problems can be detected early to prevent speech and language developmental issues".

She adds that most people are recommended to have hearing tests done by their GP, paediatrician or ENT (ear, nose and throat) specialist if or when they experience symptoms such as ear discomfort, tinnitus, vertigo or dizziness, ear blockage, or sudden or gradual hearing loss.

Although Shen sees some patients who want to check their hearing status independently without a doctor's referral, she says that many older people believe that hearing loss is normal in old age and don't actively seek help or get testing done routinely.

They just live with it, not realising how detrimental this could be.

Zhang says seniors should begin annual hearing tests from about the age of 60.

Statistics show that above 30 years of age, one-third of people will already be suffering with some form of hearing loss, he says.

A hearing test is easy and not uncomfortable, Shen says.

A standard hearing test, called pure tone audiometry, helps indicate the degree of hearing loss as well as the type of hearing loss, whether it is mostly in the middle or inner ear, or mixed.

Audiologists are able to counsel their patients about what they are able to hear and what they cannot, such as speech or environmental sounds, based on the results.

Hearing loss is described in decibels. 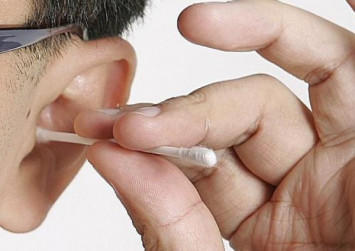 "People with normal healthy hearing can hear lower decibels," Zhang says, "but if you can only hear 40 decibels there may be some hearing loss. Sixty is more severe."

Each ear is measured independently as hearing in each can be different.

Sometimes hearing loss can be the result of something simple, such as ear wax or an infection, and might be easy to treat.

But all hearing loss needs to be investigated by a professional for a full diagnosis, to identify the situation and try to find the cause and the extent.

Sometimes hearing loss is permanent. Permanent hearing loss can be caused by prolonged exposure to noise levels over 85 decibels, such as a loud work environment, or listening to music at high volume.

Often, it can just be caused by advanced age.

We can't do anything about getting older but we can do something about hearing loss and in turn minimise our dementia risk.

Solutions are becoming more comfortable and sophisticated all the time.

What of Zhang's grandfather today? He's 81 and delighted with his Incus hearing aids, which he wears happily.