Singaporean Shaiful Irwan suffered a heart attack aged 43. He kept fit before the attack, and afterwards, he returned to strength training, cycling, hiking and playing soccer.

It came as a shock to the 43-year-old. Irwan was active - he played football and floorball - and did weekly core-training sessions. He also walked and kayaked with friends.

His heart attack - he had a 90 per cent blockage in one of his arteries - occurred three months into Singapore's circuit breaker (stay-at-home order) to fight the spread of coronavirus, leading him to believe that it was triggered by a lack of physical activity during that period combined with too much rich food.

While in hospital, Irwan underwent a balloon angioplasty and stent procedure. Eager to get back to physical activity after he was discharged, he sought the help of physiotherapists at the hospital, and later, the Singapore Heart Foundation.

Under their guidance, he resumed his workouts, gradually increasing their intensity.

Irwan started with cycling and walks. As his heart became stronger and his stamina improved, he cycled longer distances. After months of training, his cycling friend encouraged him to participate in Ace Race UK’s 300km in 30 Days event, which he completed earlier this year.

Today, in addition to cycling and walking, Irwan hikes with friends and plays soccer when his schedule permits.

Heart attack survivors are often told to avoid exerting themselves, even many months after they’ve recovered. But research by Britain’s University of Leeds found that patients feel better if they do additional physical activity. 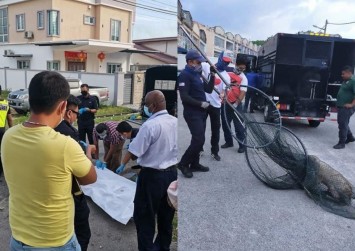 According to the study, presented in April 2020 by the European Society of Cardiology, heart attack patients who attended lifestyle classes that include exercise, smoking cessation, advice on diet and stress management, and the importance of taking medications - also called cardiac rehabilitation - enjoyed a better quality of life compared to patients who did not.

However, patients who went to cardiac rehabilitation, and did more than the recommended minimum of 150 minutes of activity per week, reported an even higher quality of life compared to those who did neither.

This is important, since heart attacks can have a detrimental effect on a survivor's quality of life, including problems with mobility, self-care and other daily activities.

"Exercise improves fitness, which has both physical and mental health benefits," says study author Dr Ben Hurdus. "If you're more able to participate in activities that bring you happiness, then you're more likely to have a better quality of life."

Of course, people who've recently recovered from a heart attack should still be careful not to stress their bodies, but if they're keen to get back to exercise, how do they get an optimum amount of physical activity without pushing their heart too far?

Dr Jonathan Ti, from Dr Tan & Partners in Singapore, says there are many variables that must be considered, including severity of the heart attack and the patient's residual heart function and baseline fitness or activity level.

"There's no rule for determining how much exercise a person should engage in after a heart attack - each patient should be assessed by a cardiac rehabilitation specialist to understand what works for them. The patient will also be taught to use the 'Rate of Perceived Exertion Scale' to help them judge how much exertion they should be feeling with any given activity. Generally, they should build up their capacity to exercise at moderate intensity for 30 minutes at least five times a week."

"The heart is a muscle and, like any other muscle, it gets stronger with exercise," adds Chan Pui Yee, assistant principal physiotherapist at the Singapore Heart Foundation. "A strong heart works more efficiently and actually demands less oxygen. Similarly, keeping your other muscles strong also makes them more efficient and decreases their oxygen demand, and hence the heart needs to work less to pump blood around the body."

"Exercise is for everyone who has survived a heart attack, whether the attack was mild or severe," Chan continues. "Ask your doctor when you can resume physical activity. Once you're medically stable, you can start with light walking as early as just a few days after the attack."

She suggests taking short, gentle walks at first, even if it's for two minutes. Then, raise the intensity of the walk by adding gentle slopes or increasing your speed. You should exercise to the point where you're breathing harder and faster but can still have a conversation.

Between four and six weeks after your heart attack, aim for 15 to 20 minutes of physical activity at a time, gradually building up to 30 minutes a day, five days a week.

Read Also
'I might have died': Tennis coach escapes death from a heart attack thanks to weight loss 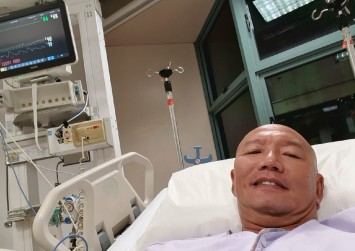 Chan recommends a range of exercises: aerobic such as brisk walking, swimming and cycling that condition the heart, lungs and circulatory system; flexibility exercises to help stretch your muscles, and weight-training exercises to strengthen your muscles.

"Use light weights and go easy in the initial weeks," she advises. "Do not hold your breath, which can limit blood flow to the heart and cause lightheadedness. For several weeks after your heart attack, avoid heavy lifting or other straining tasks - this can raise your heart rate and blood pressure."

"As your fitness improves you can engage in higher intensity exercise, like training for marathons, but you should work slowly towards it under the supervision of a cardiac rehabilitation professional. If you experience symptoms like chest pain, pressure or tightness, pain or pressure in your arm, jaw, neck or stomach, extreme shortness of breath, heart palpitations, giddiness, weakness or nausea while exercising, stop the activity." 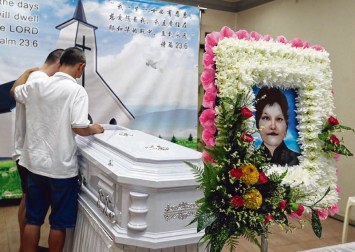 Irwan still sees his physiotherapist at the foundation twice a month to monitor his progress. He now takes better care of himself, eating balanced, wholesome meals and consuming most of his calories earlier in the day.

He says that exercising with friends and the advice he's received from his physiotherapists and doctors have made his journey to recovery easier and more enjoyable.

"It's important to have people around you who'll encourage, support and guide you. Having a positive mindset has also helped me on my quest to get fitter and stronger."