If there’s any news story that has competed with the coronavirus pandemic for attention in 2020, it is the royal saga of Meghan Markle and Britain’s Prince Harry.

Since their announcement on January 8 that they would step back from their roles as senior royals and work to be financially independent, they’ve been making headlines on a daily basis.

Are they moving to Canada permanently? Are British taxpayers going to foot the bill for their security detail? Since leaving Canada, how have they been handling parenthood and the pandemic in the luxury mansion where they’ve holed up in Los Angeles?

Juicy details from Finding Freedom: Harry and Meghan and the Making of A Modern Family , an upcoming biography written by Carolyn Durrand and Omid Scobie, have added to the incessant series of rumours around the couple. 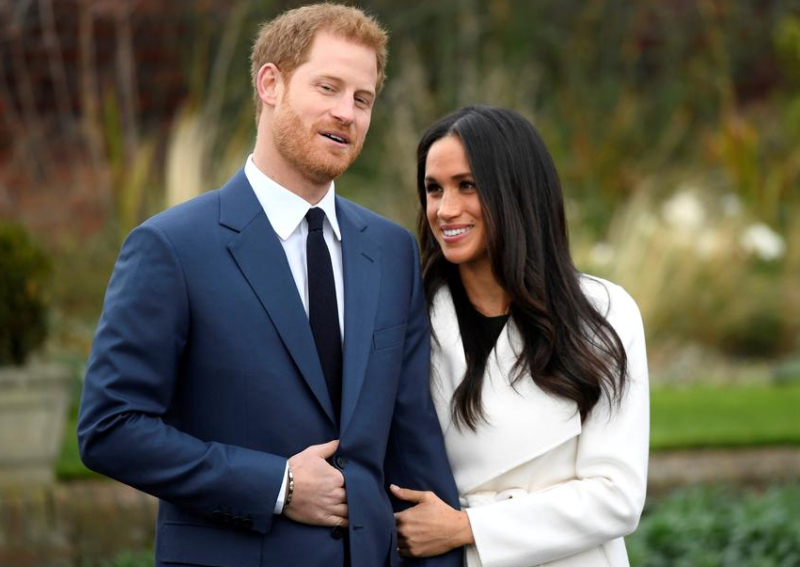 Whatever you make of this media frenzy, one thing is certain: when Markle (who turns 39 on August 4) wears something, there’s a surge of interest – whether it’s a cocktail dress from London-based label Self-Portrait , a red gown from Valentino, or a pair of Veja trainers.

According to Yasmine Bachir, global PR manager of online retailer Goxip and a royal expert, there’s one item that keeps standing out among the pieces in Markle’s wardrobe: the humble shirt.

“More meets the eye when it comes to Meghan’s clothing choices, and if you look closely, this simple item in Meghan’s wardrobe portrays a message each time,” says Bachir.

“What’s wonderful is that while we’ve seen Meghan wear glamorous outfits over recent years, we’ve seen more of her original and relaxed styles from her early pre-royal days return recently, and it’s always these easy-to-recreate outfits that are the most searched by shoppers .”

Bachir points out that on the cover of Finding Freedom , Markle wears a dark green shirt paired with a matching pencil skirt.

As soon as photos of the cover were released online in May, the Oldfield asymmetric silk crepe de chine blouse from British brand Joseph became the most viewed green blouse on Goxip, and searches for green blouses increased 42 per cent that month.

While Markle had no involvement with the design of the book cover or its content (the book is not an authorised biography), the choice of that photo from publisher Harper Collins reflects the importance of the shirt as wardrobe staple in Markle’s image. 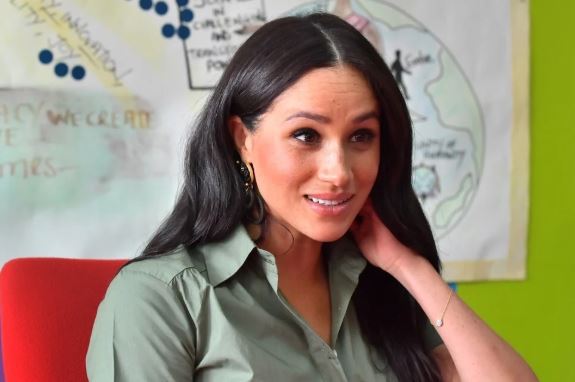 Markle in a khaki shirt in Johannesburg, South Africa in October, 2019. PHOTO: Reuters

For her first public appearance with Prince Harry, at the Invictus Games in Toronto, Canada, in 2017, Markle wore a plain white shirt by designer Misha Nonoo, who is also a close friend. Named The Husband, the shirt hinted at Markle’s future engagement with Prince Harry.

Three years after Markle wore it, customers are still searching for that exact piece on Goxip, even though the brand is not available on the site, according to the company.

More recently, there has been a surge in searches for the chambray denim shirt from US brand J.Crew that Markle wore in May for baby Archie’s birthday.

Markle is clearly a fan of this staple of every woman’s – and man’s – wardrobe. 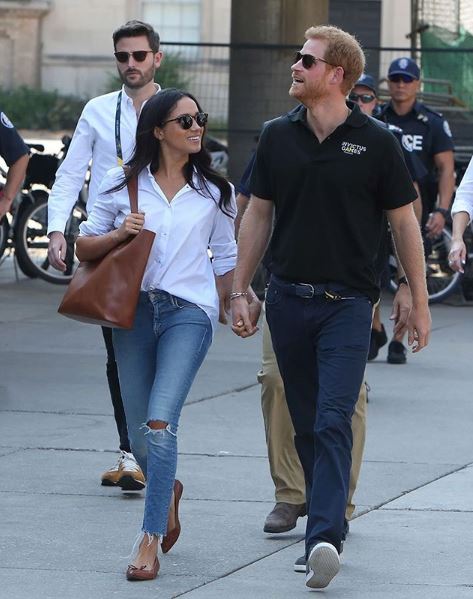 As her influence as a style maven continues to grow, even during periods of isolation and lockdown in the United States and the rest of the world, you can expect more women to opt for this timeless piece of clothing that Markle has chosen for many pivotal moments in her life in the spotlight, and that clearly resonates with everyday shoppers.

“Meghan has always been a minimalist at heart, favouring a pair of jeans, ballet pumps and a simple shirt as her go-to style,” says Bachir.

“And whilst in the past her Stella McCartney wedding reception dress and boat neck dresses have caused surges in demand, it’s always been her effortless shirts, with the most replicable potential, that have been the most popular.”