Why modern line dancing is ideal way for hijab-wearing Muslims to stay fit and age well, according to Malaysian mother of 4

Line dancing is ideal for Muslims who want to stay modest, says Morina Mohamed (above), and it helps the 58-year-old stay young and in shape.

If you love dancing but your partner doesn’t, line dancing can be the perfect solution. “And if you’re a practising Muslim who is not supposed to get too close to anyone but your husband, it is really ideal,” says Morina Mohamed.

The 58-year-old Kuala Lumpur native thrives on fun activities, and line dancing – in which lines of dancers perform choreographed sequences – has helped her stay positive through the coronavirus pandemic. Universal choreographies and easy-to-follow step sheets available online have allowed line dancers across the world to dance “together while apart”.

When the world starts opening up again, Mohamed is ready to join in-person events and workshops and hopes to do so in Malaysia and abroad, like she used to.

“The beauty of line dancing is that you can join events all over the world and literally just drop in as long as you know the basic steps,” she says.

While traditional Malay dancing has been a part of Mohamed’s life for as long as she can remember, she only started line dancing at the age of 45. Having lived in the US state of Iowa for six-and-a-half years, Mohamed was familiar with the original country-and-western style of line dancing.

“But I wasn’t too keen on the cowboy hats and ‘yee-haw!’ calls, so when I realised that modern line dance was a thing, I wanted to learn more,” says the mother of four.

Modern line dance can be choreographed to all genres of music, from pop to Latin, country to Irish, and is based on traditional line dance steps such as the sailor’s turn, the heel and heel or kickball steps – many steps are borrowed from dance styles such as the cha-cha, tango, even the waltz. 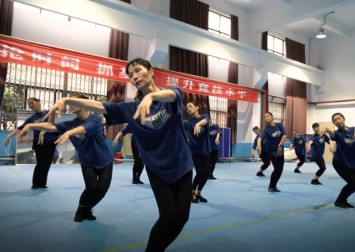 Mohamed – a qualified associate teacher with the Imperial Society of Teachers of Dancing in the UK – is particularly keen on the Motown genre, but she incorporates traditional Malay dance moves whenever she gets the chance.

She is also a member of the Klang Valley Harmony singing group, which took part in the Jerusalema World Dance Challenge, based on the 2019 hit by South African artist Master KG.

“We had to follow the choreography but there were bars for free interpretation, so I decided to add some Malay dancing moves and with our beautiful costumes, I think our contribution was really special,” she says.

In earlier photos, Mohamed can be seen dancing without a hijab, a veil covering the head and chest. However, two years ago, she carried out the haj, a pilgrimage to Mecca in Saudi Arabia that practising Muslims must make once in their lifetime.

Prior to the haj, she had worn the hijab only for special family or religious occasions. When she chose to wear it full-time, people asked if she should modify her lifestyle and continue line dancing.

“People thought I would become a boring homebody, but the hijab has never prevented me from singing, dancing, exploring, travelling – or even taking a diver’s certificate,” she says.

Mohamed wears a headscarf for performances but styles it in fun, creative ways – and finds ways to compromise. “At a certain point, we did a sequence of belly dancing and the two girls flanking me showed their bellies but I didn’t,” she says.

Similarly, Mohamed sewed sleeves onto her costume when her fellow dancers were wearing spaghetti straps for a Charleston routine.

“It’s really not a big deal,” she says, and wishes her sceptical Muslim friends would join in and see that line dancing is “safe” because there is no direct contact with the opposite sex. Even if there were, line dancing is not exactly popular among men in Malaysia.

Women, on the other hand, flock to line-dancing events in the Southeast Asian country. “And there really is no end to the creativity here – particularly when it comes to the music used in line dancing,” says Mohamed. One Malaysian dancing school recently posted a line dancing tutorial to Adele’s ballad Easy on Me .

Line dancing keeps her mind and spirit young. “Line dancing is based on structure, so you’re constantly counting and memorising while trying not to bump into anyone – and sometimes at meets, you have to learn up to 60 different choreographies by heart,” she says.

She leaves her twice-weekly classes with her spirits lifted and with the added bonus of having exercised without even thinking about it.

“But I’m still overweight and that is bugging me, since in Malaysia, everything is centred around food,” she says. “On top of that, people are very direct and honest so, for example, strangers will come up to me and tell me that I am ‘so prosperous’” – meaning well-fed. 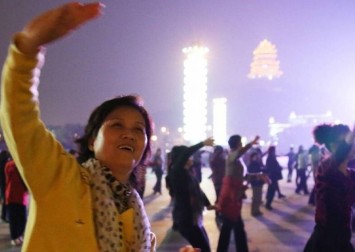 In her late 30s, Mohamed was diagnosed with autoimmune disease and osteoarthritis. Three months ago, she discovered that she has diabetes and hyperthyroidism – her thyroid’s hormone production is in overdrive. She has been told the thyroid problem is likely why she is struggling to lose weight, so she has shifted her focus to “healing by food”.

She mainly follows the diet of US-based clinical professor of medicine at the University of Iowa Dr Terry Wahls, who began studying food and vitamins after she was diagnosed with multiple sclerosis , an autoimmune disease.

“I eat a lot of vegetables and organs – and on top of that I no longer drink milk and I have started only drinking alkaline water , which has made a huge difference to my health,” Mohamed says.